6 Colombian Customs Only Locals Will Understand 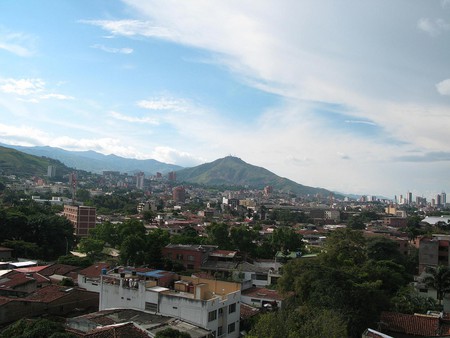 Like every other country, Colombia has unique customs and traditions that leave visitors from other countries perplexed. Known for being some of the happiest people in the world, Colombians are generally family- and friend-orientated, with social events accounting for a number of unusual practices. Here are six Colombian customs that only locals will understand.

Yes, that’s right – while this mix of sweet and savoury may seem strange to foreigners, locals enjoy this delicacy on a regular basis, and more so over the Christmas holiday period. This Colombian favourite is a mix of hot chocolate and cheese, whereby the cheese is added to hot chocolate to melt and forms a liquid substance. This is then drunk and the cheese is often eaten with a spoon. 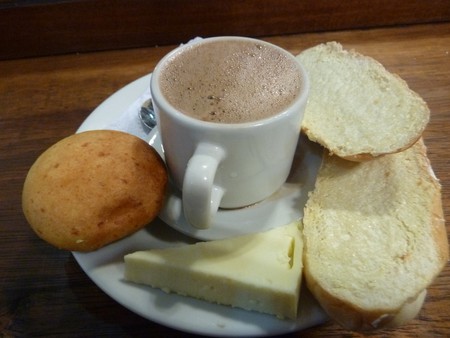 Colombia’s speciality drink is Aguardiente, and is often sold in both glass bottles and cardboard containers similar to milk or juice packaging in other countries. At evening social events it’s common for groups of friends to purchase a carton of Aguardiente, cut the corner off and drink straight from the box, sharing amongst friends and taking it in turns to take a shot from the box.

While drinking Aguardiente from cardboard boxes is common, it’s also normal for groups of friends to drink from the same shot glass. Often someone will have a glass bottle or cardboard box of alcohol and one or two shot glasses, which will be passed around a group of friends in social events. 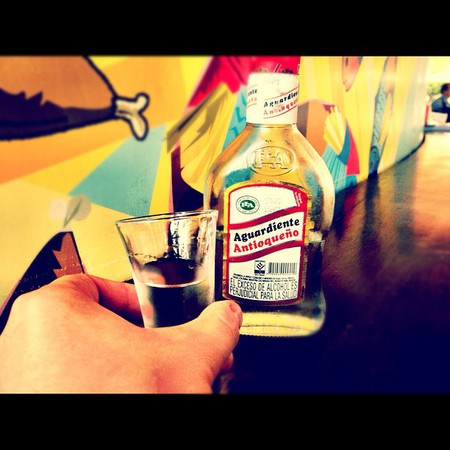 Playing a sport which involves fireworks, an iron weight and beer

Tejo is known as Colombia’s national sport, it is often played in small towns or as an evening event. It involves a Tejo court or field which is 19.5m (64 foot) long and 2.5m (8.2 feet) wide, with each Tejo arena housing between three and five individual courts. A box filled with wooden clay, measuring 90cm (35 inches) wide and 1m (40 inches) long sits at each end of the field. In the centre of the box is a hollow circular pipe, upon which small triangles filled with gunpowder are placed. When the triangle and pipe touch with force, a firework-type explosion happens. The game takes place in two teams; each team member has a iron puck called a ‘tejo‘, which they throw at the clay-filled box. The aim of the game is to get the puck inside or as close to the circular pipe as possible, or make the gunpowder explode (points awarded accordingly). While playing the game is free, groups wishing to do so must purchase a crate of beer to consume while on court. 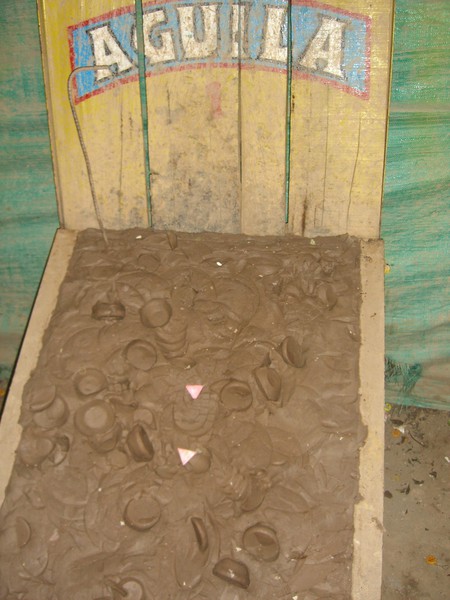 Celebrating Christmas for the whole of December

Colombians celebrate Christmas for the whole of December, with festivities beginning on December 7 with the Día/Noche de las Velitas (Day or Night of the Candles). This event usually takes place around 7pm in the evening, with families and friends gathering to light candles and lanterns in the street. Events continue into the early hours of December 8, itself a public holiday when the Inmaculada Concepción (Feast of Immaculate Conception) takes place. On December 16, events continue with the first Novena, an evening to celebrate devotion with private and public prayers. Usually taking place in a family or friend’s house, large groups gather to sing carols with instruments called villancicos, eat traditional Colombian food, read verses from the bible, and celebrate the arrival of Christmas. The event carries on for nine consecutive days, with the last Novena taking place on Christmas Eve.