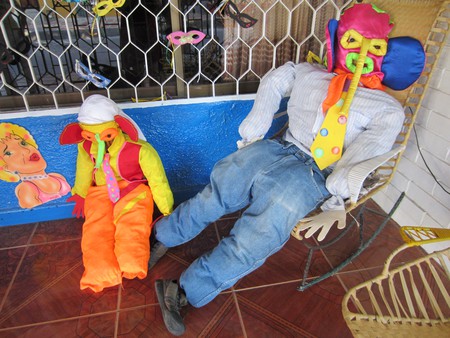 Marimonda, an effigy of the Barranquilla Carnival

While everyone is aware of the vibrant celebration of Rio Carnival, many people are less familiar with Colombia’s largest carnival, which takes place in the Caribbean coastal city of Barranquilla. Like Rio, this event occurs during the four days before Ash Wednesday each year, but it has its own colors, music and dance that make it extraordinary in its own special way. Here are five things you didn’t know about Barranquilla Carnival.

It’s a tradition that dates back hundreds of years

In its official form, Barranquilla’s Carnival started during the late 1800s. The first President of the Carnival was appointed in 1899, and the first main parade, the Battle of the Flowers, took place in 1903. In truth, however, the origins of the festival date back much earlier. In Europe, the tradition has its roots in folk festivals, as inhabitants prepared for foodshortages during the final months of winter when grain stores normally ran low – later, churches sanctioned fasting and sacrifice for Lent. When the tradition arrived in Colombia, the indigenous and Afro-Colombian minorities took the event as a chance to subvert hegemonic European culture and religion by parodying them in the irreverent and life-affirming Carnival celebration. 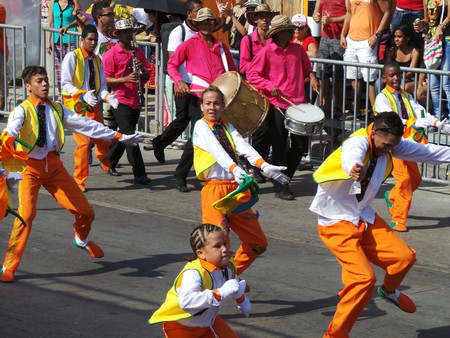 It mixes the heritage of three continents together

Half the inhabited continents of the world are represented in the blend of cultures that makes up Barranquilla Carnival. Although the celebration officially marks a Christian tradition – the last days before Lent and six weeks of sacrifice Christians observe running up to Easter – the music, dance and culture of 18th century African slaves and indigenous groups from the region have also heavily influenced the carnival spirit and its expression of humanity. This blend is the essence of the festival and creates the colorful cultural fusion that entices millions of visitors to the city each year from around the world.

Due to its standing as one of Colombia’s predominant folkloric celebrations, UNESCO proclaimed the Barranquilla Carnival to be a Masterpiece of the Oral and Intangible Heritage of Humanity in 2003. The UN agency has recognized the unique geography of Barranquilla in the Caribbean that allowed Spanish, African and indigenous cultures to blend into the festival’s traditions of expressive dance, music and costume. While the festival has enjoyed growing success since the 20th century and has helped low-income families in Barranquilla, UNESCO recognizes that the traditional expressions must be protected from the ongoing threats of commercialization. 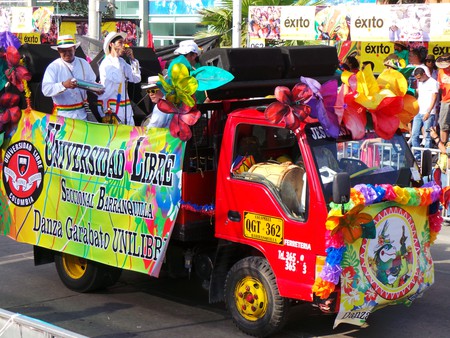 The cumbia is key to understanding

The cumbia is a dance-oriented music style that showcases Barranquilla Carnival’s cultural fusion especially well. Cumbia originally began with the Afro-Colombian populations as a traditional courtship dance, but went on to mix with Amerindian and European instruments to form one of most popular genres of music in Colombia and Latin America. While a rich variety of musical styles are performed during Carnival Barranquilla, cumbia is the most prominent. During the carnival, performers keep the original traditions of the cumbia alive as they court each other to the drum and flute music.

Marimonda is the quintessential character

Barranquilla locals – known as Barranquilleros – take pride in the marimonda as the only Carnival character with origins in Barranquilla. The masked character with a long nose and big ears appears like a monkey mixed with an elephant dressed in bright, mismatched colors. Originally, the marimonda was created by a poor man who used the resources available to him to poke fun of high society. The poor man did this by giving the marimonda a comical suit and jacket with two ties – one on the front and one on the back – and large pants he borrowed from his brother. Today, with erratic and playful dancing, the marimonda represents the humorous and irreverent spirit of the Barranquilleros. 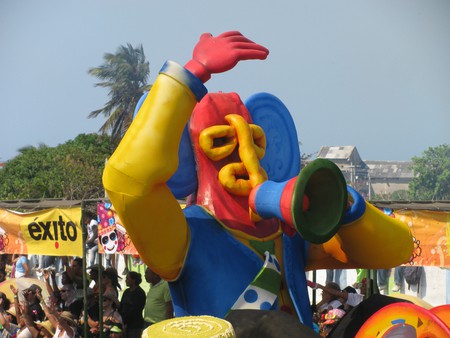