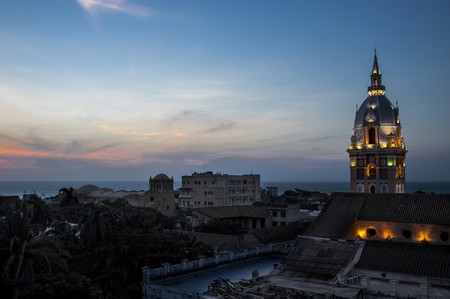 There’s so much to see and do in Cartagena that it can be nearly impossible to choose your activities during a visit. However, there are some attractions that are unmissable: here are the 20 must-visit attractions in Cartagena, Colombia.

This 16th-century Spanish castle stands in a commanding location overlooking the bay of Cartagena and the city below. A UNESCO World Heritage Site, the castle is a maze of tunnels and turrets and is definitely one of the city’s must-visit attractions. 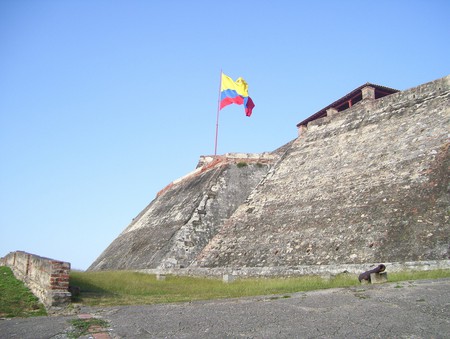 Formerly a hotbed of drugs and prostitution, Getsemani has fast evolved into Cartagena’s hippest and most exciting neighbourhood. The focal point of the area is the buzzing Trinidad Square, where locals and tourists alike gather each night to eat, drink and dance. The walls of Getsemani are also covered in beautiful street art.

The clocktower at the entrance to the Walled City of Cartagena is one of the city’s most photographed landmarks: a beautiful, pastel yellow building, it is surrounded by the walls of the old fortifications of Cartagena, and there are even some market stalls in the arches beneath the tower. 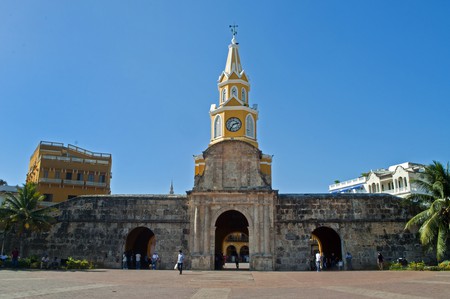 The lovely blue waters and mangroves of Isla Grande, just under an hour by boat from Cartagena, are the perfect place to relax and enjoy a few hours in the hot Caribbean sun, or to hire a kayak and head out exploring around the island.

The Zenu indigenous people, who once inhabited the coastal regions to the southwest of Cartagena, were amazing goldsmiths, and this fantastic museum is a living testament to their ingenuity and talent. It might not be as sprawling as Bogota’s Gold Museum, but it’s definitely worth half an hour of your time. 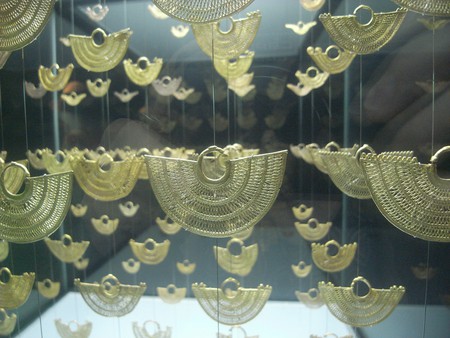 Another top beach day trip from the city, Playa Blanca can certainly get busy on weekends, but with good reason: the picturesque, white-sand beaches and palm trees make it the archetypal Caribbean destination. 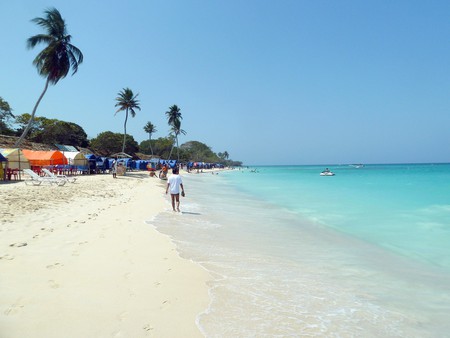 This small, leafy park just outside the entrance to the Walled City would be fairly nondescript were it not for the fact that it is home to a small population of wild monkeys, iguanas and sloths. There can’t be a much more unexpected sight in the city than these sleepy sloths making their way through the park at dusk.

A simple day trip from Cartagena, San Basilio de Palenque holds the distinction of being the first free slave city of the Americas. It is still a poor and underdeveloped place, but it’s a fascinating window onto Afro-Colombian culture. The village is a UNESCO-recognised site, with its own unique language, customs and musical genres. 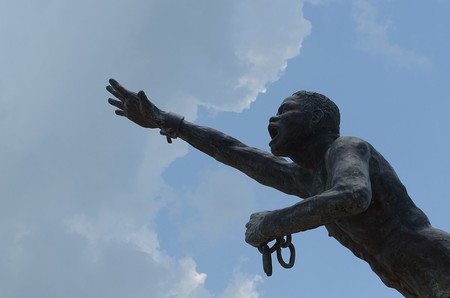 The statue of Benkos Bioho in Palenque | © Caracol Viajero / Wikicommons

If you come to Cartagena, then you can’t avoid going out to dance, and Quiebracanto and Cafe Havana are two of the best nightspots in the city. Both are located in the hip Getsemani neighbourhood and are packed every weekend with revellers, dancing to the joyous strains of cumbia and salsa until dawn.

One of the busiest and most bustling squares in the Old Town of Cartagena, Santo Domingo Square is the perfect place to grab a cold beer in the sun and watch the world go by. It’s also surrounded by gorgeous old buildings, and at the centre of the plaza stands one of Fernando Botero’s most famous sculptures. 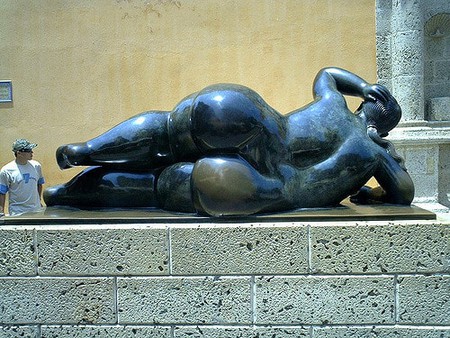 Cartagena’s bustling food market is not for the fainthearted: it’s a noisy, claustrophobic place, but it also offers a glimpse of a totally different side of Cartagena than the prim and proper Old Town. With amazing street food and a real local atmosphere, it’s worth coming early in the morning to see the fishers arrive with their catches.

Cafe del Mar is the best spot to take in the glorious Caribbean sunsets that Cartagena has in store for you: a trendy cocktail bar on the old city walls, it overlooks the Caribbean and – although it can get windy – there’s no better place to enjoy a piña colada and a sunset.

Palace of the Inquisition

Don’t be fooled: although the Palace of the Inquisition is one of the loveliest buildings in Cartagena, it was also the site of the some of grizzliest moments in the city’s history, as the Inquisition used it to imprison and torture suspected heretics. It’s now a fascinating museum, housing some of the original torture weapons, as well as colonial artefacts.

Located at the site of a former jail, Las Bovedas is one of Cartagena’s best street markets and the perfect place to pick up any souvenirs you’ve been after from your trip. Each stall is housed in a former cell. It is said that the cells were so close to the Caribbean that prisoners would often find themselves knee-deep in seawater!

This monastery sits on a 150-metre (492-foot) hill, the highest point in Cartagena, and its lovely gardens and fascinating religious iconography make it one of the city’s most underrated and beautiful tourist destinations. The views are, as you’d expect, spectacular.

Named after the legendary patron saint of slaves, who lived and died in Cartagena, this is one of Colombia’s most beautiful churches and is well worth a visit for its lovely architecture and the pretty square on which it is located. 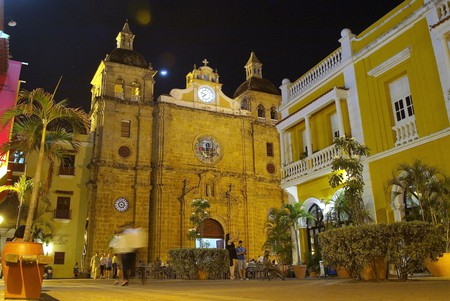 India Catalina was a local indigenous woman who played a key role in the Spanish conquest of Colombia, acting as an interpreter for Pedro de Heredia during the conquest, after being abducted from her village. Her image has become an icon of Cartagena, and this beautiful monument to her stands in the historic centre.

A popular backpacker day trip, this active mud volcano, as well as being the smallest volcano in Colombia, is famous for its alleged healing properties. Up to 15 guests at a time can bathe in the dense, warm mud (with an optional massage available too), before heading to the nearby sea to be washed off. It’s dirty, relaxing fun! 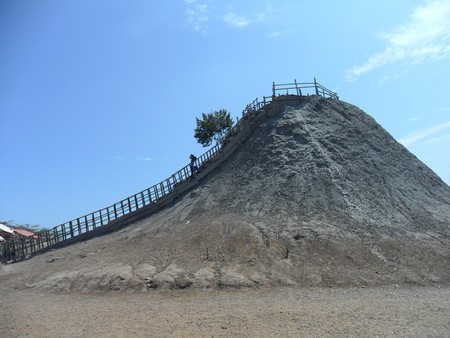 This pretty, shady square in the heart of the Walled City is the perfect place to sit back and watch the world go by: local dancers often perform in the square, and it always has a pleasant, Caribbean vibe.

The theatre itself is a beautiful building, but it’s what’s inside that counts at the Adolfo Mejia Theatre: the stage curtain and magnificent cupola were both painted by famous local artist Enrique Grau and are some of the most gorgeous works of art in the entire city.