Things Tourists Should Never Do in Colombia, Ever 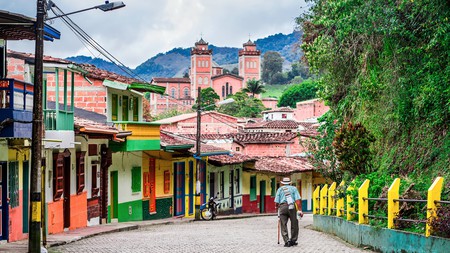 Colombia is a fantastic destination with wonderful people, so follow our guide to make sure you have fun here without treading on toes | © Ulf Huebner / Alamy Stock Photo

It’s one of the hottest up-and-coming travel destinations in the world, and millions of people are desperate to discover what the country has to offer, including biodiversity, friendly people and great food. That said, there are still things you should be aware of if you plan to visit Colombia, so here are the things no tourist should ever do here. 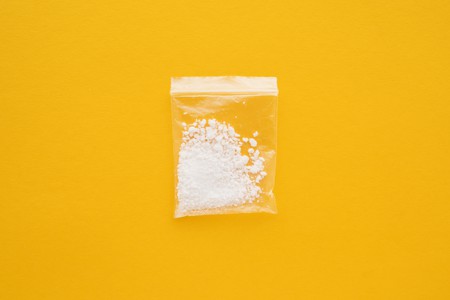 This is definitely the number-one rule for tourists in Colombia. Illegality aside, the narcotic has caused nothing but hurt and suffering for most Colombians and is generally a taboo topic. If you want to have a serious discussion about the subject, go right ahead, but avoid taking it or asking Colombians for it, as you’ll just offend people. Ditch the coke jokes, too, they aren’t funny.

Wear flip-flops and shorts in Bogotá

This one isn’t really about offending anyone – although some Colombians may be baffled by seeing travelers wandering around the chilly capital dressed for Cartagena – but is more for your own comfort. People often wrongly assume that Colombia is a Caribbean nation, and that it’s nothing but hot, hot, hot. Of course, there is a Caribbean coast, but Bogotá is way south and sits 2,600m (8,530ft) above sea level. It can get very cold at night, so bear that in mind when you pack.

Refuse a shot of aguardiente 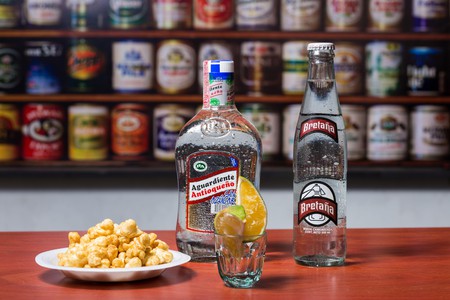 When a friendly Colombian offers you a shot of the local spirit, just say yes. It’s not really seen as drinking in Colombia – think of it more as a gesture of friendship and unity. If you’re a recovering alcoholic, don’t feel pressured by it, but if you are a drinker, get that shot down you. 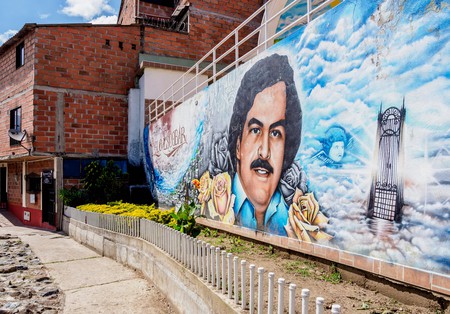 You’d be amazed by how many tourists in Colombia inexplicably think that jokes about the most painful chapters of the country’s history are hilarious and bound to amuse locals. They won’t – they will simply make people dislike you, so avoid these subjects at all costs.

The Colombian expression dar papaya roughly means “give an opportunity,” and means that you shouldn’t make it easier for someone to take advantage of you or rob you: don’t wander around flashing cash, your camera or your expensive smartphone at every opportunity. Show a little tact and use a bit of common sense and you’ll be fine. 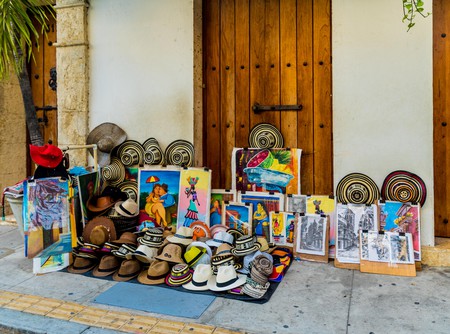 Haggling at the market is all good, but do it with a light touch | © chrispictures / Alamy Stock Photo

Haggling is a perfectly normal custom in Colombian markets – although not, as many travelers seem to think, at regular shops or the bus station. And yet Colombians can be very sensitive to perceived criticism or threatening behavior, and they don’t appreciate an overly pushy haggling style. Keep the haggling light-hearted and you stand a much better chance of getting that discount and making a friend. 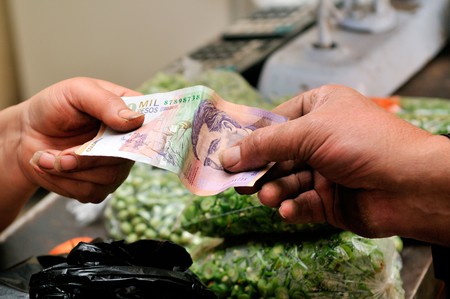 Colombia is still very much a cash economy and it can be tricky to pay by credit card, especially when you’re traveling beyond the big cities, so make sure you always have at least enough cash on hand for the day ahead.

Dress down in a nice place

Colombia has a surprisingly formal culture when it comes to attire, and it’s considered quite rude to turn up to a restaurant or club in shorts and flip-flops. Even on the coast, where it’s very hot, people go out in jeans and shirts, so make sure you pack at least one decent outfit if you’re planning on eating out or going clubbing.

Hail a taxi at night

We’re not saying it’s an automatic death sentence, but it is much safer and more sensible to order one via a taxi app or to ask the hotel, bar or restaurant to order one for you, especially if you’re by yourself, as it’s so much better to be safe than sorry. 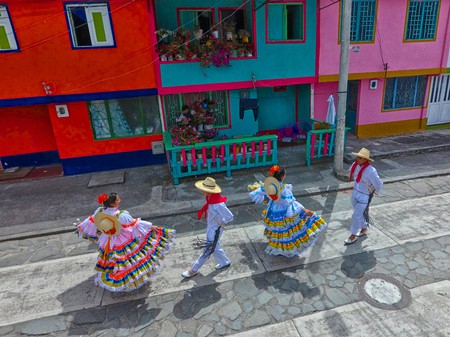 OK, not all Colombians can throw shapes, but plenty can – and more importantly, people really love to dance in this country. It’s just not the done thing to turn down a polite invitation to join someone in a dance, so forget those nerves and embarrassment, get on the dance floor and shake a leg.

Sadly, although Colombia produces some of the best coffee in the world, most of it is exported internationally. Most of what is served in Colombia is of pretty poor quality, which often surprises tourists and even annoys some people. Sure, you can find amazing Colombian coffee in big cities or the Coffee Region – between Medellín, Cali and Ibagué – but don’t expect a flawless brew wherever you go. 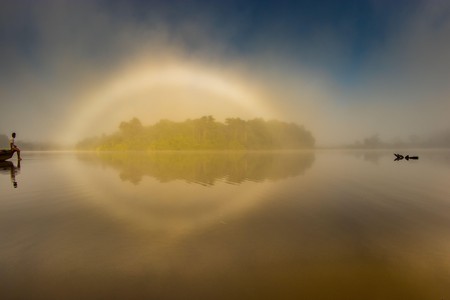 It’s taken a long time for tourists to gain confidence about traveling to Colombia, and most of the guidebooks tend to play it safe, focusing on already-popular and well-known spots. As a result, they don’t include much in the way of off-the-beaten-track treasures, which Colombia also has in spades. Our advice? Use the guidebook for inspiration here and there, but get online and ask locals for tips as well: you won’t regret exploring Guainía, Vichada, Casanare, Caquetá or Putumayo.

This is, with the greatest will in the world, not the most punctual of countries. Colombian time can be quite a lot more elastic than the kind of punctuality many tourists are used to, so adjust your watches to local time, chill a little and don’t be surprised if your 8am pickup arrives closer to 8:30am. Yes, it can be frustrating if you let it get to you, but the sooner you relax, the more fun you’ll have, particularly if you’re here on vacation.

Colombians dance close, and even strangers dance with each other. So when that beautiful man or woman is pressed against you in a salsa clinch, it doesn’t mean they’re looking for more. And if your new squeeze is twirling around the dance floor with someone else, it’s no reason to get jealous. Colombia, at heart, is still a conservative, Catholic country, so be warned – jumping to the wrong conclusions can cause deep offense.

Drains and pipes in Colombia are narrow, poorly vented and often flat, and the sewage systems are not designed to process anything more than natural human waste. This is why you’ll always find a basket next to the bowl in a Colombian toilet, accompanied by a sign in tourist establishments. Throw your used paper, wipes and other items in there, as flushing will result in a blocked or overflowing toilet.

Assume that yes means yes when asking for directions 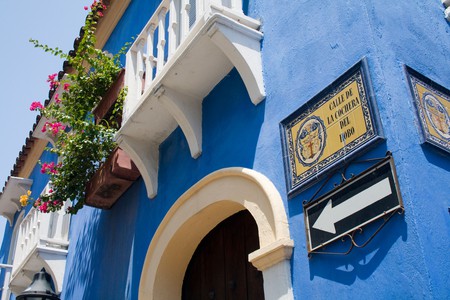 Ask which way you should go, instead of asking for confirmation | © Daniel Vernon / Alamy Stock Photo

Colombians don’t like to disappoint, even when it comes to giving directions. That’s why when you ask, “Is this the right way to such and such a place?” the response will usually be “Yes” – even if it’s not the right answer. It’s better to ask, “Which way should I go?”

Refuse an offer of food 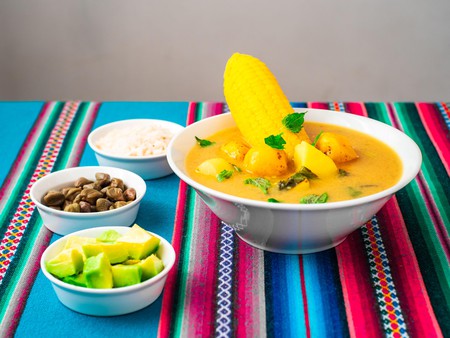 With myriad tropical fruits, roll-like arepas – delicious when split and buttered – and those tasty turnovers called empanadas, Colombia is a country with food worth savoring, and locals are passionately proud of their cuisine. Expect to have plates piled high by Colombian hosts – even if you’re not invited to dinner. This is a country where an offer of food is an offer of friendship, and refusal will be seen as rejection.

Get confused over commas and dollar signs

Colombians write breaks in large numbers with commas and place a period (full stop) and a series of zeros at the end of a number. They also use the dollar sign ($) for the Colombian peso. This means that ten thousand pesos is written as $10,000, while ten pesos can be written as $10.000. Confusing the commas and periods or pesos and dollars can be costly, so check before you pay. 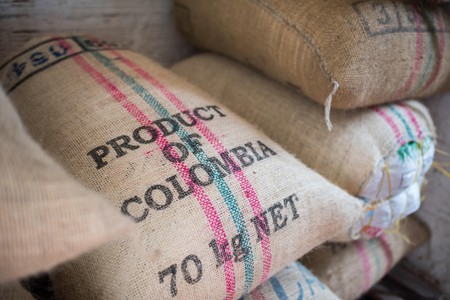 Colombian coffee beans are mostly grown at high altitudes, and as a result, they’re packed with flavor – but they’re also so acidic that they can curdle milk. Brazil, the country’s great coffee rival to the south, produces smoother-flavored beans, grown at lower altitudes and preferred by many. But asking for Brazilian coffee in Colombia is liking telling a Canadian you prefer American maple syrup or asking for marmite in Sydney.

If you need something done right away, make it clear. Colombians are not always direct about their “yes” or “no.” “Later” (mas tarde) or “tomorrow” (mañana) will be interpreted to mean it’s not urgent. Say “I need it now” (yá) or specify a time.