11 Ways You'll Get Arrested in Colombia 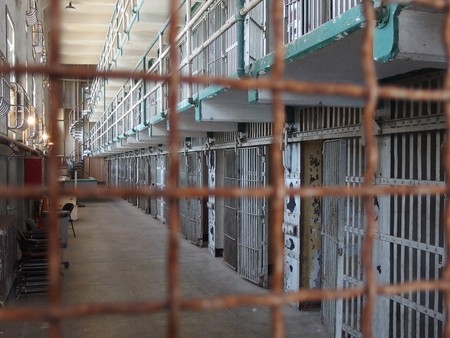 Following the arrest of an Australian traveller in Colombia on drug-trafficking charges, there has been an increased media spotlight on the South American country and its drug laws. While it’s rare for a traveller in Colombia to commit such a serious crime, visitors can sometimes end up on the wrong side of the law. The good news is that it’s not hard to avoid getting arrested in Colombia: simply steer clear of the following, and you can enjoy your time here in peace, instead of in a jail cell.

Colombia’s reputation as the world capital of cocaine production has sadly turned it into a popular place for travellers to attempt to buy and consume the drug. There seems to be an attitude among visitors that buying cocaine in Colombia is somehow more acceptable than elsewhere, and consequently it is all too common for travellers to find out the hard way that this is simply not the case. While possession of very small amounts of cocaine carries no penalty, the punishment for being caught buying or consuming it can be swift and strong, and those caught can easily end up in jail. 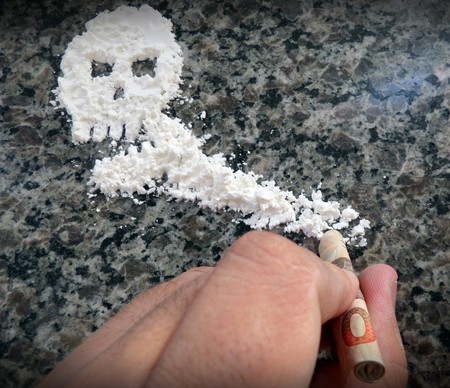 Cocaine has caused so much suffering in Colombia | © sammisreachers/Pixabay

It’s bad enough being caught buying or consuming drugs, but the penalties for being involved in drug trafficking are extremely severe. With a possible jail sentence of up to 25 years (and Colombian jails aren’t exactly relaxing and comfortable places) it’s simply not worth the risk. It can also be a common tactic for drug cartels to use people as ‘sacrificial lambs’ in order to distract authorities from other larger shipments leaving the country, so be extremely vigilant and cautious, and never accept packages or bags from anyone.

It’s a common assumption for travellers in Colombia that you can get away with almost any crime by simply quietly offering a fistful of banknotes to the arresting officer. While this can sometimes be the case, Colombia is currently taking steps to crack down on corruption, and attempting to bribe a member of the police or armed forces is a crime. It is also illegal for police to solicit bribes (over 400 police were removed from their posts over corruption charges in the first three months of 2016), so consider reporting any officer who tries to shake you down.

As one of the worlds most biodiverse countries, Colombia faces a massive battle against animal trafficking, with police arresting over 5,000 traffickers in the first nine months of 2016 alone. From tiny fish larvae hidden in ink pens to giant shipments of crocodiles, iguanas, and monkeys, animal trafficking represents a huge threat to Colombia’s natural diversity. With a maximum punishment of between 48 and 108 months’ jail time, trading in or illegally possessing wildlife is a surefire way to get arrested. 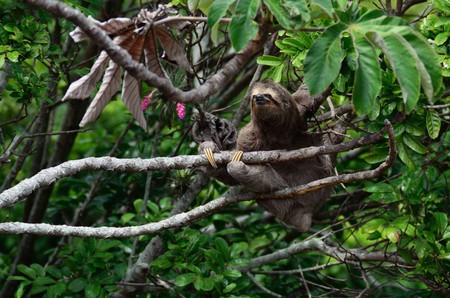 Although prostitution in Colombia is legal in designated “tolerance zones,” the country’s struggles with war and internal displacement have left minors vulnerable. Due to the sad trend towards so-called “child sex tourists,” the Colombian government has strengthened its efforts to stamp out the practice, with warning posters commonly seen in hotels and hostels, and the imposition of heavy jail sentences. Thankfully, the overwhelming majority of travellers would never dream of engaging in this activity; however, it is also important to be vigilant and to report any signs of child exploitation to the police.

A sad trend relating to Colombia’s lax laws on prostitution, sexual tourism has become rife in major Colombia cities such as Medellin and Cartagena. While prostitution might be legal in Colombia, pimping or organizing sexual tourism is not: Medellin recently began a crackdown, with the arrest of a foreign sex-tourism provider. Some people might see the popularity of sexual tourism in Colombia as a business opportunity, but don’t be fooled: the law provides penalties of three to eight years’ imprisonment for facilitating these activities.

With a number of UNESCO-certified world heritage sites such as San Agustin and Tierradentro, Colombia takes the safeguarding of its archaeological patrimony incredibly seriously. There are many laws and decrees forbidding selling, purchasing, or removing antiquities from the country. While this might not seem like an activity that most travellers would engage in, it’s easier than you might think to become embroiled in this illegal trade: travellers to San Agustin and Tierradentro have often reported being offered antiquities by unscrupulous tour guides. The punishment for possessing these items might not be long jail terms, but avoid the risk and say no. 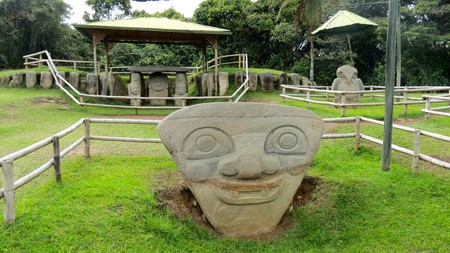 Visit the ancient wonders of San Agustin, but leave the treasures in the ground | ©Erik Cleves Kristensen/Flickr

The laws regarding public alcohol consumption in Colombia can often be confusing for travellers: it is common to see people drinking beer in public in certain squares in large cities, often in front of the police. However, strictly speaking, drinking in public is illegal, and the decision about whether to enforce the law is entirely at the discretion of the officers in question. You are unlikely to be arrested or serve any jail time if the police choose to make an example of you, but public drinking can carry a hefty fine, so it’s advisable to err on the side of caution and not take any chances.

This is a weird one, but since their failure to register formally as a taxi company, Uber is illegal in Colombia. It can be confusing for travellers when their Uber arrives and the driver insists that they sit in the front seat or, in more extreme cases, jumps out to hug them. This is a common way for the drivers to avoid being detected by the police by making it appear that they are a friend of the passenger, helping them out with a lift to the airport. Taking an Uber is a crime that won’t necessarily get you arrested in Colombia, but being caught using Uber does carry a small fine. Apart from that, it’s always a nuisance to have to deal with the police during a trip abroad, so use the app with caution, or download an app such as Tappsi which will connect you with regular city cabs. 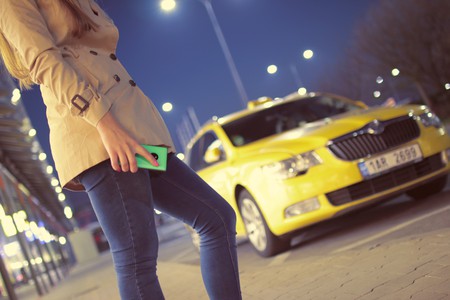 Travellers to Colombia are automatically entitled to a 90-day tourist visa (issued as a passport stamp) upon arrival in the country. After this period, it is possible to visit a migration office and extend your visa by a further 90 days for a small fee. However, the maximum amount of time a foreigner visitor is allowed in Colombia is 180 days in a calendar year: once you exceed this you’ll need to leave or get a work visa. It is quite common for travellers to exceed these numbers, whether by mistake, or by operating under the assumption that it’s no big deal. Once again, you won’t end up in jail, but you are likely to be on the sharp end of an eye-watering fine. Keep an eye on those dates!

Saying You Prefer Venezuelan Arepas to Colombian Ones

Not actually illegal, strictly speaking. But just try it and see what the reaction is: you might feel like you’ve committed a crime! The same rules apply for suggesting that James Rodríguez isn’t actually the best footballer in the world, spelling Colombia as “Columbia,” and insinuating that Colombian cheese could be improved. 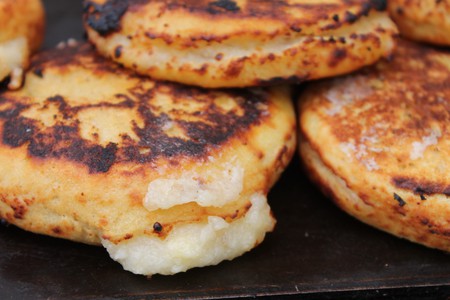 Colombian arepas: much better than the Venezuelan version | © canliga/Pixabay
Give us feedback