Things to Know Before Visiting the Walled City of Old Cartagena, Colombia 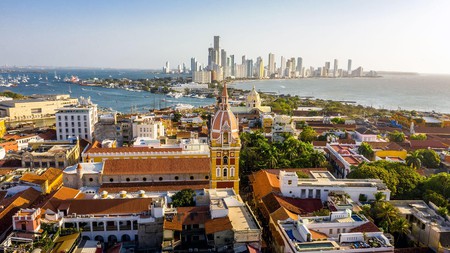 The old city center of Cartagena is quite spectacular, with the modern equivalent on the waterfront beyond | © Roman Diachkin / Alamy Stock Photo

Cartagena has become one of South America’s most vibrant cities – and the undoubted queen of Colombia’s northern coast. Offering old-world luxury, exquisite fine-dining options and a hip nightlife, Cartagena’s old town is fast becoming a must-see for any traveler. From photo etiquette to dodging tourist traps, here’s everything you need to know.

Planning a trip to Colombia? Let us handle the details and join our carefully curated Colombian adventure along the Caribbean coast. Designed for travellers who want to scratch beneath the surface of a destination, this trip is packed with immersive activities led by our Local Insider.

Compared to other parts of Colombia, and even other neighborhoods in Cartagena, the Walled City is known for its heavier price tag. With hotels on every street, some of Colombia’s best restaurants and row after row of designer boutiques, Old Cartagena definitely attracts the more upmarket traveler, so be prepared to pay more – for everything.

But you get what you pay for 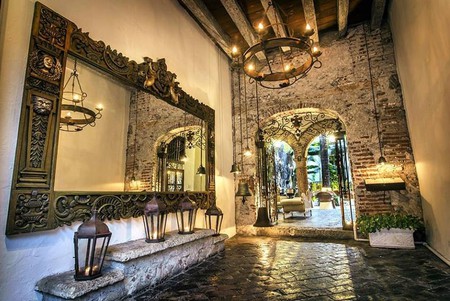 A stay in the old town comes with a heftier price tag, but it’s worth it | Courtesy of Courtesy of El Marqués Hotel Boutique

Yes, the Walled City is expensive. However, if you’re able to splash out, it’s probably worth it for a few days. With its perfectly preserved colonial architecture, blooming flowers hanging from bright pink balconies, and fairy-lit stone archways, this is, without doubt, the most beautiful neighbourhood in Cartagena. You can expect any boutique hotel you book here to be housed in a 200-year-old mansion and luxuriously decorated with crystal chandeliers, exposed brick walls and four-poster beds. So, if you want to live the Cartagena luxury lifestyle (at a fraction of the price you’d pay in Europe), then the Walled City is where you want to be. 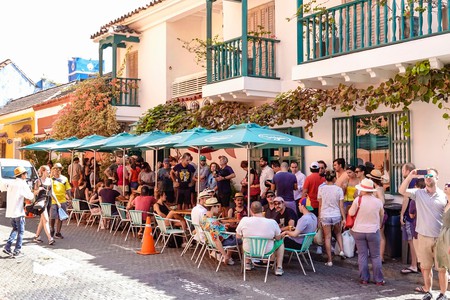 Compared to other Latin countries such as Mexico and Peru, Colombia used to fall short on the global culinary stakes. However, in recent years, Cartagena has upped its game and each year more and more world-class chefs are flocking to the Walled City with bolder, better menus. It’s rumoured that it’s even starting to overtake Colombia’s culinary capital, Bogota. If you’re a foodie, La Cevicheria, Carmen and Alma are must-tries while you’re here.

But don’t forget about the street stands

Okay, so there are hundreds of beautiful restaurants within the Walled City, but don’t overlook the street food. With its beautiful Caribbean climate, tons of exotic fruits, such as papaya, maracuya, mangos and pineapple, grow in abundance here. So, when you see a lady selling fresh fruit salad cups, do yourself a favour and buy one. They’re delicious and super cheap.

A photo with a Palenquera isn’t free 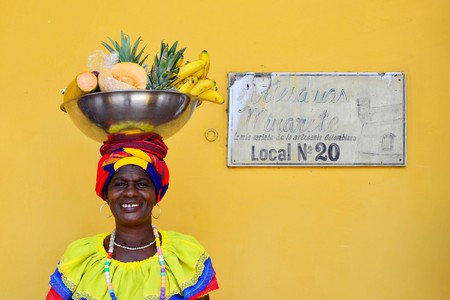 You’ve seen them on the front of every Colombia travel guide. You’ll find them painted on thousands of souvenirs. They’ve even become Colombia’s most popular business logo. When visiting Cartagena’s Walled City, you’ll soon spot the palenqueras: black women in colourful dresses expertly balancing bowls of tropical fruit on their heads. With such beautiful smiles and colourful wear, they take a great photo. However, please bear in mind that these women, the majority very poor, make their living from posing for tourists and won’t be best pleased if you try and sneak one of them. For a couple of pounds, you can help the local community and have you perfect photo – win-win!

A walking tour is a good idea

Having witnessed 500 years of piracy, wars and slavery, Cartagena’s Walled City is steeped in history. Every house and street here has meaning – right down to the intricate door handles used to signal your hierarchy in society. There are plenty of walking tours available (many operating on a donation system), most of which leave daily from the Clock Tower or Plaza Santa Teresa. 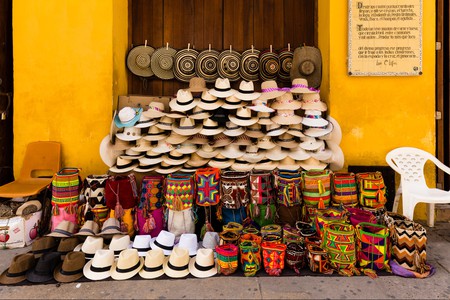 The fast growth in tourism in Cartagena has brought a huge influx of vendors to the streets. Selling anything from hand-made shoes to knock-off Ray-Bans, these guys are persistent, to say the least. While in other Cartagena neighborhoods you can walk around relatively undisturbed, the Walled City is a hawkers’ hotspot –and often hard to escape. If you’re on the lookout for cheap souvenirs, then this can be a good thing as you can get some awesome deals – if you’re prepared to bargain hard. However, if this kind of thing annoys you, then you may want to consider staying in the more laid-back Getsemani instead.

If you sit outside, be prepared to be serenaded

By day, the streets of the Walled City are filled with artisans selling their goods. By night, Cartagena’s performers descend on tourists enjoying a meal out. During your time here, it’s likely you’ll be twirled around by Michael Jackson, have a rap song written for you or be wooed by a cute moustachioed man and his harmonica. The best way to deal with it? Join in! Remember, these guys are just trying to make a living and some are actually pretty good. 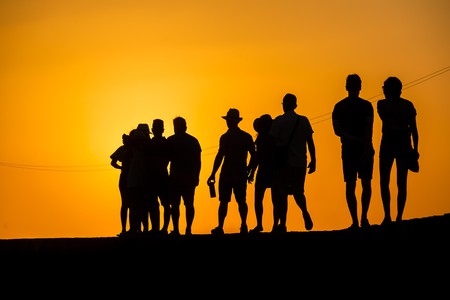 Sunset over the Caribbean, is a sight not to be missed | © Carl Forbes / Alamy Stock Photo

As the sun dips into the Caribbean, hundreds of tourists flock to the old city wall to watch the beautiful sunset. The most famous place to do this is at Cafe del Mar, however, expect to pay triple the price for a beer or cocktail here than anywhere else in the city. Our recommendation would be to grab a beer from one of the street vendors and join the locals on the wall – it’s free and there’s loads of room. You’ll get the same views (and even hear Cafe del Mar’s chillout tunes), but without the hefty price tag.

Explore beyond the wall

Last but not least, if you’re making the journey to Cartagena be sure to explore beyond the Walled City. Whilst this may be the city’s highlight, it’s also the most touristy. Getsemani, for example, the Walled City’s hipster younger sister, is well worth a visit. It has a charming colourful plaza, beautiful architecture, cool cafes and bars and a happening art scene. If you’re on a backpacker budget but still want a bit of that Cartagena charm, Getsemani is your neighborhood.