10 of the Best Colonial-Era Landmarks to Visit in Bogotá

Colonial-era church in Bogota | © Pedro Szekely / Flickr | https://www.flickr.com/photos/pedrosz/36618258100/in/photolist-XMQ9nA-Xbf6fV-UTVbV5-VXr28o-4yWQBL-r9NcFd-ayRtuy-bx8q6E-bL2X6Z-o3F9Kf-qXQUKP-bx8f95-bx8fnA-bL2Xjc-bL2XdH-bx8fj3-bx8qaG-rjw9Yf-5HPQL8-vqT2to-3oUY8b-fXP1E-r1ZFCS-Y9pVdn-E8juX2-RNVSWG-UTVaY5-bgjVY6-x6V3r3-5HPSz2-x6V4WN-yC1Gom-oeK6Xf-5HPRXB-y34jdb-4LsTXi-5HGUj9-xXzAmq-5HU77w-y4Bcbe-9mdEUy-5HCAUi-5HGSLU-aybXP1-5HCBtg-rCz7D-YnMu2x-81ejBV-Hj7zVc-rvQhfY
Bogotá has a long and varied history dating back to the indigenous Muisca people who first inhabited the vast Cundinamarca plain before the arrival of the Spanish in the 16th-century. The city is also home to a number of beautiful colonial-era landmarks, all of which tell part of the fascinating history of the Colombian capital. So here are 10 of the best colonial-era landmarks to visit on your next trip to Bogotá.

Bogotá’s cathedral is one of Colombia’s largest churches and also one of the capital’s most important and recognisable colonial-era landmarks. Construction on the cathedral began in 1807 – meaning it was built towards the end of the colonial period and into the beginning of the Republican era – and it also holds the bones of the founder of Bogotá, Gonzálo Jiménez de Quesada. 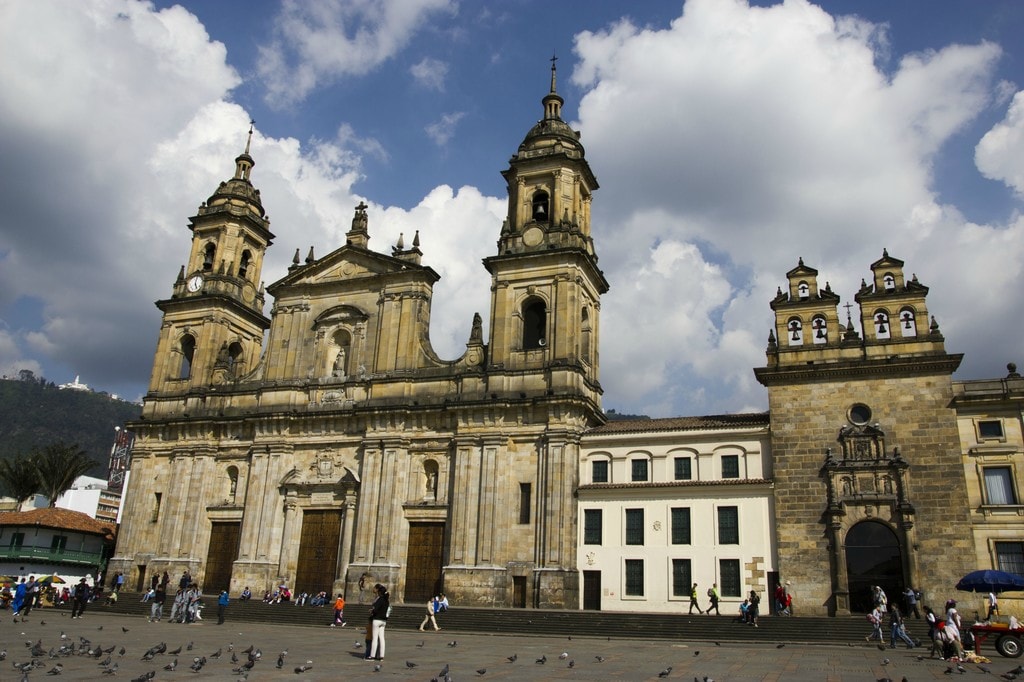 The San Agustin Church, unlike the cathedral, is one of the oldest colonial buildings in Bogotá and dates all the way back to 1642. The church contains important pieces of colonial-period art and was also the setting of a famous battle between the forces of the then-President of the Republic, Mariano Ospina Rodriguez, and the general Tomás Cipriano de Mosquera, who was attempting to seize power.

A beautiful colonial house on the edge of the Candelaria neighbourhood, the Quinta de Bolivar was constructed back in the late 17th-century by a Spanish merchant named Jose Antonio Portocarreño, who built it as a country house. It then fell into disrepair but was restored by the government and given to Simon Bolivar as recognition of his role in the Wars of Independence. Bolivar lived there on-and-off between 1820 and 1830, and today the beautiful mansion and its grounds are a popular museum to the Liberator. 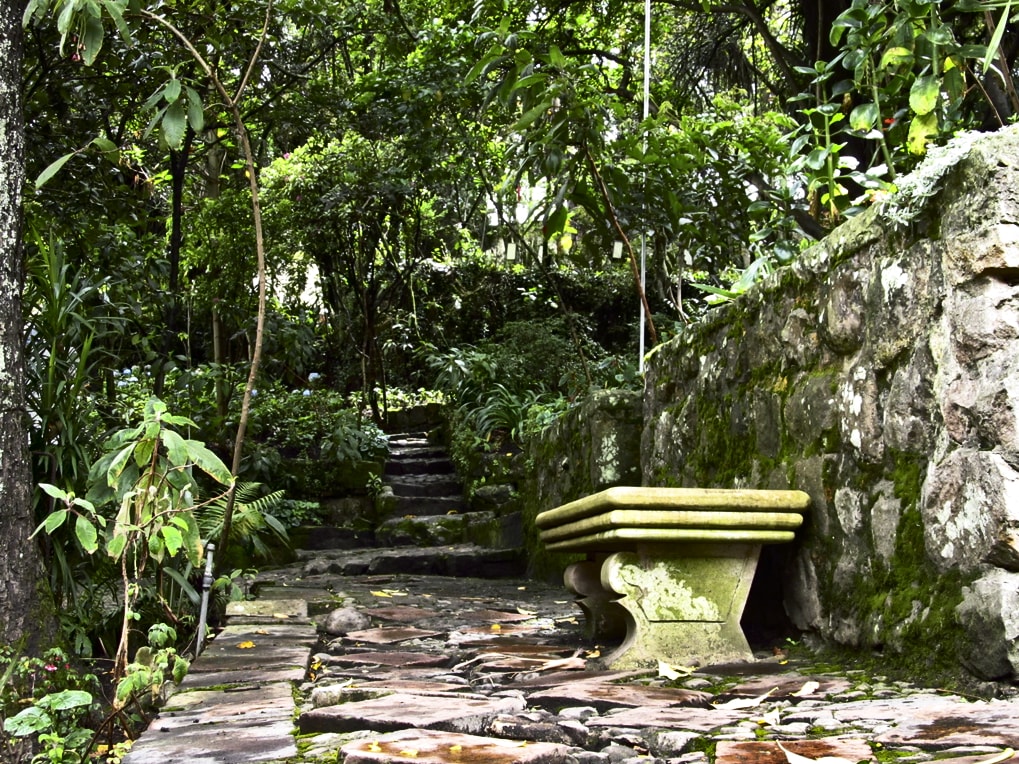 The gardens of the Quinta de Bolivar | © Juan Botero / Flickr

Colombia’s only museum church, Santa Clara is one of the most stunning and representative colonial-era buildings in the whole of Bogotá. It was built between 1619 and 1647 and is home to hundreds of paintings and colonial-period statues and works of art. It costs less than a dollar to visit, so there’s no real excuse for skipping this jewel of Colombian colonial-era architecture.

This old colonial house on the corner of Bolivar Square is perhaps the single most important landmark in the history of colonialism and the Wars of Independence in the country. The house was built at the end of the 16th-century and gained notoriety as the site where in 1810, a group of men asked local Spanish merchant Joaquin Gonzalez Llorente to borrow a vase (or ‘florero’). When he refused – as they knew he would – they took to the streets in protest and the Independence process began in earnest. 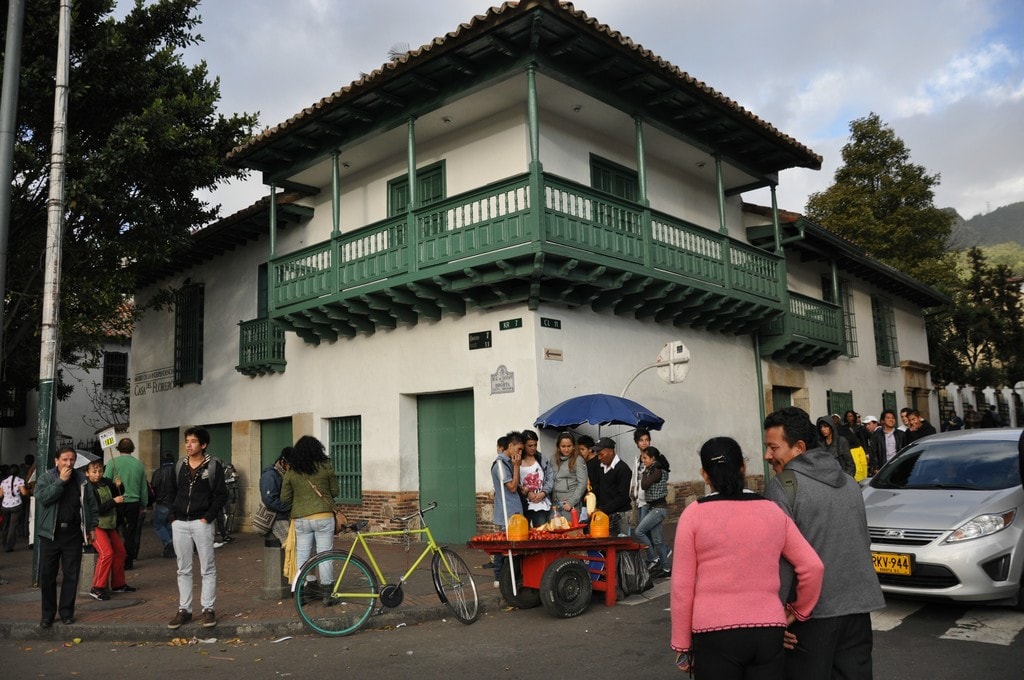 Another of Bogotá’s oldest colonial churches, San Francisco Church is located on Seventh Avenue just a couple of blocks from the popular Gold Museum, and dates back to 1557, when construction on it first began. It’s a simple, stone church, with a spectacularly ornate interior, containing, among other things, a stunning gold-leaf altar and a statue of Jesus which apparently has real hair as the result of a miracle!

The lovely little square of Chorro de Quevedo is where Bogotá was founded in 1538 by the aforementioned Spanish conquistador Gonzálo Jiménez de Quesada, and the supposedly ‘oldest’ building in the city – dating back to that same year – still stands overlooking the little plaza. The adjacent street – Calle del Embudo – is a delightfully windy, cobbled little street, dating back to the same period. It’s now a popular hangout for students and artists, but the old colonial history still seems to seep from the cobblestones. 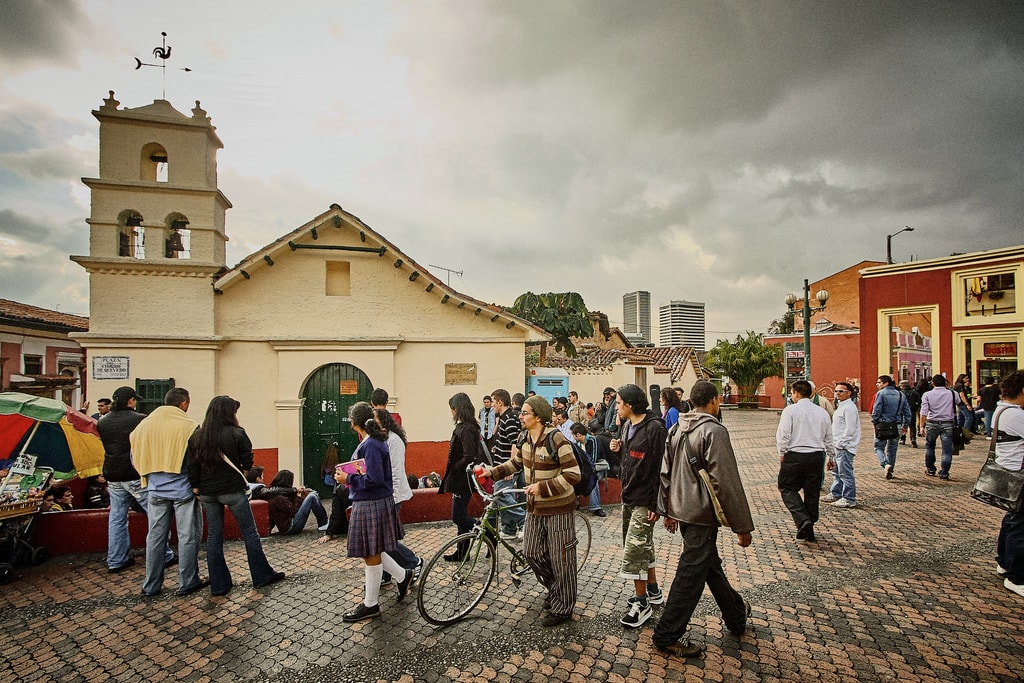 One of Colombia’s most important tourist attractions also has important colonial-era connections – Monserrate’s significance as a place of pilgrimage actually pre-dates the Spanish conquest, but it achieved real fame during the colonial period when the Brotherhood of Vera Cruz began using the mountain for religious ceremonies in the 1620s. Eventually, a church and shrine were constructed there in the 17th-century, and Monserrate remains an important place of worship to this day.

The church of Monserrate © Chris Bell

Building, Museum
Located in a lovely 17th-century building known as the Casa de las Aulas, the Colonial Art Museum is a must-visit spot for anyone with an interest in the colonial period in Bogotá and Colombia in general. It houses a beautiful collection of colonial-era art and sculptures, as well as interesting and informative plaques explaining the culture and history of the period.
More Info
Open In Google Maps
#9-77 Carrera 6, La Candelaria, Bogotá, Cundinamarca, 111711, Colombia
+5713416017
View menu
Visit website
Visit Facebook page
Send an Email
Give us feedback

The church from which the old colonial neighbourhood of La Candelaria takes its name, The Candelaria Church was constructed between 1686 and 1703. The church also contains several paintings by one of Colombia’s most important colonial-era artists, Gregorio Vásquez.