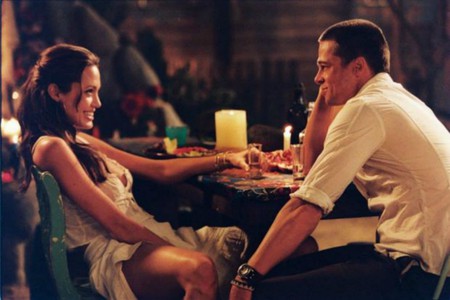 Colombia is a country that has suffered more than its fair share of prejudices and negative stereotypes over the years, much of it reinforced by negative and downright inaccurate portrayals in the media, particularly in films and TV shows. There are some wonderful films and documentaries that you really should watch before visiting Colombia, and many to avoid: here are 10 to steer well clear of.

This 2002 action film starring Arnold Schwarzenegger as a firefighter seeking to avenge the murder of his son and wife by a guerrilla commander in ‘Colombia’ was panned by critics and wasn’t exactly loved in Colombia either. The Colombian scenes were actually filmed in Mexico and Schwarzenegger himself didn’t exactly endear himself to Colombians when he responded to criticism of the film by affirming that Colombia was “full” of guerrillas and paramilitaries.

While not actually a bad film, the Harrison Ford-starring Clear and Present Danger is another movie that shows little regard to Colombia when it comes to geographical accuracy. The scenes set in Colombia were filmed near Mexico City and Veracruz, and purport to show the historical centre of Bogota. They very clearly don’t, even though the film, based on a Tom Clancy novel, doesn’t do as bad a job delving into the Colombian conflict as some of the others on this list.

It’s a sadly common phenomenon for films to use Colombia as a setting – seemingly because it’s shorthand for “dangerous” and “exotic” to lazy filmmakers – and then either not film in Colombia or completely misrepresent the country. The woeful Brad Pitt and Angelina Jolie vehicle Mr and Mrs Smith was roundly criticized in Colombia – even by the Mayor of Bogota and the President – for depicting Bogota (a chilly, high-altitude metropolis) as a small tropical village in the middle of the jungle.

Blow, starring Johnny Depp and Penelope Cruz, takes a look at the glamour, excess and violence of the cocaine trade in the 1970s and ’80s. It’s another film that’s not half bad but does a woeful job of representing Colombia accurately. The scene set in Pablo Escobar’s Hacienda Napoles estate – in reality, a lush, verdant place in the Magdalena River valley – shows a dry, desert-like Mexican-style ranch.

This Vin Diesel film only drops into Colombia for a few short minutes but manages, almost impressively, to conform to every negative stereotype about the country and get it totally wrong at the same time! The coca plantation they arrive at seems to have sprung up in a desert – and was shot in the United States – and the locals are barely credible caricatures of Colombian farmers, running in fear at the sight of the three ‘Gringos.’

This might be a controversial show to include on this list; after all, Narcos has been critically praised and has proven to be a hugely popular show for Netflix. However, it’s hardly been a great advert for Colombia – inaccurate historical details abound, and the laughably poor accents of the protagonists really stand out for anyone with any experience of Colombia. It’s not the worst of the Colombia portrayals here, but skip Narcos before you visit Colombia, and don’t go on about it to the locals: most people here don’t care for it.

The TV show Entourage created a film-within-a-TV-show for its protagonist to star in: the film was to be called Medellin and starred Vinnie Chase – the fictional actor at the heart of Entourage – as Pablo Escobar. Colombia is, once again, portrayed as a Mexican village full of Mexican people, and only the sense that the show is winking at the camera saved it from being criticized in the way other films have been for their portrayals of Colombia.

Romancing the Stone is far from a bad film; in fact, it’s actually quite a good film. That doesn’t mean, though, that its depiction of Colombia isn’t as totally wrong and inaccurate as any of the rest of the films on this list! Yet again, all of the Colombia scenes were shot in Mexico, and all of the actors have strong Mexican accents (Michael Douglas aside). Plus, it’s responsible for legions of tourists pronouncing Cartagena as Cartageña, so it has a lot to answer for!

The title of this film literally translates as “a woman from Colombia” – the woman in question, played by Zoe Saldana, is a murderous assassin intent of avenging the deaths of her mother and father at the hands of Colombian drug lords. It’s not a terrible movie, but yet another Hollywood film intent on showing Colombia as little more than a violent hellhole and a breeding ground for violence and murder.

As a direct-to-video film starring, among others, WWE wrestler Mr Kennedy, Behind Enemy Lines: Colombia was never likely to be a cinematic classic. Set in a Colombia in chaos, which can only be rescued by the presence of some muscular U.S. Navy Seals, the film depicts pretty much every Colombian as a corrupt, violent character, and hardly represents a nuanced or accurate portrayal of Colombia’s half-century civil war. Star Joe Manganiello is actually married to Colombian actress Sofia Vergara now: we’re guessing they skipped over this film on their first dates…