10 Colombian Desserts You Have to Try on Your Next Trip 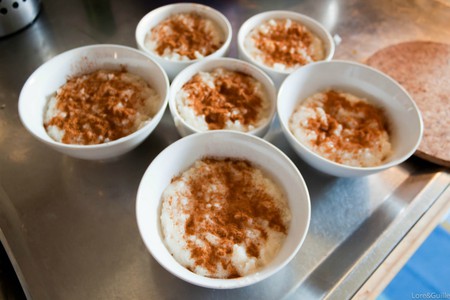 Colombians definitely have a sweet tooth, so prepare yourself to sample some delicious – if not especially healthy – desserts on your visit to the country. From tasty rice pudding dishes to incredible cakes, here are the top 10 Colombian desserts that you have to try on your next trip.

A Colombian version of rice pudding, Arroz con Leche is easily one of Colombia’s tastiest and most enjoyable desserts. Easy to prepare, and found throughout the country, it’s especially good served with a sprinkle of cinnamon on top. 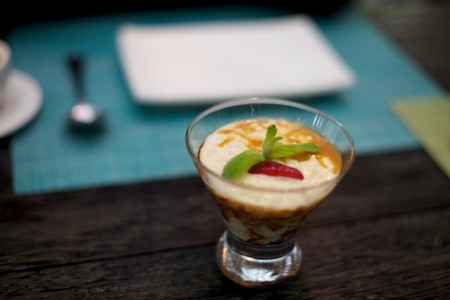 One of Colombia’s most popular and beloved desserts, Postre de Natas is originally from the Andean region of Colombia. It is made by boiling milk several times, and taking the foam that forms when it boils, then mixing that foam with syrup, eggs, raisins, and sometimes even rum.

An oblea is a thin wafer that is often sold as a sweet snack at street stalls. Generally offered with arequipe in the middle of two wafers, an oblea can also come with jam, condensed milk, and many other sweet sauces and fillings. One way that you know they’re good: Mick Jagger ate one on his trip to Colombia with the Rolling Stones. 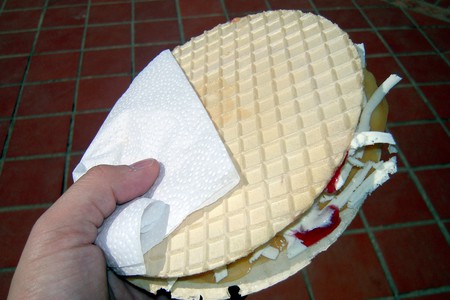 A Cholado – sometimes known as a Raspao – is a sweet, icy drink typical of the Valle del Cauca region of Colombia. A hearty mix of shaved or crushed ice, mixed with fruit, condensed milk and sweet sauces, and often topped with whipped cream, a Cholado is a perfect dessert for a hot day.

Translating as ‘a thousand leaves’, Milhojas are a favourite all over Latin America and especially beloved in Colombia. Made with multiple stacked layers of fresh puff pastry, then filled with a mix of condensed milk, sugar, and vanilla, Milhojas are usually available at any bakery should you fancy a delicious, sweet snack. 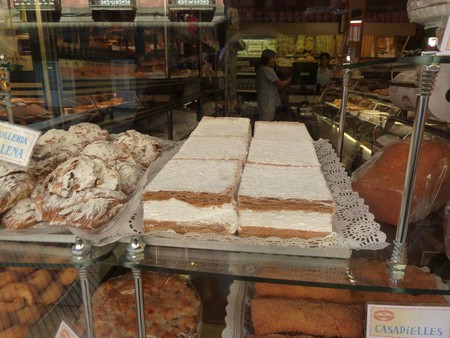 Essentially a Colombian fruit salad, a Salpicón de Frutas is basically a bunch of chopped fresh fruits mixed with a Colombian soda and often topped with cream or condensed milk. They are usually sold on the street, especially in the morning when many people enjoy them as a breakfast snack.

A traditional dessert from the eastern Colombian Andes, with roots going back all the way to the Spanish conquest, Cuajada con Melao is basically curd served with sugar cane syrup. It might sound like an unusual combination, but the mixture of the smooth, white cheese and the sweet sugar cane syrup works perfectly to create a truly tasty dessert. 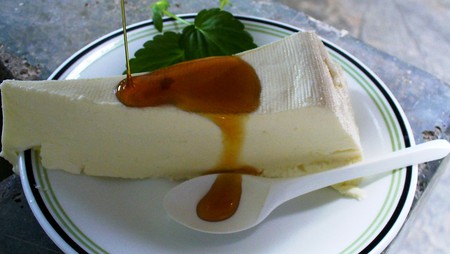 Merengón is a traditional Colombian meringue dessert, which is usually served with tasty fresh fruit. Filled with whipped cream, and made up of layers and layers of lovely, crunchy meringue, the most popular fruit fillings for Merengón are guanabana, strawberries, peaches, or mora (a type of Colombian blackberry). 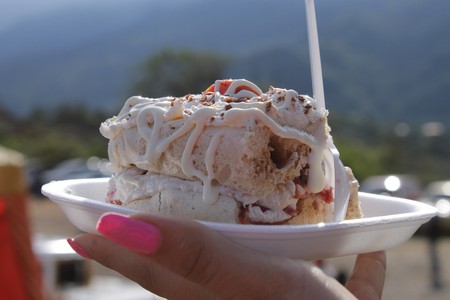 Essentially a delicious ‘Three Milk Cake’, a Torta de Tres Leches can be prepared in a variety of different ways, utilising many different ingredients, with the common factor being that it’s always delicious! Popular at birthdays and family celebrations, there’s no better way to show someone that you love them in Colombia than with a giant Tres Leches cake.