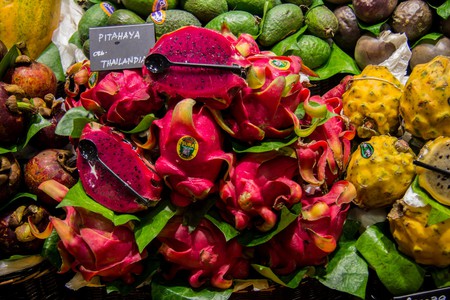 One thing that travelers in Colombia always seem to be impressed by is the country’s vast array of exotic tropical fruits, many of which they have never seen or heard of before. It’s become a tourist activity to visit markets and sample exotic fruits, so to help you out ahead of your Colombian market tour, here are 10 unique and bizarre Colombian fruits you need to try when you visit.

Also known as soursop, guanabana is a truly odd-looking fruit: a giant green oval-shape covered in ominous looking spikes. The inside though is anything but scary looking—a soft, white fruit with a milky flavor and slightly slimy texture. The flavor has been described as a mixture of apples and strawberries, and is commonly consumed in Colombia as a juice. 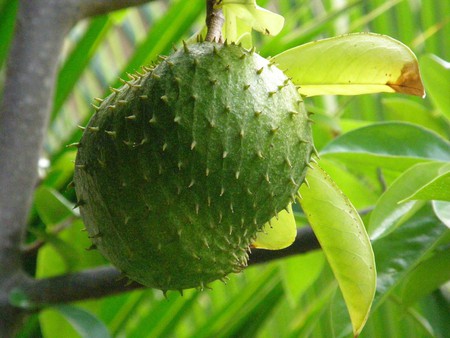 A tough fruit which seems to be able to grow anywhere, zapote—or sapote—is extremely healthy, with high levels of tannins, antioxidants, fibre, and essential minerals. The flesh of the zapote is soft and extremely juicy with a distinct nutty, creamy flavor. Although the skin is dull-colored and tough, goodness lurks within.

A fruit endemic to Panama, Ecuador, and Colombia, lulo (it is known as naranjilla in the other two countries), is one of the fruits that seems to most impress visitors to the country. A visually lovely fruit, its round orange shell contains four segments of the tasty fruit, which has a strong citrus flavor reminiscent of lime and even tomato (it’s an enticing mix of sweet and sour). Lulo is almost always consumed as a juice with some added sugar, as many people find the citrus flavor too overwhelming. 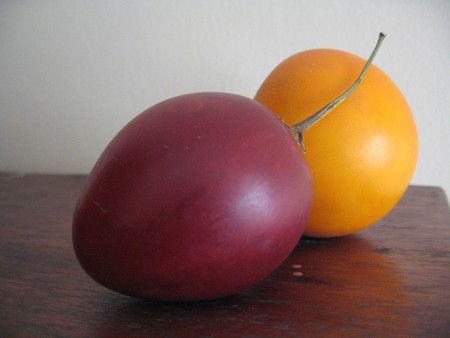 Guama may sound like a fairly nondescript name for a fruit until you consider the alternative name for this long, bean-like fruit: ice-cream bean! Eaten by removing the individual beans from the pod—much like a giant green bean— and then sucking the pulp from around the seed, guamas’ wonderfully sweet flavor and smooth texture certainly make the ice-cream comparison an apt one.

A fruit consisting of a hard, orange outer shell which contains a tasty interior made up of black seeds and transparent pulp, granadilla has been described as resembling an alien egg, thanks to its odd appearance. The shell is cracked open and the fruit eaten directly from the shell itself (usually with your fingers). The consistency of the pulp isn’t everyone’s cup of tea, but it sure is tasty. 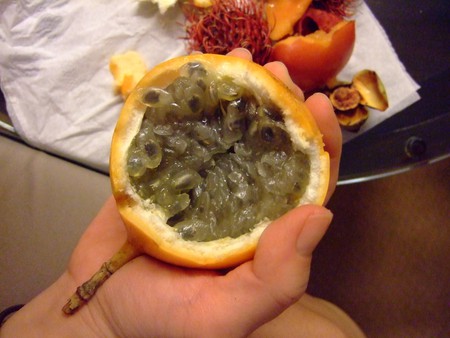 A bizarre fruit which only grows in the Choco biosphere of Colombia and Ecuador, borojo’s name comes from two indigenous Embera words: “boro” meaning head, and “jo” meaning fruit. This sums up the appearance of borojo pretty well: a large, rounded fruit. It’s also extremely healthy, with high levels of protein, calcium, and iron. Beware though, borojo is commonly known as an aphrodisiac in many Colombian communities.

Mangosteen is colloquially known as “The Queen of Fruits” due to an apocryphal tale that may or may not be true: it is said that Queen Victoria of Great Britain offered a reward of 100 pounds sterling—a lot of money back then—to anyone who could bring her a fresh mangosteen. Although there’s no evidence that the Queen ever did this, it would have been money well spent, as mangosteen might just be the most delicious of Colombia’s many fruits, with a soft texture and notes of caramel. 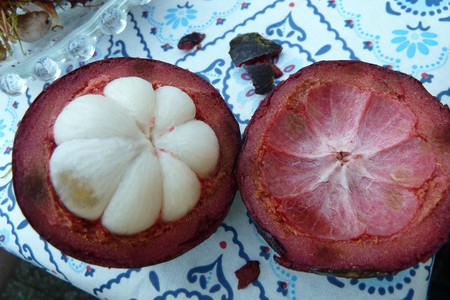 Also known as dragon fruit, pitahaya is the fruit of a cactus species indigenous to the Americas. A yellow-skinned fruit with succulent white flesh dotted with speckly little black seeds, it is extremely refreshing and sweet, with some similarities to watermelon in terms of its watery consistency. Be warned though, too much pitahaya is said to cause a bit of stomach ache. 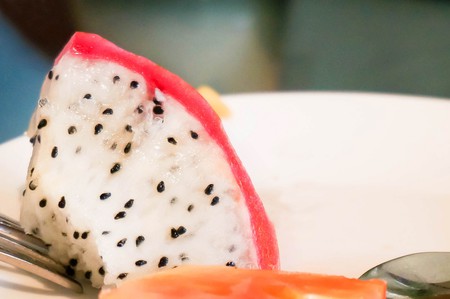 Sometimes referred to as pineapple guava (although it’s not a species of guava), feijoa is one of the most confounding flavorful and delicious of all Colombian fruits, with a flavor likened variously to guava, strawberry, pineapple, and even bubblegum. It may not look like much at first glance, but hidden beneath the thick green outer-skin of a feijoa lies a true taste sensation.

Tiny little golden berries which grow inside a delicate outer casing, Uchuvas are commonly sold as snacks in Colombia and grown there despite not being native to the country. You may have heard them called Cape gooseberry fruits or goldenberries, but uchuva’s best alternative named is surely the French one: amour-en-cage (due to the little lantern-like outer layers). With a tart, almost sweet-tomato flavor, they are incredibly moreish once you start eating them.