Why is Chile the Land of Poets? 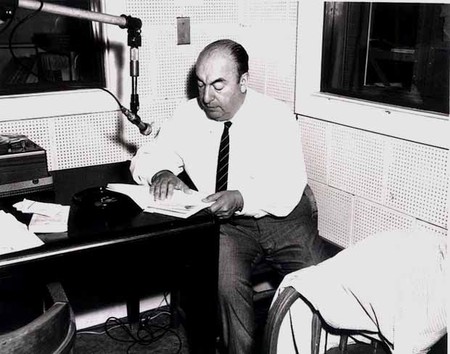 From bold and quirky anti-poems which capture the private and the political to sensual odes to nature, groundbreaking poetry is a point of pride for Chileans. The skinny Latin American country of 17 million has produced two Nobel Laureates for Literature and numerous other prolific writers. Immortalized by their work, Pablo Neruda, Gabriela Mistral and Nicanor Parra are just a few important names that carry on Chile’s legacy as the land of poets.

Recognized as one of the 26 authors of the Western canon, a distinction held by just one other Latin American (Jorge Luis Borges from Argentina), Pablo Neruda–born Ricardo Basoalto on July 12, 1904–is one of Chile’s most widely recognized and fascinating figures. This is down to the genius of his poetry, which earned him the Nobel Prize in Literature, but also because of his involvement in Chilian politics.

An outspoken communist, Neruda served as a left-wing politician and diplomat and was an advisor to the democratically elected socialist president, Salvador Allende. Yet, long before his fame and involvement in communism, Neruda was an intellectually curious teenager growing up in the southern Chilean town of Temuco, where he started publishing articles and poems for the local paper. There he was encouraged by fellow Nobel laureate poet Gabriela Mistral–who at the time was working at a local girls’ school–to pursue his writing.

Neruda wrote in green ink, which to him symbolized desire and hope. He contributed to the literary journal Selva Austral as he grew older and published his first book, Crepusculario (‘Twilight’), in 1923, before his 20th birthday. Soon after came the publication of Veinte poemas de amor y una cancion desesperada (‘Twenty Love Poems and a Song of Despair’), which was a huge success. The book, featuring Neruda’s explicitly sexual and sensual romantic poetry, remains the world’s bestselling book of poetry written in Spanish. He expresses his pangs of love not only for a lost woman, but his longing for the sensual beauty of southern Chile. 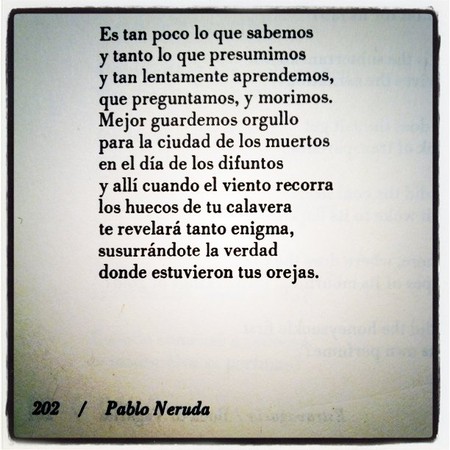 From there Neruda began his career as a diplomat, traveling to faraway cities like Burma, Singapore and Madrid. During his travels, he wrote about his isolation and alienation in poetry published in his two-part book Residencia en la Tierra (‘Residence on Earth’). His time in Spain during the Spanish Civil War spurred his shift towards political writing, inspiring the publication of the moving España en el Corazón (‘Spain in Our Hearts’), 1937.

Later on in life, Neruda spent time in Chile as a communist senator and, during the presidency of Gabriel González Videla, was forced to live underground for his political activities. On the run, he wrote the epic Canto General (‘General Song’), which celebrates laborers and hard work, and invokes a passion for Latin American solidarity. He eventually left the country for Europe and traveled before once again returning to Chile.

Neruda died in 1973, after the military coup which led to a 17-year dictatorship. In his new film, Neruda, Chilean director Pablo Larraîn explores more of Neruda’s political life.

Gabriela Mistral: The voice of a continent and champion of education

Born Lucila Godoy Alcayaga on April 7, 1889 in the small town of Vicuña in Chile’s Elqui Valley, Gabriela Mistral began her life in humble conditions but grew up to be the first Spanish American author to earn a Nobel Prize in Literature. A girl who at age three witnessed her father abandon her mother, throughout her early years Mistral lived in poverty with her mother and sister and had the responsibility of financially supporting her family. Adversity fuelled Mistral’s passion to help others, though, and she immersed herself in education and literature. 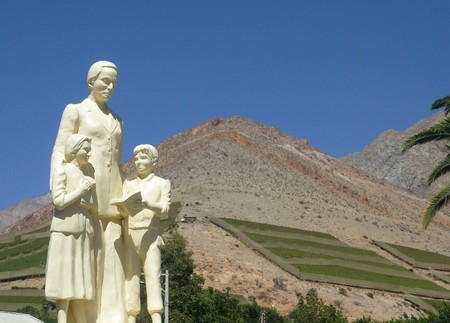 Deeply spiritual and an enthusiastic scholar, Mistral worked as a teacher for much of her life, starting out in small towns and cities all over Chile. Her experiences as an educator and nomad played a large role in her writing. While working as a principal in Punta Arenas, the southernmost Chilean port, Mistral wrote Paisajes de Patagonia (‘Patagonian Landscapes’), exploring her pangs of isolation throughout this time.

Solidarity with indigenous people is an important aspect of Mistral’s legacy. During her time in Temuco, she saw how the indigenous Mapuche were treated, especially the women. She wrote the heartbreaking Poemas de la madre más triste (‘Poems of the Saddest Mother’) based on these women’s experiences and loss. The depth of Mistral’s compassion was also evident in her social work, as she set up evening classes for workers in Punta Arenas. Her poetry broke boundaries for its time, reflecting new aspects of female lives, particularly the feelings of lonely women and mothers.

Leaving Chile, Mistral began her world travels in the 1920s. She traveled to Mexico and began to write journalistic pieces in addition to her poetry. From there she explored Latin America, Europe and the United States, where a group of teachers collected her work and published the tome as Desolación (‘Despair’). Mistral rarely returned to Chile after she left, as she associated her home country with painful memories of abandonment and poverty which haunted her until her death in 1957.

With her face on the pink 5,000 peso bill, Gabriela Mistral’s legacy in Chile is as present as the lively wind that inspired her pen name. The spectacular performing arts center in Santiago Centro was named after Mistral, which goes to show how Mistral continues to watch over Chile and educate people of all ages and backgrounds. She even has a liquor brand named after her! 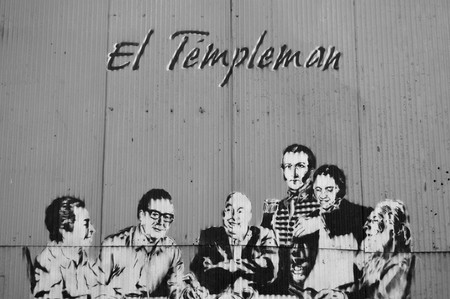 Nicanor Parra: The anti-poet who has seen a century

Still kicking (and writing about it) at 102, Nicanor Parra has lived through both World Wars, Chile’s 17-year dictatorship, and the stark political shifts and changes occurring in his home country. Parra’s deadpan humor and rejection of poetry’s traditional language and style have solidified his reputation as a non-conforming poet who challenged the system. Known as the father of antipoesia, or antipoetry, Parra’s legacy is defined by everything he isn’t. Opting for colloquial language and prose-like poems, Parra opened the gates for a flood of tradition-bucking poets after publishing Poemas y antipoemas (‘Poems and Antipoems’) in 1954, which is highly regarded among 20th century literary works.

Coming from a celebrated family of artists, Parra isn’t the only prolific creative mind in his family. His sister, Violeta Parra, an icon in her own right who passed away in 1967, was a treasured Chilean folk singer and artist. A museum commemorating her work opened in Santiago in 2015. Nicanor Parra has been proposed to receive the Nobel Prize for Literature on four separate occasions. In 2011 he won Spain’s Cervantes Prize, which is the highest literary honor in the Spanish-speaking world.