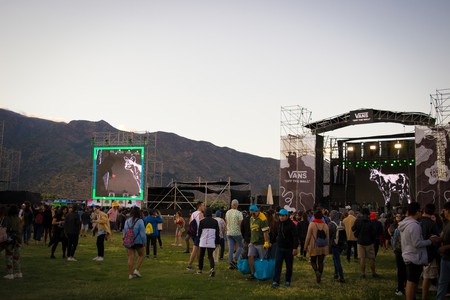 Springtime festival Fauna Primavera was launched in 2011 with the simple goal of bringing music to fans in Chile. Now the event is one of the country’s biggest music festivals.

When mapping out the global music tour circuit, Chile is not an epicenter, and it isn’t anywhere near one either. The country has been dubbed “the end of the world” due to its isolation on all sides by mountains, desert, ocean and ice, meaning it isn’t an easy destination for musicians to travel to on a frequent basis. Long, pricey flights, plus the cost and logistics of transporting equipment, meant many didn’t have the budget to play and organize shows in the country.

Some bands would perform in nearby cities, such as Rio de Janeiro or Buenos Aires, but Chile was frequently left off tour destinations. The only bands who ventured to Chile were those who were guaranteed to sell out huge stadiums.

The team behind Fauna Producciones started their business with the simple goal to connect music-lovers in Chile with the opportunity to attend live concerts. Their first project was bringing French electro-pop singer Yelle over for a show — which swiftly sold out. Gradually, they expanded their operations, bringing more international artists to perform in Chile. The shows proved lucrative and successful, with the demand so great, that Fauna created their own festival, Primavera Fauna in 2011. 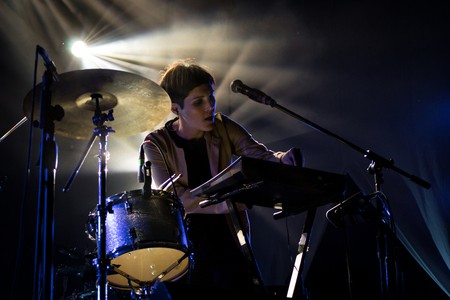 Eight years on, the festival continues to grow and attract an increasing amount of bands. Artists including Pulp, Tame Impala, Phoenix and Iggy Azalea have been billed alongside premium Chilean acts, such as Astro, Gepe and Los Bunkers. The event takes place in Espacio Broadway; an extensive, grassy space in the suburbs of Santiago. Here, the air is fresher than downtown, and the sloping coastal cerros (hills) can be seen behind the stages, making it a uniquely picturesque setting in which to watch the performances.

Primavera Fauna is a welcomed addition to the Chilean festival scene. Lollapalooza Chile is the country’s biggest pop festival, which also kicked off in 2011, but it’s a far more mainstream affair: a non-alcoholic event that’s also family-friendly, attracting crowds of more than 100,000 people.

Much smaller than Lollapalooza, Fauna attracts a more select crowd, intensely interested in music and curious to discover what’s up and coming. Whether it’s those that arrive at 2pm and leave after the headliner closes 10 hours later, or those who rock up later to enjoy the club segment of the festival, which runs till 5am, Fauna is an event for those unprejudiced and elective in their music taste, whether it be pop, punk or house, mainstream or experimental. 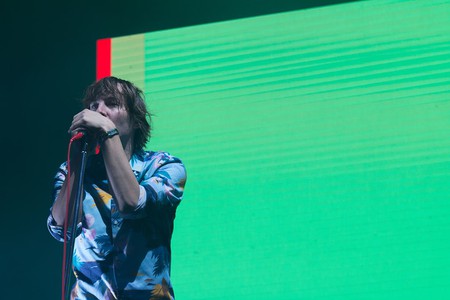 Fauna Primavera is now considered to be one of Latin America’s top indie fests, and Chilean audiences are no longer deprived of the live music experiences that others across the region could enjoy. The festival in 2018 was a 15-hour long event, headlined by Lorde, and also featured US bands psych-pop duo MGMT and alternative rock band At The Drive In. Chilean artists included Javiera Mena, Rubio and Playa Gótica, while electronic live acts such as techno musicians Paul Kalkbrenner and Nina Kraviz headlined the club slots. It was the festival’s largest edition, with the most acts featured, and the largest audience size in its history, with 12,000 in attendance. 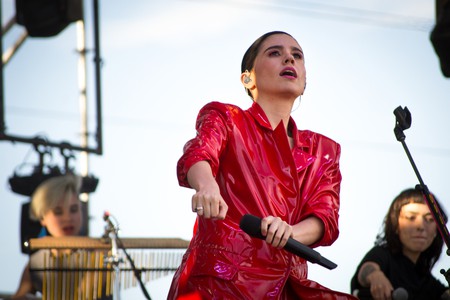 Owing to the success and demand of the springtime festival, Fauna Producciones launched more intimate autumn edition in 2017, suitably called Fauna Otoño, which has billed the likes of Mogwai, with Lauryn Hill headlining 2019’s edition on 4 May. The company also produces several smaller-scale events, such as the bi-annual urban festival, Campo Abierto.

To find out more and book tickets, visit faunaprod.cl.