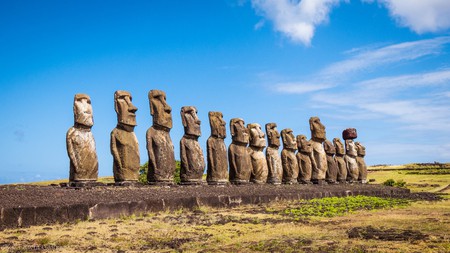 Easter Island is the world’s most remote island. Known in Spanish as Isla de Pascua or in Polynesian as Rapa Nui, Easter Island brims with history, culture, people, and nature that make the journey here unforgettable.

Rapa Nui has housed civilization for several centuries following the arrival of first settler Hotu Matu’a. The locals speak the language of Rapa Nui (similar to other Polynesian languages), Spanish, and English because of the increasing number of tourists. 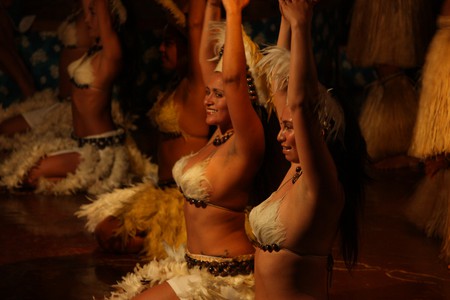 The island is best known for its 887 human-shaped figures, known as moai statues. They were, impressively, carved from rock and transported around the island. The moai are believed to have honored ancestors and they rest on stone shrines known as ahu. While not all remained in great condition, some have been restored and all have been protected after the island achieved UNESCO World Heritage status. 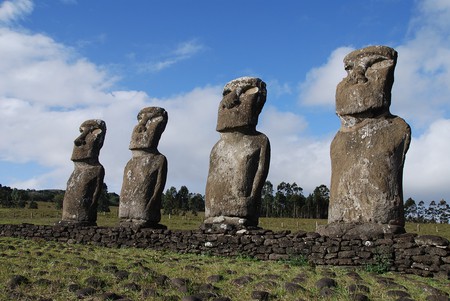 Cave paintings have also preserved Rapa Nui’s history. The most famous paintings are found on the walls of the Ana Kai Tangata cave, also known as ‘cannibal cave.’ 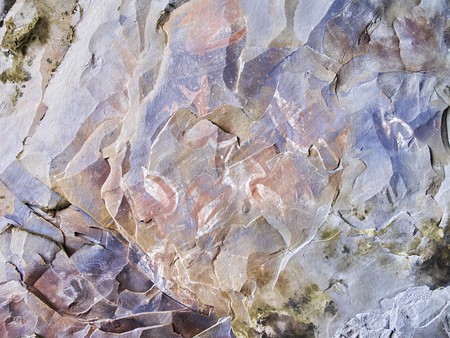 Easter Island is a five-hour flight from Chile, making a journey to the island a perfect way to disconnect. Discover the beauty of its natural resources by visiting the beach, riding horses around the island, or by surfing and scuba diving.

Anakena Beach is very picturesque, with crystal clear waters, towering palm trees, and moai. This beach is said to have been where Hotu Matu’a landed when he arrived. Additionally, there are amazing views from Poike Peninsula. The Rano Kau Volcano, which erupted thousands of years ago and left a crater in its wake, is also nearby. 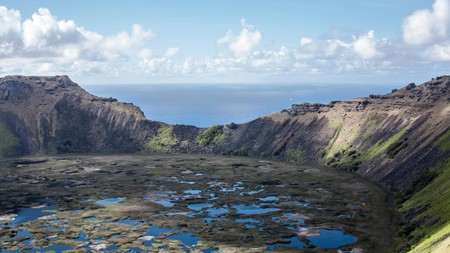