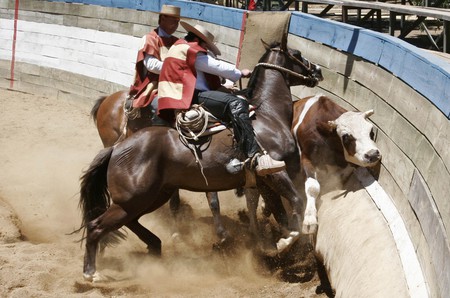 Animal activists object to the rodeo tradition in Chile | ©AnimalLibre.org

September is a month of national celebration in Chile, marking the country’s independence. However, during the festivities, it is a tradition to host “rodeo”, a Chilean national sport which animal activists are campaigning to end.

What is Chilean rodeo?

If you are familiar with the what rodeo means in the US, you’ll be right in thinking that it involves a cowboy (huaso) and a horse. But the Chilean version is a little different: it involves a calf and a crescent-shaped stadium called a medialuna. The huasos have to steer the horse to pin the calf up against the sides of the medialuna, receiving different points depending on which part of the calf is in contact with the horse.

Supporters of rodeo claim that it doesn’t hurt the calf. The sport is strictly regulated, so it can only be practised by professionals who know what they are doing. Additionally, several calves are selected for tournaments, each only used once in their lifetime for rodeo purposes, preventing them from permanent harm or trauma.

What do activists say about that?

Chilean activists aren’t convinced by the idea that the sport doesn’t harm animals. They believe the calf and the horse are subjected to both psychological and physical trauma during the event. Chile actually has a law which stipulates that animals must be treated with respect, without any unnecessary suffering. Activists point out that the official recognition of the sport contradicts this law. 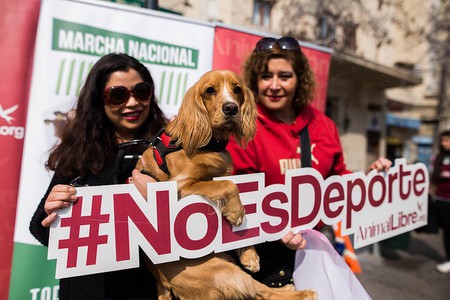 So why have a rodeo?

It’s similar to the Spanish bullfighting debate – supporters of rodeo say the sport is valuable as it preserves tradition and celebrates the horsemanship of rural Chile. It was officially made a sport in 1962, although its origins hark back to when huasos gathered herds of cattle for branding. The skill and dexterity of the riders while catching runaway cattle evolved into a spectator sport. In main cities, rodeo only occurs during the September celebrations, but it remains popular year-round in the countryside.

What do activists want to achieve?

Chilean activists want the rodeo to be barred from being an official sport and are calling for its prohibition on the grounds of animal welfare. In terms of progress, they see the law against animal cruelty and increased measures to prosecute anyone found guilty of animal harm, as steps in the right direction. They are now trying to get this law to recognize the rodeo as part of inflicting harm to animals (the sport is currently officially exempt).

Is there a way to preserve tradition without harming animals?

Rodeo riders have notable control of their horses and perform dressage steps as part of rodeo tradition. Eliminating the calf-ramming aspect just to focus on the horse and its rider would be a way to keep the equestrian showmanship preserved. But that wouldn’t really be rodeo, and animal rights activists prefer that no animal should be forced to perform for entertainment.

José Kaffman, vice president of animal rights group AnimalLibre notes: “Rodeo cannot exist without hurting animals. Just because it is a tradition does not mean we have to keep doing it.” He believes that, “It isn’t a ‘good’ tradition.” 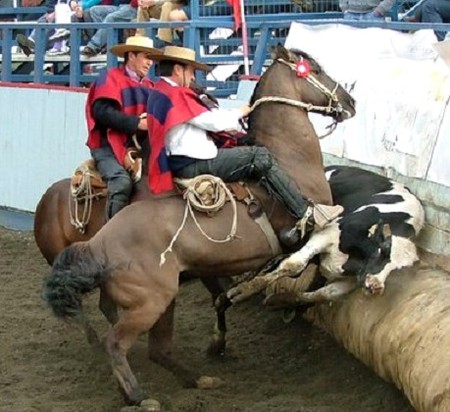 How is Chilean tradition evolving now?

Kaffman believes change is coming and progress has been made, especially in recent years. Several large Independence Day events now do not feature rodeo as part of their celebrations, and some major political parties have backed its prohibition. Kaffman sees no future in rodeo, referring to recent surveys that demonstrate a low support for the sport, with an average of 80% of Chileans rejecting it.

As animal rights become an ever-more dominant issue in an increasingly conscious society, perhaps the distinctly Chilean sport will be best remembered only in history books, rather than in the stadiums.