What to Know About the German Influence in Puerto Varas, Chile 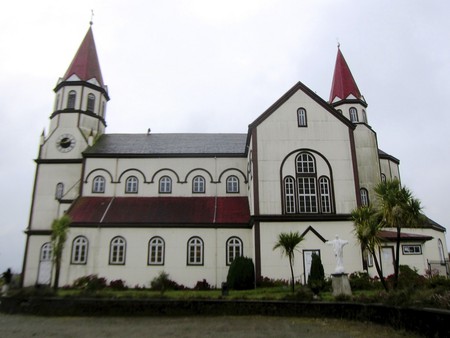 What do Germany and Puerto Varas have in common? Kuchen – that’s German for ‘cake’. Located in southern Chile’s Lakes Region, Puerto Varas is a fascinating blend of Chilean and German culture. Soon after arriving, you’ll see how both cultures are woven into this beautiful town.

In 1852, then-President Manuel Montt approved Philippi’s plans for German settlement. He was initially instructed to find German Catholic families, but Philippi encountered difficulty with the Catholic community, who were wary of separation. Most of the immigrants were fleeing from the 1848 revolutions taking place in Germany. In the coming years, thousands of Germans would relocate to southern Chile and leave a lasting impact that is still visible today on the culture, cuisine, and architecture.

German colonization is not a sore subject in southern Chile, but rather a part of its unique history. One of the first things you’ll see coming into Puerto Varas is Captain Haase, a tour boat modeled after the ones used by German immigrants.

Other cultural influences include private German high schools, such as Colegió Alemán and Instituo Alemán in neighboring Puerto Montt, German firetrucks, and The Cóndor newspaper, a weekly German newspaper printed in Santiago. The newspaper, containing local and international news, circulates in southern Chile, where the German influence is at its most prominent.

Puerto Varas’s cusine, like everything else, is una mezcla – a mix. You’ll find Chilean flavors and seafood in one restaurant, and semi-traditional German food in the next. Kuchen and Kunstmann beer are the most popular German treats in town.

Kuchen can be found at most cafés, and pairs nicely with a strong coffee. It’s common to find fruited variations of kuchen, with raspberries, apples, and the like – which is a deviation from the more traditional German format.

Also popular is Kunstmann beer, a hybrid Chilean–German company with roots in Valdivia, southern Chile. The name and logo reveal the German ancestor of the founder and the beverage. It’s now a favourite craft beer of the local community.

Upon entering Puerto Varas, you’ll see right away the German influence on its architecture. Especially prominent are Sacred Heart Church, Kuschel House, German House, Schweter House, and Niklitschek House. All of these are cultural heritage sites and speak of the German ancestry in Puerto Varas. Alerce wood, gothic script, vernacular architecture, and colorful buildings all reveal the influence of German architecture.

Puerto Varas is a town with a unique history that adds to its inherent charm. Come expecting a colorful, interesting and cross-cultural experience. And kuchen – of course.