Top 10 Things To See And Do In Santiago de Chile

A bustling city like Santiago de Chile has a lot to offer to its tourists. From museums to markets, there is something for everyone to discover. Here is list of the top 10 things not to miss in Chile’s capital. 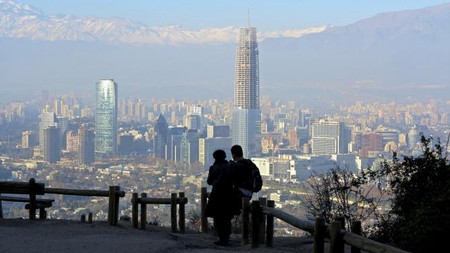 Considered the historical centre of Santiago, the Plaza de Armas is an important square to modern day Chile. Lined with palm trees, the square is surrounded by many historic buildings, such as the beautiful Metropolitan Cathedral, the Central Post Office and the Royal Court Palace. Within the square, locals gather to relax and painters sell their work, but in general it is a highly multicultural area. There are also many monuments, one of which is dedicated to Pedro de Valdivia, the founder of the city and conqueror of Chile. To get a taste of Santiago, the Plaza de Armas is a good place to start. 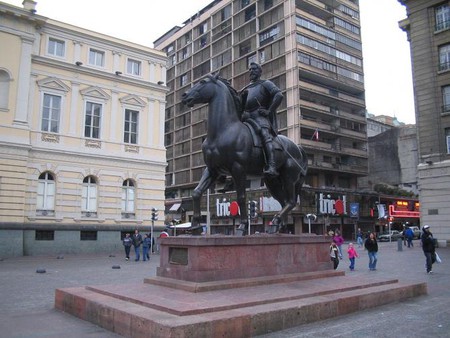 Officially called Parque Metroplitano, Cerro San Cristobal (San Cristobal Hill) sits in the middle of Santiago. You can hike (approximately 45 minutes up) or cycle to the 300 meter high summit. Alternatively, take a funicular which stops at different levels of the hill. Amongst various other activities and attractions, you will find the National Zoo, a Japanese-style garden and two outdoor swimming pools open during the summer. At the summit is an impressive snow white 22 meter statue of the Virgin Mary looking out onto a spectacular panoramic view of the city; this view is a must see in Santiago. 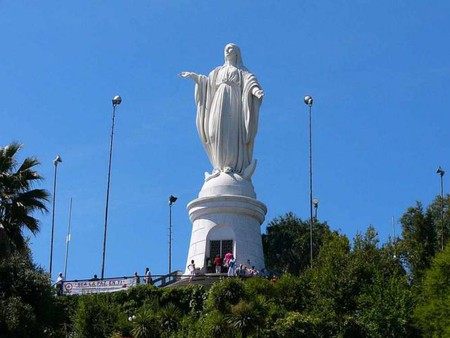 Amongst Santiago’s many street markets (ferias), some of the most notable are Los Domínicos and Santa Lucía, traditional arts and handicrafts markets. There you will find souvenirs and handicrafts at the best price in the city, such as the famous alpaca wool ponchos. Although nowadays the ferias are somewhat aimed at tourists, it is not completely devoid of authentic tradition, so visiting them is an excellent way to discover Chile’s folkloric culture. Another notable market is the Mercado Central. Located in the city center, it is considered a historical landmark and was ranked the fifth best market in the world by the National Geographic. The products to try here are the shellfish, the pisco sour, both of which are national favorites. 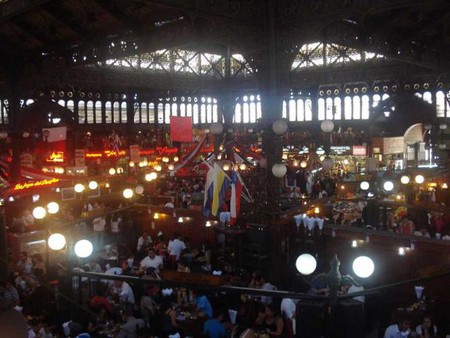 The Museo de la Memoria(The Museum of Memory and Human Rights) is a recent addition to Santiago’s collection of museums. Opened in 2010 to celebrate the 200 years of Chile’s independence, it commemorates the victims of human rights violations during the 17 year dictatorship commencing in 1973. The museum is free and offers much information about Pinochet and his government, which is enlightening but powerful and emotional. However, if you are not comfortable with reading a lot of Spanish, it is advisable to pay a minor fee for an English audio guide to ensure you get the full experience.

La Chascona was one of three homes to Chile’s Nobel Prize winning poet, Pablo Neruda. The quirky architecture and vivid colors mirror Neruda’s individual style, making it a fascinating attraction for all of those who are interested in learning about the great artist’s life as well as the history of the house. The magic continues in La Chascona’s garden, which hangs over the streets of the Bellavista neighborhood, a popular area of Santiago also well worth visiting for its bohemian atmosphere and fashionable restaurants.

This museum hosts an invaluable collection of Pre-Columbian art including pottery, sculptures, monuments and other artifacts, each of which tells a story about a world which has now almost completely vanished, but is by no means forgotten. The museum represents all the people and cultures from the northern most points to the southern regions, of what is today known as Chile. This is a truly incredible museum, well worth the ticket price, which contributes to the museum’s maintenance. However, if you’d rather not pay, it is free every Sunday.

La Moneda (Presidential Palace) is the Presidential Palace of the country. With its white walls and European-style architecture, La Moneda stands proud in Santiago’s center. You can see the guard change-over, an impressive spectacle of military conduct, at 10am on alternate days. La Moneda has a gripping history: 1973 saw the bombing of the palace and the suicide of the country’s Marxist leader, Salvador Allende. Visiting is free, but you run the risk of it being closed for government events. Taking a tour, although informative, can be expensive and requires pre-booking, but may be worth the effort for those particularly interested in the country’s political history.

With scenery as if out of a movie, Parque Forestal is arguably Santiago’s most beautiful park, with its open greenery which stretches along the Mapocho River. It is an attractive, calm space, located in the historical downtown of the capital, where you can escape the hustle and bustle of the loud city. A few points of interest within the park are the Monument to Writers of Independence, the German Fountain and the National Museum of Fine Arts amongst many other landmarks.

Located in the Parque Forestal is the main art gallery in the country, the Museum of Fine Arts, also referred to as the Museum of Contemporary Art. Here you can view an extensive collection of Chilean art as well as a broader collection of South American pieces, covering the 19th century to present day. This is the oldest gallery in the continent, first established in 1880 and later moved to its current building, which has an impressive façade. Entry was made free in March 2015, opening its gates to allow everyone to enjoy its sample of Chilean culture.

Located in the heart of Santiago, the Municipal Theater is another beautiful attraction, opened in 1857. As the first center in the country for the performing arts, it has retained its prestige and is regarded as a highly important institution in Chile for the support and development of the performing arts within the country. The breathtaking architecture and enthralling atmosphere add to the whole experience of seeing a performance in the theater, which will surely be deemed an unforgettable evening.