These Women Are Kicking Through the Glass Ceiling of World Soccer 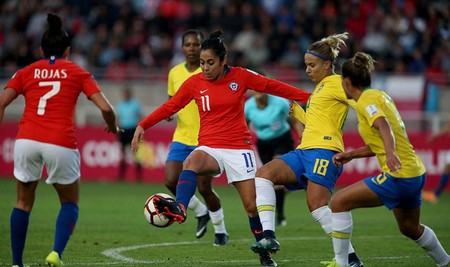 The Chilean women’s soccer team made history when they finished second in the Copa America, qualifying for the 2019 Women’s World Cup – the first time they have ever competed in the global tournament. It’s an achievement that has sparked national pride in the country and is changing discriminatory attitudes towards women’s participation in the sport.

When World Cup furor is in full swing regarding men’s soccer, it’s a good time to wonder why the same attention isn’t paid to women’s soccer games. The 2018 Copa América Femenina occurred in Chile in April of that year. In this South American tournament, 10 national teams competed for a place in the 2019 FIFA Women’s World Cup.

If you already knew about the tournament, you’ll likely have heard about Chile’s epic performance, winning all their games save a final match against defending champions Brazil. But the tournament remains largely overlooked, especially internationally, and even within the countries that took part. That’s because fútbol is still very much a man’s sport in South America and, for female soccer players, recognition is not easily earned. The women have had to overcome many challenges to gain even a portion of similar success. 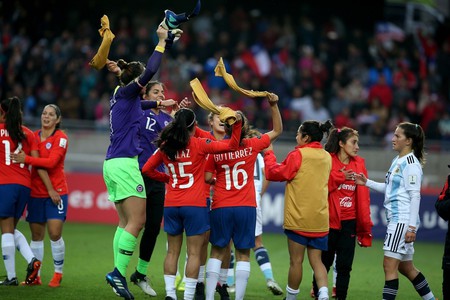 For starters, no member of the women’s soccer team is paid to play in the national team, La Selección Chilena, and no league clubs in the country pay their women’s teams. Despite the landmark accomplishment of securing a place in the World Cup, women’s football in Chile isn’t professional. They play with “amateur” status and do not receive a salary. “The current team is a hybrid of girls who play professionally in European leagues, and those who play only at ‘amateur’ level,” says Waleska Fuchslocher, head of communications at Federación de Fútbol de Chile and organizer of Copa América Femenina Chile 2018.

La Selección’s captain Christiane Endler, who plays professionally at Paris St. Germain, has spoken out about the difficulties of playing for the national team in a country that doesn’t offer women viable career opportunities playing soccer. “It’s difficult. It’s not a professional league, so everyone has to study and work at the same time… Imagine sacrificing all of the year, all your evenings, to train without receiving anything in exchange, except the pride and honor of wearing your country’s shirt,” she posted on Twitter. 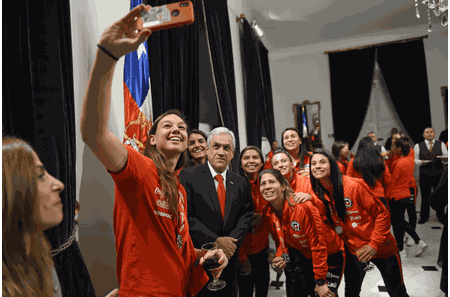 Fuchslocher works to achieve social change and empower girls through the sport. She hopes that the increased media and public interest in the team on the road to the World Cup will help professionalize women’s soccer. Though she admits, “It would be ideal, but it depends on the administration of the clubs of Chilean professional league. They are the ones that decide.” This could present a challenge and Fuchslocher adds, “They would have to invest a lot of money in the clubs to make women’s soccer professional, and they wouldn’t get the same return as men’s soccer. So a lot of it is an economic issue.”

Lidia Arriagada-García is a Chilean-American photographer and NGO director who believes women in soccer suffer discrimination in Chile, something that starts in childhood. “The lack of inclusion is the problem in Chile. Parents usually do not take initiative to teach girls how to play soccer, as they see it as a boy’s sport. Fathers go to the stadium to watch soccer with the boys, but not with the girls.”

Arriagada-García values soccer as a sport that can greatly improve the wellbeing of girls. As part of her NGO, she runs a program in the US and Chile that donates soccer balls to girls in vulnerable communities, encouraging them to see soccer as something they can participate in, “to provide girls with equal opportunity to develop their strengths just like boys do,” as she says. 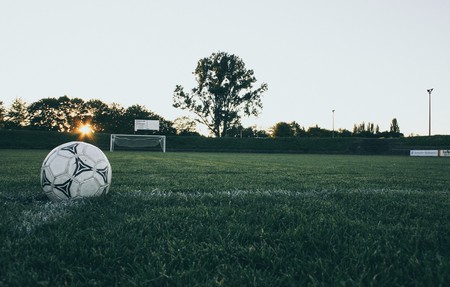 She’s distressed at the challenges female soccer athletes face, from getting their first soccer ball all the way to playing at the country’s highest level. While Arriagada-García is hopeful that Chile’s participation in the World Cup may bring change and greater appreciation to the sport, she stresses there is still a long way to go. “There has to be a lot more than just showing games on the television,” she says. “They have to pay the team a salary, they have to provide clothing, and better fields to train on. There are a lot of different issues that have to be addressed.”

For this reason, the success of Chile’s women’s soccer team is even more important as a starting point – especially in contrast to the men’s Chilean soccer team not making it into the 2018 World Cup – since these women are further demonstrating ways for the country to take even more pride in an undervalued arena. 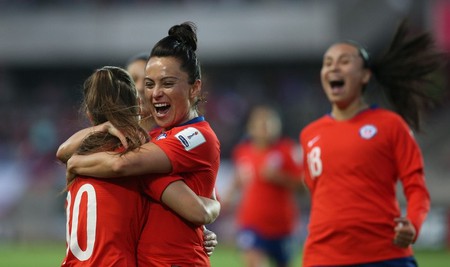