The Ultimate Guide to Exploring the Chiloe Islands 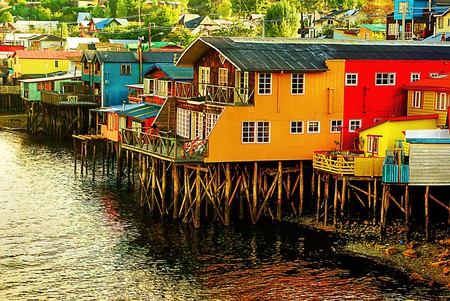 Getting around the Chiloe Islands can be tricky, but that’s no reason to avoid this archipelago as this historic part of Chile has an interesting, yet eerie past, raw and rugged coastline, quaint little fishing villages, unique churches and a vast national park to explore. Use this guide to make your movements through Isla Chiloe as smooth as possible.

Depending on your route through this part of the world, you will want to plan out your starting point as to where you will be entering the island. The main road through the southern parts of Chile is the rural Carretera Austral, and so you will have become accustomed to long waits, random and inconsistent time tables, and slow roads. Therefore, proceeding up to Puerto Montt and then down to the islands will seem like a hassle because in reality, it is. Also, backtracking over distances you have already covered is taboo if avoidable for any traveller. For this reason you will want to look at one of the port towns on the mainland of Chile that can take you to the Chiloe Islands. 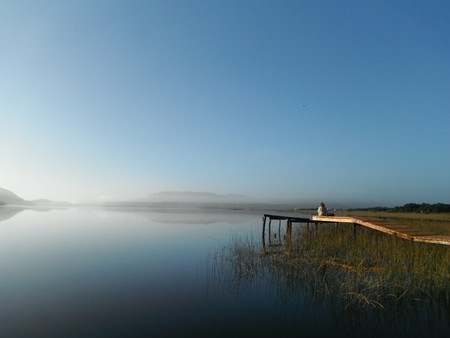 The main ports, depending on your latitude, are Puerto Chacabuco, Puerto Cisnes and Chaitén running south to north. All of these towns, even though in a stunning part of the world with gorgeous surrounding landscape, offer very little as far as touristic value, and are just jumping off points between the mainland and the islands. Since these towns are so small, your best bet is to pass through the southernmost city in Chile known as Coyhaique. From there you will be able to hop on a bus going to all port cities, with Chacabuco and Cisnes being only a couple of hours away.

Know and remember the name of this company, as you will most likely be boarding one of their ferry-style boats at one point or another on your trip north or south, as they are the main provider for walk on, and drive on passengers going between Chiloe and the Chilean mainland. Beware that their website has listed sailings, but for some unknown reason does not post the duration of the journeys, even though, depending on the stops, they can vary drastically. Also, their payment page on the website is extremely inconsistent, but it does have a list of offices in the neighbouring cities that you can visit and make the booking in person. Often the Tourist Offices in the cities are associated and can actually make the booking on your behalf. 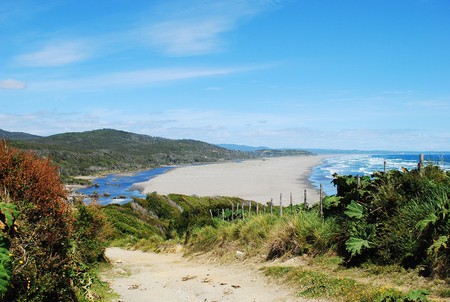 Going south through Chiloe can be very straight forward if you have the right information. From Puerto Varas and Puerto Montt, buses leave constantly to the Chiloe Islands making stops at all the main towns along the way, including some impromptu stops if requested when you get on. This way, you can hop on and off the buses as they make their stops in each town, and due to the constant traffic of people using these buses, they flow often and surprisingly on time. For short journeys under a couple of hours, you can just roll up to the office and buy a ticket on the spot for the next departure, but for longer journeys and on weekends, be sure to buy a ticket in advance.

The main and most constant bus company in the south of Chile, and on Chiloe, is Cruz del Sur. The buses are basic but, as mentioned, run on time, are comfortable, and even though the journeys are quite short almost all have a functioning bathroom on board (sounds standard, but is a luxury in South America). If you are going somewhere that is a jumping-off point to a park, hike, walk or small town, you can request to be dropped off at a non-designated stop, but be sure to tell the driver and his assistant who works on the bus once you get on board, and you may have to remind them as well as the journey progresses, so you don’t shoot right past your stop. 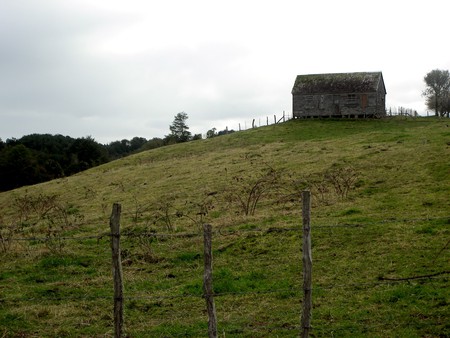 The capital, and biggest city on Chiloe is a fitting place to set up as your home base considering it is the closest town to the National Park of Chiloe, has the most ammenities, and is quite central in regards to the other cities and the famous churches that are a big attraction on the islands. For those who like to get to know a place, or if you’ve found some great accommodation that you do not want to leave, just use Castro as your home base and take the shuttle buses around the island, or rent a car and explore everything Chiloe has to offer without constant check ins and check outs.

OK, so you have arrived to Chiloe, now what do you do? The main attractions of this remote part of South America are its unique landscape, architecture and history. The eerie and almost spooky churches on Chiloe are a huge attraction for travellers and portray a perfect image into the mysterious history of Chiloe, which is known for its tales of sorcery and witchcraft. Also, the National Park of Chiloe is a big attraction and the only national park on the island, but be prepared with some high fitting boots if you are exploring after a day of rain as it can get very, very muddy. In the north of the island, near Ancud, you can take a tour to hang out with the best-dressed birds in the animal kingdom and mingle with some tuxedo-clad penguins as they waddle in and out of the frigid waters. 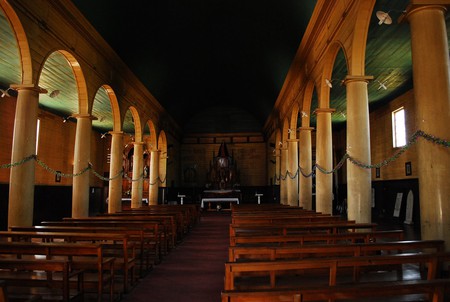 Chiloe is famous for its ‘4 in 1’, referring to its four seasons in one day. You may wake up to very dark, crisp morning that looks like it’s preparing for a dump of snow, then as you prepare to head outside, it has cleared up and is sunny. Then as you are taking off your winter coat, the weather is changing so that by the time you attempt to leave again, it is dumping rain. Bring layers to stay warm when it gets cool and to strip off when it heats up, but also bring something impermeable to deal with the rain when it comes because a short shower of 30 minutes can soak you to the core, and have you slogging around with a frown on your face.