The Ultimate Guide to Discovering the Atacama Desert 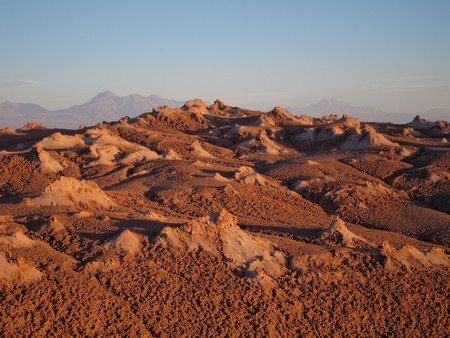 The Atacama Desert’s unique topography and clear, starry night skies make it a travel destination unlike any other. Here is the ultimate guide to exploring this breathtaking, Mars-like destination. 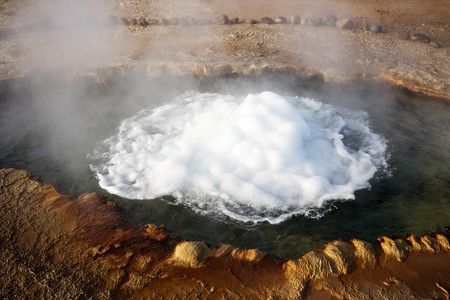 The massive Atacama Desert encompasses approximately 40,000 square miles of northern Chile and features many of South America’s incredible landscapes. Most travelers start their journey to the Atacama Desert from San Pedro de Atacama, which is strategically located near many of the desert’s highlights. A number of local tour companies based in San Pedro de Atacama offer excursions for the leading sights and attractions throughout the desert. 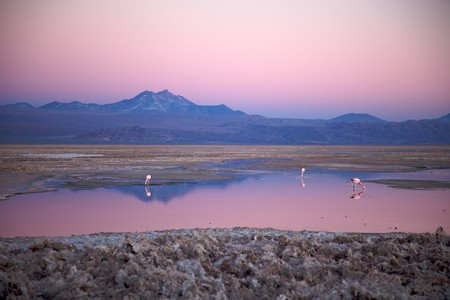 Though San Pedro de Atacama is the leading tourist city in northern Chile, the city itself only offers two main attractions: the R. P. Gustavo Le Paige Archaeological Museum and the Church of San Pedro. For this reason, it is vital to book tours to the variety of desert destinations beforehand. Without a reservation for a tour or excursion, it is difficult to see everything the Atacama Desert has to offer.

Over 80 active geysers are present at the El Tatio Geyser Field. It’s the third largest geyser field in the world. Puffs of steam released from the geysers add an other-worldly effect to the terrain. El Tatio is located about 50 miles from San Pedro de Atacama.

Valle de la Luna is just eight miles west of San Pedro de Atacama, and is one of the most breathtaking sights the desert has to offer. This “Valley of the Moon” has earned its name from its moon-like sand and stone formations, shaped by thousands of years of water and wind erosion.

Chile’s largest salt flat, Salar de Atacama, is just 34 miles south of San Pedro de Atacama. The spectacular views from the salt flat, the third-largest in the world, include several large volcanoes and the Andes mountains.

This gorgeous nature reserve includes a number of the Atacama Desert’s most impressive sights, including the Miscanti, Miñiques, and Chaxas lagoons and the Salar de Tara and Salar de Aguas Calientes salt flats. The reserve gets its name from the bright pink flamingos that have made the lagoons home.

One way to reach the stunning Uyuni Salt Flats in Bolivia is through tours based out of San Pedro de Atacama. The Salar de Uyuni, containing the largest salt flats in the world, is one of South America’s leading tourist destinations. 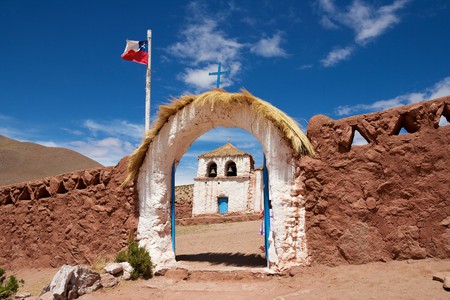 The Atacama Desert receives visitors year-round. The climate is extremely dry due to little rainfall and doesn’t change much throughout the year. To avoid the extreme heat and big crowds, it’s ideal to plan a trip before or after the hottest summer months (January through March), when Chileans also take their summer vacations. 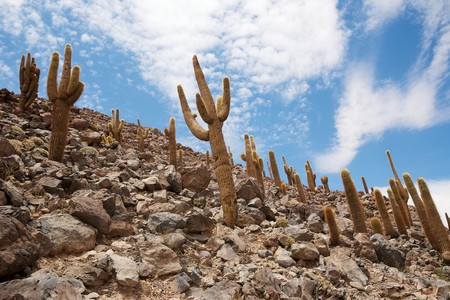 Because of the dry climate, it’s important to stay both hydrated and moisturized on this journey. Bring lotion, sunscreen, lip balm, and sunglasses for skin and eye protection. Pack high-coverage clothing that’s easy to layer. Jackets, scarves and hats provide shield from the intense sun rays and provide warmth during the evening when the temperature drops significantly. Tennis shoes or hiking boots are recommended for the desert treks.