The Most Popular Student Hangouts in Santiago 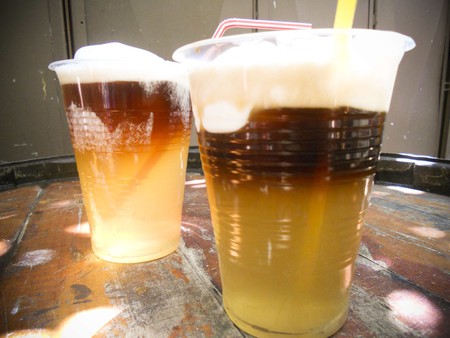 Santiago has a huge student population due to the copious number of universities in the city, thus there are plenty of cool places for students to hangout. You’ll find most of them at the student night, which is held on Wednesdays and called Miercoles’po, because it wouldn’t be Chilean with a ‘po’.

Wednesday nights should be spent at Miercoles’po, where ladies get free entry and exchange students get discounted entry as well, piscola (pisco and coca cola) will be drunk. But beware, if you are new to Chile, they often give you the equivalent of 3 or 4 shots of pisco per drink!

A congregation for literary types, this place may as well be in the Latin Quarter in Paris, with students sitting around a bottle of wine, smoking away and putting the world to rights. Although, they’re probably not discussing Camus and Sartre at length.

Sunday Funday at the W Hotel

This silent disco on the rooftop of the W Hotel attracts exchange students, partly due to the electronic music and because its hosted by the Santiago Exchange Network. Sip on cocktails or piscolas while watching the sun set from one of the city’s best roof terraces.

The area surrounding the Manuel Montt metro station has an abundance of restaurants and bars, as well as being the focal point for students. Popular watering holes include Ramblas Bar and Santo Remedio, grab a piscola there while the night is still young. If you are heading out, Mito Urbano is a popular choice for cheesy music combined with reggaeton. While there are also plenty of concerts to catch as Santiago is a pit-stop for most touring South America.

Whether you’re looking for a cheap night or classy cocktails and craft beer, it’s all here. Bellavista is Santiago’s answer to nightlife, Pio Nono is the main throbbing artery with booming reggaeton following you down the street. On game day, the area is absolutely buzzing, with people cramming into every bar to watch. Patio Bellavista has a food court with plenty of restaurants if you fancy something to eat, while the surrounding streets have plenty of independent venues. 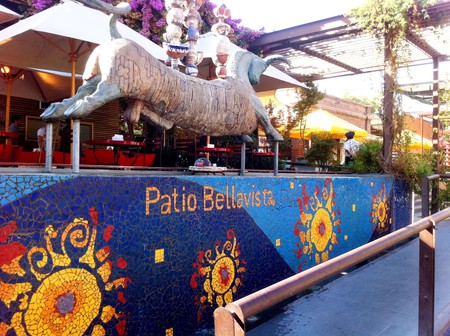 According to most travel guides, La Piojera is THE place to get yourself a terremoto (earthquake), made with cheap wine, pineapple ice cream, grenadine syrup and maybe a splash of pisco, fernet or vodka. So-called because after a couple you won’t be able to feel your legs, much like in an earthquake. The drinks and empanadas here are cheap, and the atmosphere is quintessentially Chilean.

Whether reggaeton, cheese, indie or old school classics get you moving, Blondie can cater to your every need, you can check their upcoming events here. While Club Matta and Tunel are purely reggaeton and top hits. However, many European students tend to congregate for electronic music nights, such as Casa Yungay and Fonda Mental.