The Most Beautiful Beaches in Arica, Chile

Playa El Laucho, Arica | © cristian.villazón.valencia/Flickr
Located between the Atacama Desert and the Pacific Ocean in Chile’s northernmost region is the quaint beach city of Arica. Though it’s still not world-renowned as a beach destination, Arica has the best daily weather conditions for visiting its beaches and is one of the driest cities in the world—take your pick of these top spots!

As the closest beach south of the city of Arica, El Laucho is a short walk from the famous Morro de Arica (a hill used during the late 19th century to protect the city). Follow the Morro’s giant Chilean flag and El Laucho will appear before you. The beach has a calm swimming area, palapas (small dwellings made of palm leaves) that will provide some shade and a few restaurants where you can grab a snack or refreshment. 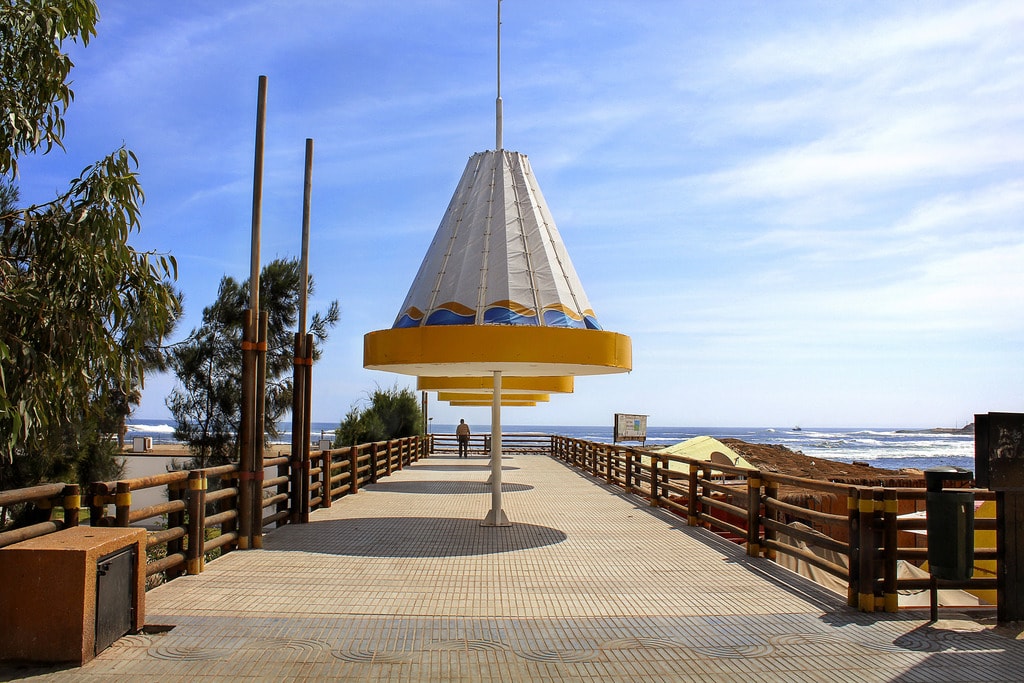 Less than a kilometre (half a mile) south of El Laucho Beach around a bend and in front of some cozy beach houses on a hill, you’ll find Playa La Lisera. Existing as a circular bay, this small cove has a platform its visitors can swim out to and a staircase to help them reach the top. The boardwalk from El Laucho continues down to La Lisera, but expect crowds on the weekends as Arica’s locals love a good beach day. La Lisera is a good choice for visiting families with children as it has a park for kids and even the occasional trampoline with harnesses that only costs a few pesos to use. 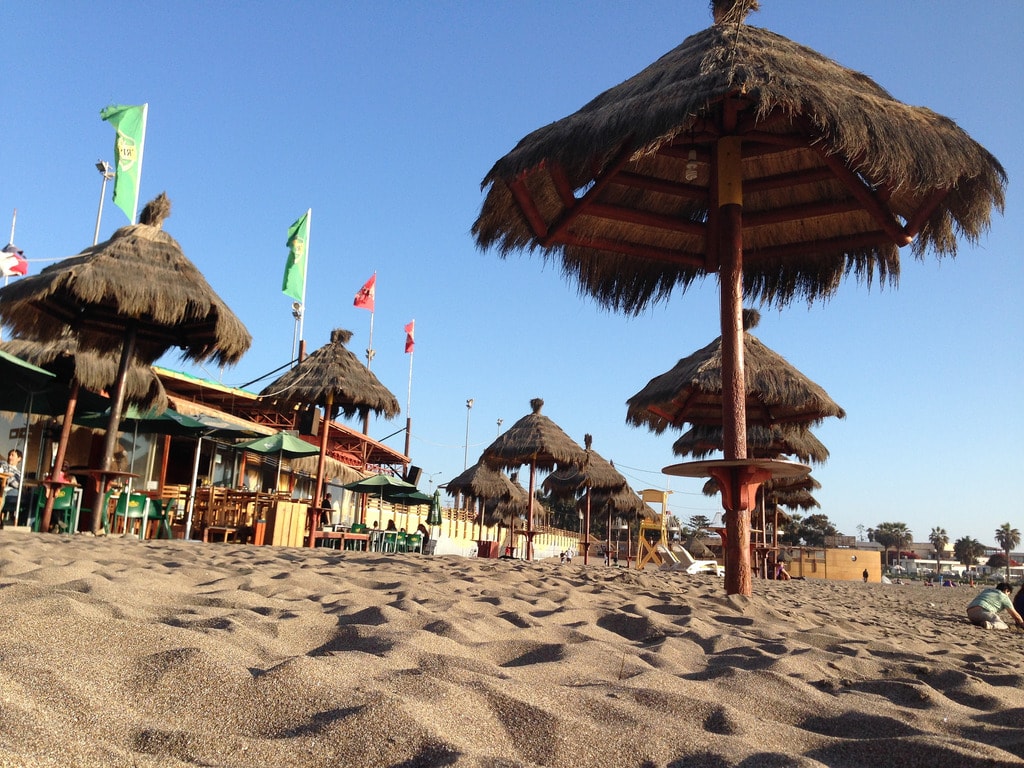 The last of Arica’s small southern trio of beaches is Playa Arenillas Negras, or ‘Little Black Sands Beach’. While its sand has more of a coffee bean color, Playa Arenillas Negras is much different in shape than the other two nearby beaches and stretches about a kilometre long. If you prefer beaches that haven’t been as manicured for tourists and are left in a more natural state, this may be the one for you. It has no beach clubs or man-made barriers and has massive exposed rocks when the tide is out. 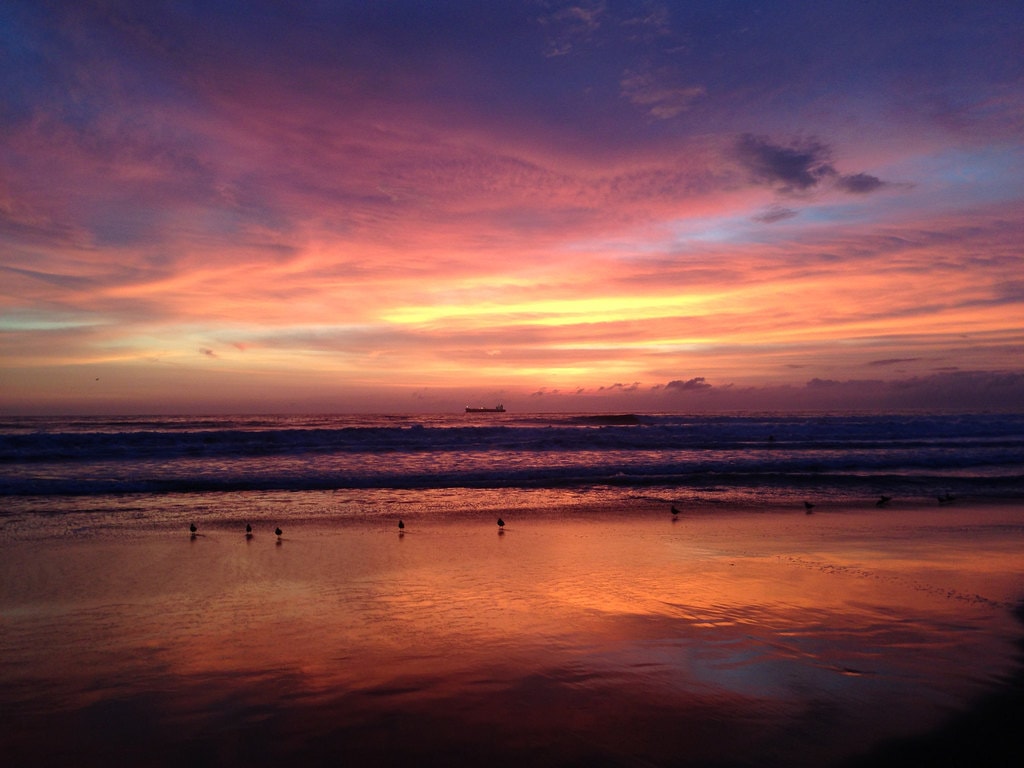 As Chile’s western coastal road continues farther south, you’d expect to keep finding beaches until you run into Patagonia. Though the road ends quite abruptly, you’ll find Playa Corazones before it does. This beach is perfect for anyone who prefers peace and quiet, wants to avoid the crowds and enjoys catching a gorgeous sunset. Stay on Avenida Comandante San Martín until its end and you’ll also see one of the most interesting attractions in Arica—the Caves of Anzota, an incredible system of caves eroded into the coast’s mountain. You can even walk into these spaces for some stunning views. 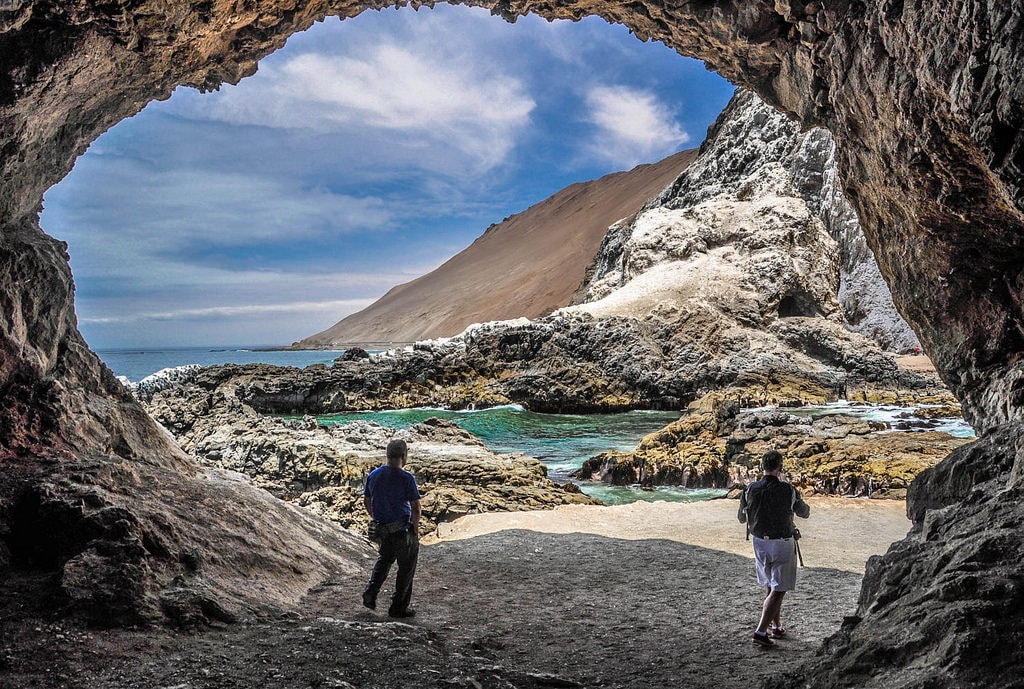 Still don’t see anything that’s secluded enough for you? You can make a trek to Playa La Liserilla, a very small, rough but beautiful cove at the bottom of an impressive, wind-swept cliff. As the path ends at the Caves of Anzota and the final cave stands before you, look up to your left and you’ll notice a sign that signals a path to the next beach. Follow this and you’ll see a path meandering its way along a sandy slope around the next group of rocks. The route, which you can take at your own risk, is about 1.5 kilometres long and will take no more than an hour to complete at a normal pace. Though this beach is usually very windy, it might be a nice place to take a dip after a long hike.

In Arica’s northern beach region, you’ll find the long stretch of Playa Chinchorro. Named after the Chinchorro people that settled this area approximately 9,000 years ago, Playa Chinchorro is a short walk from the centre of Arica. For those who want a more active beach experience, this spot often has games of volleyball you can join, a skateboard park and some Olympic-sized diving boards you can visit located just a block inland from the beach. 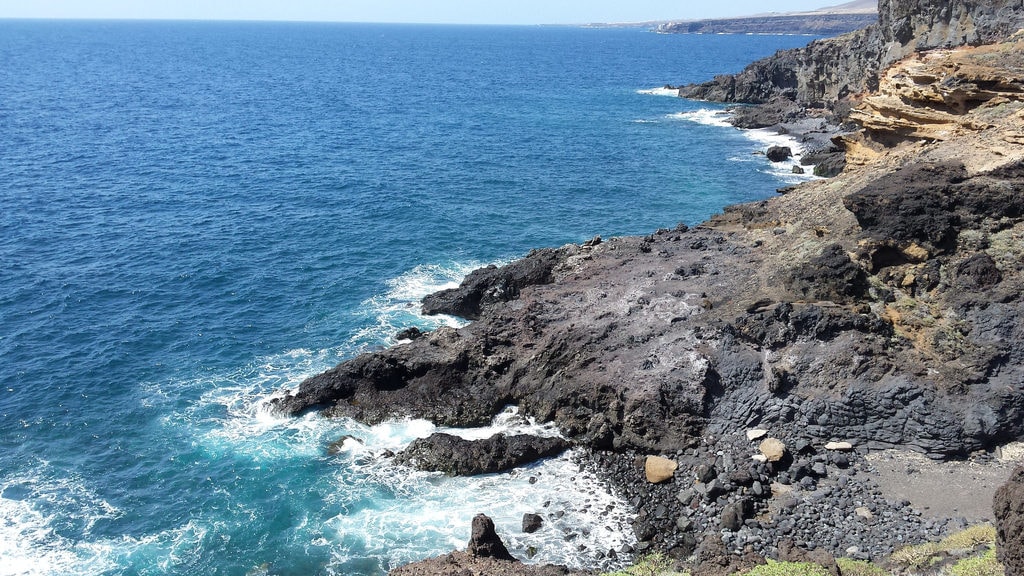 Take a stroll north from the Chinchorro Beach shore where the coastline and streets no longer remain parallel and civilization fades inland. You are now in Playa Las Machas, a spacious beach where you’ll have no problem finding space to relax away from the crowds on Arica’s Pacific Coast.