The Amazing Story Behind the Chilean Flag 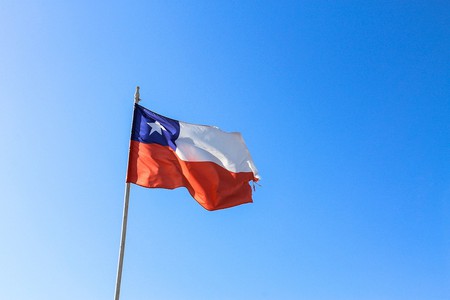 The flag of Chile, known as La Estrella Solitaria (‘the Lone Star’) was adopted in 1817 during the fight against the Spanish for independence, and was used for the Oath of Independence in 1818. It has two horizontal stripes, one red, the other white, with a blue square with a white star in the top lefthand corner.

According to the poem ‘La Araucana’ by Alonso de Ercilla, who was both a soldier and a poet, the current flag resembles the Mapuche Indians’ flag, which was completely blue with a white star in the centre. This flag was waved during the Arauco War, an armed conflict between the Mapuches and the Spaniards that lasted for centuries. Isabel Allende’s novel Inés del alma mía (‘Inés of My Soul’) tells the story of the Spanish conquest of Chile and the war in the south against the Mapuche. 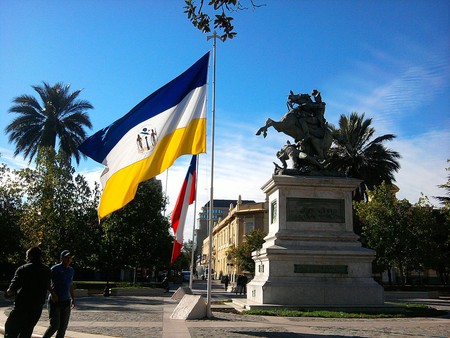 During the colonisation of troops, a number of Spanish flags were used; each battalion had their own flag that included the heraldic coat of arms of the King of Spain. But 1812 saw the onset of the Chilean War of Independence, and things were beginning to change. Between 1812 and 1818, Chile had two flags. The first, Patria Vieja (‘Old Fatherland’), then the Flag of the Transition between 1817 and 1818, which marked the Patria Nueva (‘New Fatherland’).

The Patria Vieja flag was created after the First Government Junta came to power in 1810; one of Jose Miguel Carrera’s first acts was to create a flag that would identify patriots. It had three horizontal lines: blue at the top, white in the middle and yellow underneath and was hung for the first time on July 4, 1812. The bands represented the snowy Andes, the sky and the fields of golden wheat. The Chilean coat of arms was then added a year later. 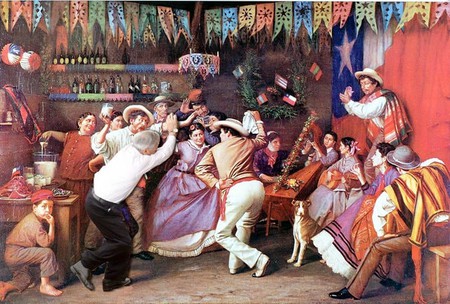 After the royalist invasion in 1813, the Spanish flag was readopted at the expense of the tricolour, as Francisco de la Lastra was chosen as supreme dictator. The Patria Vieja was waved again at the Battle of Rancagua and for the last time at the Battle of Los Papeles. The Reconquista ended in the Battle of Chacabuco, where patriot troops fought with the army colonel, adopting the flag of the Army of the Andes, which would become the Flag of Transition, inspired by the Argentinian flag and marking the new fatherland. This flag is recognised as the first and last national flag by the Chileans, with three equal stripes of blue, white and red, similar to the one we see today.

The star is said to symbolise the country’s independence, after the Mapuche’s long drawn-out battle; the blue is for the sky and the Pacific that hugs Chile from north to south; the white stands for the snow-covered Andes; and the red for all the blood that was spilt in trying to achieve independence.

On national holidays, a federal law requires Chileans to wave their flag in their homes and at their workplace. If you visit Chile during the Fiestas Patrias on September 18 and 19, you will find Chile memorabilia absolutely everywhere, as this festival marks the beginning of Chilean independence. It’s worth remembering that in Chile, abuse of the flag is considered to be a serious crime.

In addition, on July 10 each year, an oath to the Chilean flag is recited in military bases nationwide to remember the 77 soldiers who lost their lives at the Battle of Concepción during the Pacific War in 1882. 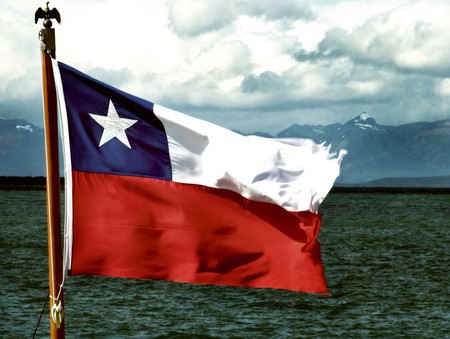