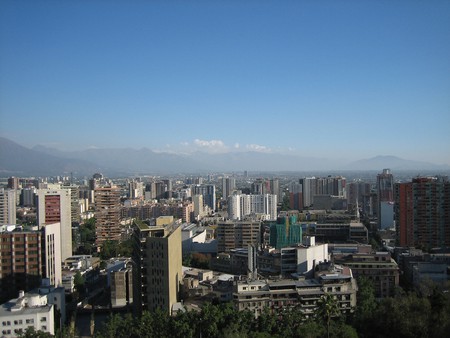 Ringed by the Andes, the metropolis of Santiago is full of cultural eccentricities – you just need to know where to find them. Here are ten unmissable summer events. 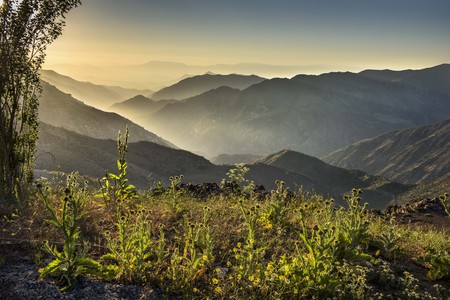 Ringed by the Andes, the metropolis of Santiago is full of cultural eccentricities | © Max Besser Jirkal / Flickr

The illustrious Chilean poet and Nobel-Peace Prize winner Pablo Neruda still remains, 40 years after his death, one of the country’s most revered poets and cultural icons. One of his three former houses, La Chascona, is now occupied by the Neruda Foundation, set in Santiago’s Bellavista district and charged with preserving and promoting the poet’s legacy. Built by Neruda as a secret hideaway to meet his mistress Matilde Urrutia, it’s full of quirky knick-knacks and mementos that provide a narrative to the poet’s life and loves. This July, the museum marks the 110th anniversary of Neruda’s birth with a month-long programme of cultural events included poetry readings, book signings and music. 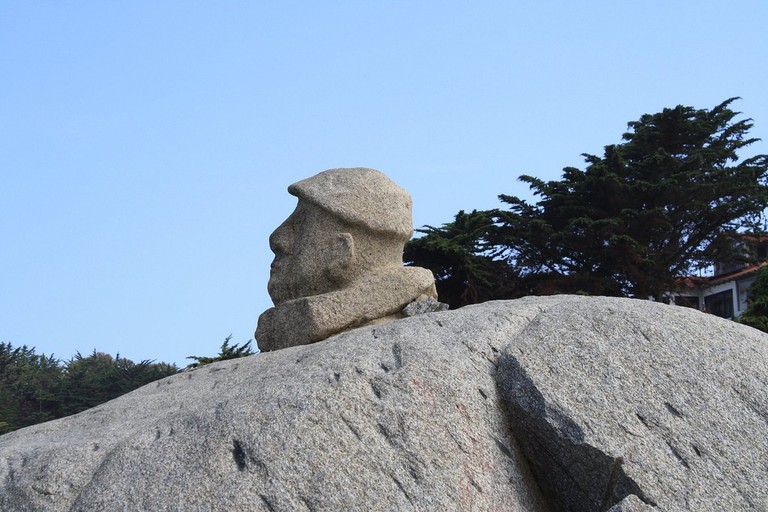 Film lovers hankering for a taste of Latin passion will find something special at the Centro Arte Alameda, part art-house cinema, part exhibition space with a trendy arts café on the side. Its four-day film festival is dedicated to the theme of love on the silver screen – but don’t worry, you won’t find any clichéd Rom-Coms on the programme; instead expect bold and through-provoking fringe films from Spain, Belgium, Colombia and Germany which have never before been released in Chile. 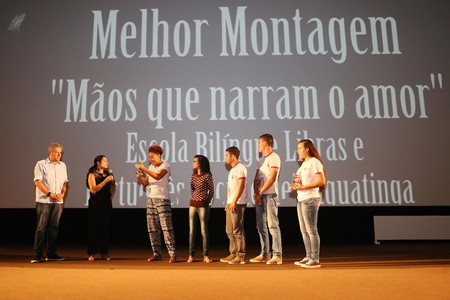 For a one-stop tour of Santiago, head to the National Archives museum where a photographic exhibition will take you on a pictorial journey through the treasure trove of heritage and architecture hidden within the vast urban sprawl of Santiago. The four featured South American photographers spent several months travelling around each and every barrio – the neighbourhoods that make up Santiago – piecing together how each of their unique identities come together to create a unified entity. Their photographs tell the history, stories and traditions of the many facets of the cityscapes. 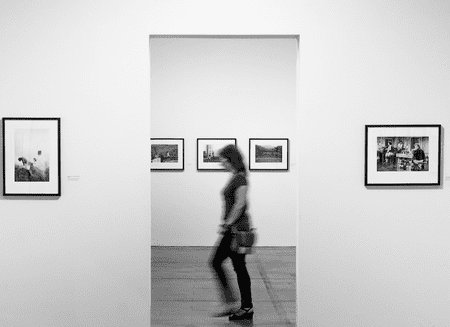 For a one-stop tour of Santiago, head to the National Archives museum | © Raúl González / Flickr

In the aftermath of the World Cup, there is no doubting the power and potency of football, which can make whole nations cry with joy or riot in the streets with fury. Those suffering match-withdrawal can seek solace at Santiago’s Museum of Contemporary Art, which is hosting video and photographic works by ten international artists that reflect on the highs and lows, drama and exhilaration of the world’s favourite sport. The exhibition, which has already travelled to Brazil, Uruguay and Argentina, offers a different perspective than that seen in the stadium as it reflects on the game’s social, cultural and political significance in the world today.

The exquisite neoclassical building of the Teatro Municipal is Santiago’s most prestigious performing-arts venue, known as the home to the national ballet and host of opera, tango and classical music. This August, its four-day contemporary dance festival offers an excuse to see inside the lavish interiors and witness some stunning performances as both the Santiago ballet school and Chilean ballet school take to the stage together to perform classical works with a modern twist with the help of internationally renowned choreographers.

There is no better place than Santiago to experience Chile’s National Independence Day, known colloquially as El Dieciocho (the eightieth). Bookended by celebrations, the 18th September is the official day when the whole country explodes into celebration to commemorate their independence from Spain in 1810. Festivities typically take place in ramadas – make-shift, out-buildings with thatched roofs featuring dance floors and places to eat. With the smell of meat cooking on huge asados (open barbeques) and wine barrels flowing, merry locals can be found taking to the floor for their national dance – cueca that carries onwell into the night, making for a great party and authentic cultural insight.

Taking place in various locations around the city 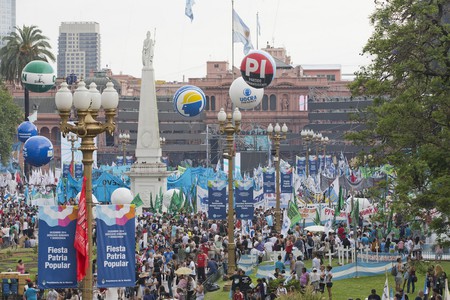 The well-established literature festival FILBA was first born in Argentina in 2008 as a forum for literature and discussion. Having grown in size and popularity, this year´s event will take place in three South American cities simultaneously; Buenos Aires, Montevideo and Santiago. Over the course of eight days, 100 guest writers, journalists, poets and translators both foreign and local will take part in readings, discussions, performances, workshops and lectures which are all offered for free to spectators. With a strong international contingent of participants, it´s a great opportunity for literary-loving visitors to exchange ideas and infiltrate the intellectual heart of the city.

Taking place in various cultural centres around the city 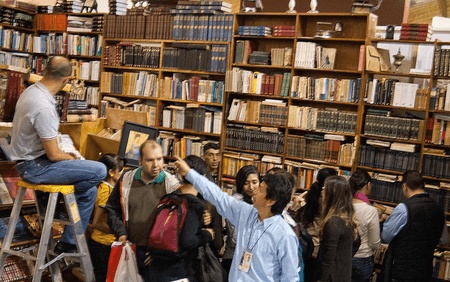 This renowned electronic music festival is most often associated with the city of Miami where it began in 1999. As its popularity snowballed, Ultra has spread to various other cities including Ibiza and Buenos Aires. After making its début in Santiago last year, the festival returns for the second time this October, promising a line-up bulging with big pin-ups of the electronic dance scene – both Chilean and International. They will perform across two days and three stages at the Movistar arena, where 30,000 party-goers are expected in attendance each night. 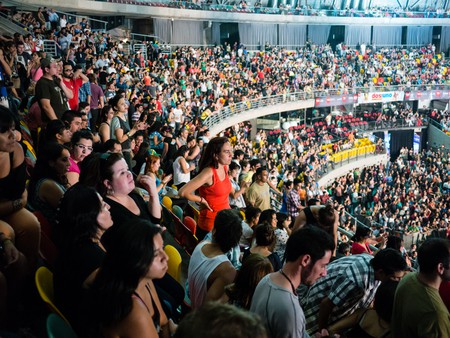 Guerrillas dressed in tattered clothes pose with their weapons; gaunt prisoners stare hollowly through rusting bars – such scenes characterise the poignant exhibition titled Streets of Sorrow at the Museo de la Memoria y Los Derechos Humanos this winter. The exhibitions shows in 51 images the coverage of Central and South American conflict between 1975-1988 by acclaimed Chilean photojournalist Marcelo Montecino who travelled extensively through the continent during this period. It offers a moving insight into the harsh and fragile realities of Latin America´s more recent history. 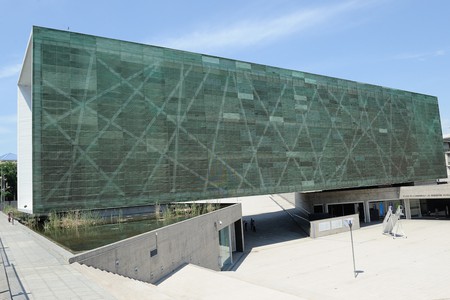 As winter draws to a close, Santiago fires up spring with a bit of glitz and glamour as actors, screenwriters and directors roll into the city for its annual International Film Festival – or SANIF for short. Celebrating its 10th anniversary this year, the festival promotes both South American and world cinema with its screenings held at various movie theatres and independent screening rooms around the city, providing a chance to explore both a variety of film genres and different neighbourhoods of the city at the same time.

Taking place in various locations around the city