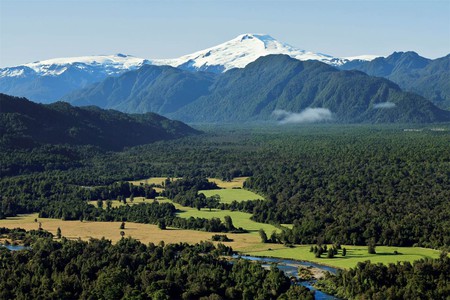 Searching for a remote home in Patagonia? Look no further. Fundo Renihue, farm of the late founder of The North Face and Esprit, is for sale. This dream home in an even dreamier destination – Chaiten, Los Lagos Región, Chile – could be just what you’re looking for, at a cool $10.5 million. 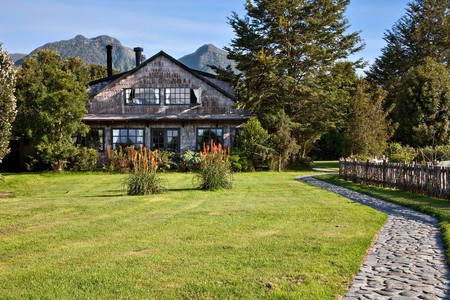 Everyone knows The North Face, but what about the face behind the business? Founder of outdoor adventure brand, the late Douglas Thompkins, first came to Patagonia in 1961 and since then has founded both the Foundation for Deep Ecology and The Conservation Land Trust. He created many parks in Patagonia, including Pumalín, thus preserving land in southern Chile and Argentina, as well as northern Argentina.

In 2015, at age 72, Thompkins died in a sea kayaking accident in the place he spent 54 years exploring and preserving: Patagonia – specifically General Carrera Lake. Thompkins bought Fundo Renihue in 1991, which was his first agricultural endeavor in South America.

Resting between the Negro and Renihue rivers in the Renihue fjord, Fundo Renihue covers 1,750 acres, the majority of which is Valdivian rainforest, and features two organic gardens, three wood-stove heated greenhouses, sheep and cattle. All of which are maintained with sustainable purpose: fresh fruits and vegetables are grown for guests and residents while wool and grass-fed meat are produced for the market. 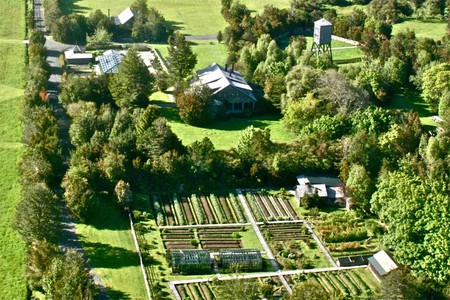 The property holds a 3,455-square foot primary house with five spacious but cozy bedrooms, an epicurean kitchen designed with a blend of copper and natural wood, a 1,722-square foot guest house with three bedrooms, a house for a caretaker, a barn and a 1,800 foot airstrip – as arriving by private plane is popular. Fundo Renihue is also accessible by boat or by car, just six hours south of El Tepual International Airport in Puerto Montt. 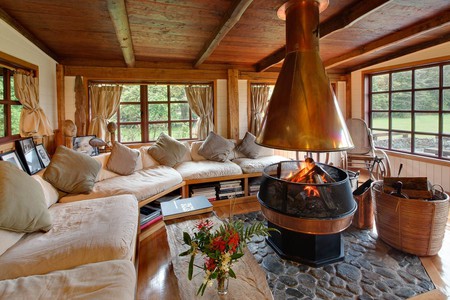 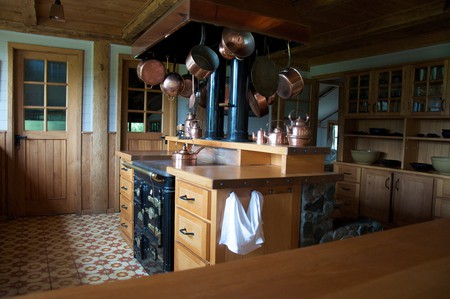 With breathtaking accommodations and vast opportunity for outdoor sports such as sea kayaking, horseback riding and mountain biking, Fundo Renihue is a wonderful destination for building a home – a sanctuary for adventure travel or off-the-grid relaxation.

Speaking of sanctuaries, just next door is Pumalin Park, a privately owned, but publicly accessible preserved natural area spanning 716,606 acres. Pumalin, founded in joint by Thompkins and The Conservation Land Trust, was named a Nature Sanctuary in 2005 by then President Ricardo Lagos.

The park offers many eco-touristic activities: hiking to waterfalls, through the rainforest, and up volcanoes; sea kayaking the Comano and Renihue fjords and spotting marine life such as sea lions, dolphins and the occasional whale. 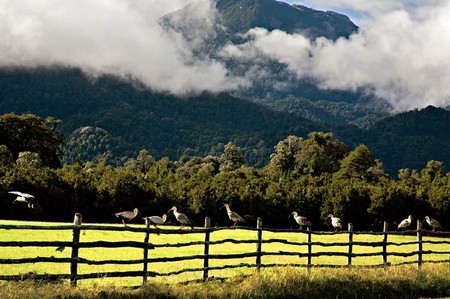 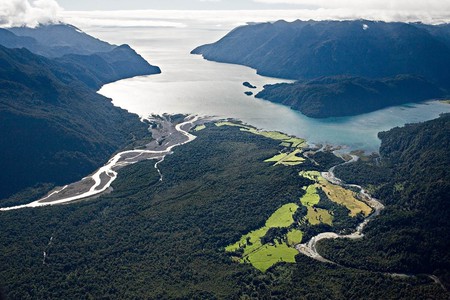 From natural wonders of volcanoes, glaciers, crystal clear lakes to various wildlife including condors, penguins and pumas, Fundo Renihue in Chilean Patagonia is one of the world’s wildest places and a wonderful destination for adventure travel or off-the-grid relaxation.

Contact Sotheby’s International Realty if interesting in a visit or more information.