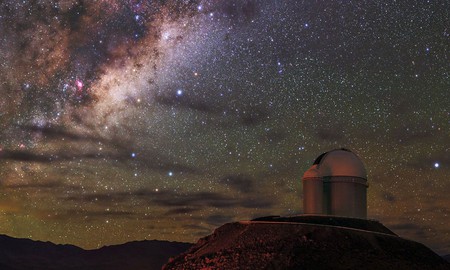 Dr Maritza Soto is a Chilean astronomer who discovered three planets. She was only 25 when she found the first and 28 when she identified the last two – but she insists it’s no big deal.

Maritza Soto was just 25 and studying for her doctorate at the University of Chile when she discovered her first planet in 2015, HD 110014 c. It’s three times bigger than Jupiter, and Soto says the moment came as a surprise. “I wasn’t expecting to find it,” she admits. 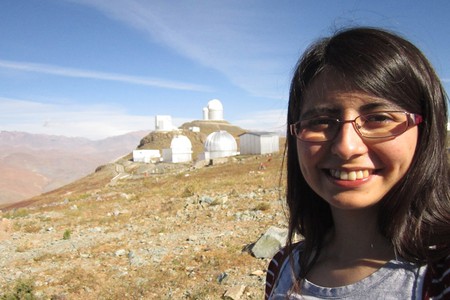 Chile boasts some of the worlds clearest skies. In the Atacama Desert, where Soto and her team were based, there is virtually no light pollution, making it one of the best places in the world for celestial research. When they identified 110014 c, the team were stationed at La Silla Observatory on the edge of the Atacama, home to one of the darkest night skies on Earth. They were looking at a red star in a different planetary system, using two telescopes to study how planetary systems form, when they came across an unidentified body orbiting the red star.

They re-examined data compiled from 2004 to 2011 to understand the planet’s existence, applying a method called radial velocity, which measures the movement produced in the star when there’s an object orbiting it. Through this method, the team uncovered the source of what was exerting the force on the star: the planet 110014 c.

The work on 110014 c was published in the Monthly Notices of the Royal Astronomical Society, with Soto signing the paper as the first author. However, she remains nonchalant about her achievement: “It was exciting, but it wasn’t a reaction like you may think. I was happy. I thought, ‘I’m going to tell my parents, they will be happy,’ and that’s it. Then I’m going to continue on with the work.”

Three years later, in 2018, Soto identified a further two planets. A young woman working in a male-dominated field, her accomplishments made her the subject of national media attention, leading to her nomination as Chilean of the Year in 2018. Despite the praise and accolades, she insists that what she does is no big deal. “I am in that field, so the idea is that I detect something at some point; that’s why it’s not that exciting, and I am a very non-passionate person!” she laughs.

She continues, “I know other astronomers who get really excited about their new discoveries, which is great, but I am like the worst person to ask this stuff.” 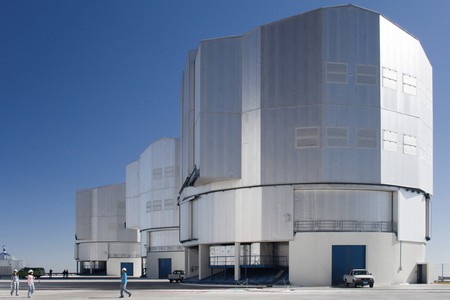 Soto’s modesty may seem surprising, but she insists that discovering a planet isn’t such a big deal for astronomers (“There are so many of them,” she says) and she never takes full credit for it. “I work in a big team; I am not that special,” Soto maintains, despite having her own Wikipedia page and receiving national recognition. “Chile is a small country, but there are lots of astronomers here doing amazing work.”

When pressed to tell more about the planets she detected, she bluntly squashes any romantic fantasy about life in a galaxy far, far away. “They are not like rocky worlds, they may not have life – they won’t have life. They are planets that are the size of Jupiter, so it’s like gas; that’s all there is, gas.” Furthermore, “We have no idea where they are exactly; they are really far away. Really the only thing you can infer from them is their size and mass, and that’s it.” She and her team search for planets in order to study the atmosphere of those worlds and further enhance scientific discoveries.

While perplexed by the media attention, she welcomes it for one main reason – to debunk false impressions, especially about women in science. “People make it seem like you have to be either super-nerdy or the complete opposite, like super-fashionable and girly,” Soto muses. “No – you can be whoever you want. You may be nerdy or into fashion. It doesn’t matter. You can be whatever you want and be a scientist on top of that!” 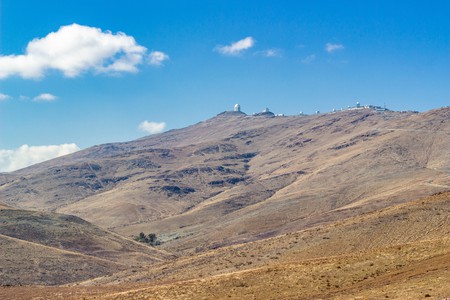 The reluctant poster girl of astronomy returns to this point again and again. Soto’s work is enjoyable and she is highly committed to it, but it doesn’t define who she is, because, as she explains, “Science is just a career, like any other career.”

Soto addresses the fact that her very presence in the field is unusual. “I can see that it is a male-orientated field,” she says. “There are not many women, but a lot of guys. So, of course, you can feel intimidated.” However, Soto brushes it off, saying, “I never really cared about it. I just thought, I will act as I do.”

Whether Soto’s positive attitude is a result of the times or of her achievements in her career, she has fortunately been able to say, “I never felt I was receiving different treatment.” She realises, though, that this is not the case for every woman. “I have seen some other cases in which women have felt discrimination,” and encourages more women to join the field. A 2014 study found that female academic astronomers account for just 26% of the field, while a 2010 report found that women made up 31.6% of participants in The International Astronomical Union, reflective of an industry trend (Chile’s female participants accounted for just 15.6% of the country’s total). Soto tells us, “That is what I like about this media coverage, that I show women that it’s possible to feel inspired, and you can just be yourself and do whatever you like.”

Soto enrolled into a postdoctorate program at Queen Mary University of London to continue her education. “Astronomy is not alien stuff that only two people in the world do; it’s really a career path. It’s something you can do, that anyone can do, if you work a lot for it. It’s not impossible, you don’t have to be a genius,” she says. “You can just be a normal person.” 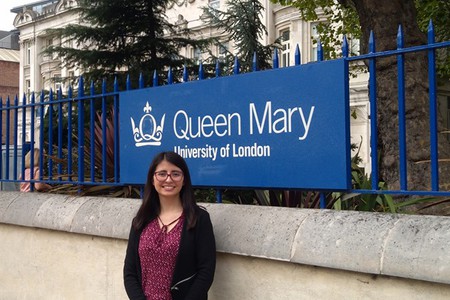