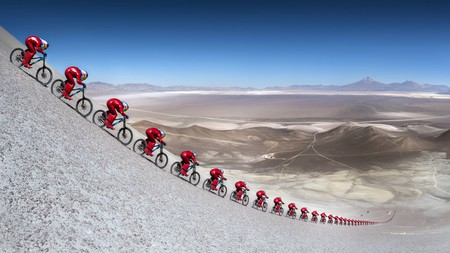 Two years in the making, Markus Stöckl’s plan to become the fastest man on a production mountain bike, came to fruition when he broke the world record in Chile.

The Austrian was aiming to beat his own world speed record for cycling down a gravel-based mountain on a production mountain bike, which he set six years ago on the volcanic cone of Cerro Negro in Nicaragua, when he reached 164.95 km/h (102.49 mi/h).

Down the side of a mountain in the Atacama desert, Stöckl hit a top speed of 167.6 km/h (104.14 mi/h) on a bike made of components that can be bought by simply walking down your local high street. Stöckl described it as ‘a high-end bike with the best parts, but you can buy any part, nothing has been specially made’.

What was a little different, however, was his choice of attire. In a specially designed, figure-hugging suit, he effectively had rudders attached to his legs under the material and a carbon-fibre helmet in two parts – the first a normal helmet, the second aerodynamically designed to ensure the least amount of air resistance possible. The helmet, outfit and bike were all tested in a wind tunnel to find the best design and seating position for the attempt. 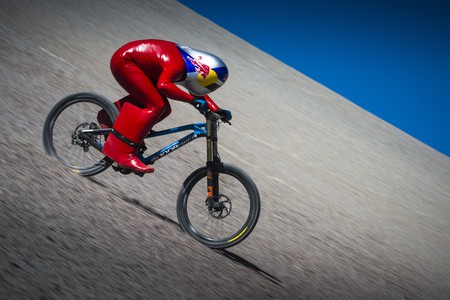 After much consideration, the barren mountains of the Atacama desert, with a gravel slope of 45 degrees were deemed the perfect angle for his record, and while he initially managed to gather ferocious speeds – beyond 120 km/h (74.56 mi/h) – acceleration became harder to come by. ‘It’s hard to reach top speed’, he explained. ‘After 160, each km/h is a huge effort. If you want to reach a certain goal then you have to put it all in.’

During the 1,200 m (3,900 ft) descent, Stöckl’s pulse hit 170 beats per minute. He admits to being perpetually close to one wrong move, his only protection being an airbag built into his riding outfit. ‘When above 160km/h [99 mi/h], each and every extra kilometre per hour requires an enormous effort. If you want to get an idea of the air resistance, you only have to stick your hand out of the car window when you’re driving at 150 or 160 km/h [93 or 99 mi/h]. This force has an impact on the bike and the entire body.’

The preparation to get there included testing runs on all manner of surfaces, from Austrian snow to the Chilean mountains, which included a fair number of falls, unsurprising with the speeds in question. ‘It’s important that it feels like an adventure’, he said. ‘We are travelling to another continent, heading into the desert for countless hours, sleeping in tents under the mountain with a good bunch of guys – it all makes for so much excitement. You never know what is going to happen from a start point before you try it.’ 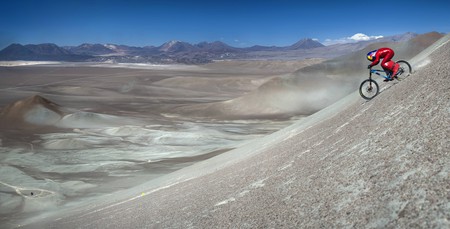 The Austrian reached speeds of 167.6 km/h during the attempt. | © Red Bull Content Pool 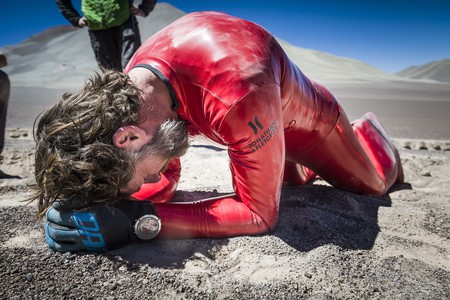 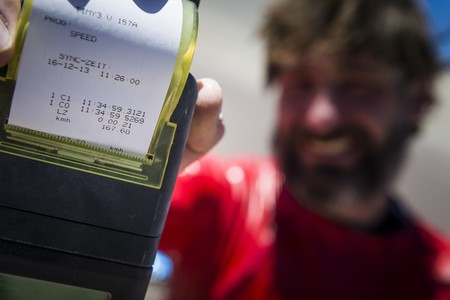 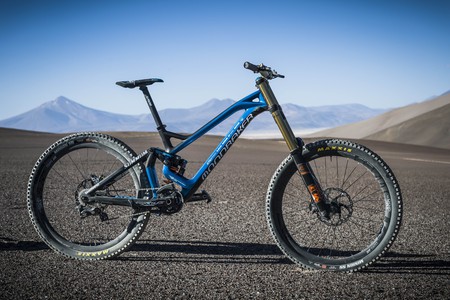 The bike that used in the attempt. | © Red Bull Content Pool
Give us feedback