We spoke to Gael García Bernal and Pablo Larraín about their latest film, Neruda, which opens in London this week. Based on the famous Chilean poet and politician Pablo Neruda, the movie blurs the lines between fact and fiction, with Bernal playing a relentless government agent in pursuit of the Communist chief. 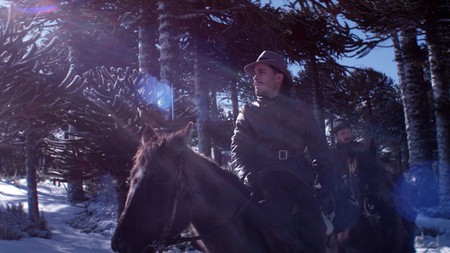 You might also like: How did Pablo Neruda really die? and The most famous poems by Pablo Neruda

Larraín has hit something of a purple patch over the last 12 months, with three films being released in the UK to rave reviews. The Club (2015) focused on a group of priests trying to repent for previous sins in a remote Chilean village and Jackie (2016) saw Natalie Portman earn an Oscar-nomination for her portrayal of Jackie Onassis in the aftermath of her husband’s infamous assassination.

Neruda sees Larraín return to his native Chile and team up once again with Bernal, having previously worked together on political thriller No (2012).

‘Neruda’ is in UK cinemas from April 7