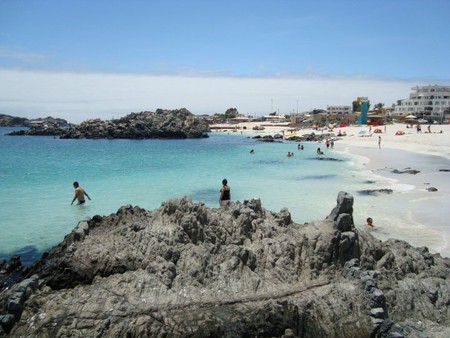 With an enormous 4,270 kilometres (2,653 miles) of coastline, Chile has plenty of beaches, although they don’t seem to warrant the same attention as Brazil or Colombia. Partly due to Chile being a lot further south, thus not being as hot or tropical, but also because these destinations are still unspoilt by mounds of tourists. We’ll let you in on a little secret… Chile has some great beaches. Here are the best of them.

This place is perfect for people who want to relax, as well as those who want to engage in water sports, whether it’s sailing, surfing, windsurfing or kayaking. Once you’ve exhausted yourself, there’s no place more beautiful than here to bask in the sun on the shining white sand. What’s more, the sea is warm, and due to its northern location, the summer is longer than in the south.

The rugged coastline of the Atacama region really does set the scene for some dramatic cliffs, offering great views over the beach. It’s hard to access, so you will have it practically to yourself. Once you’ve walked down the rocky cliff, you will be greeted with a long stretch of grey sandy beach.

The name comes from a rock formation that is said to look like the Virgin Mary. With blue-green waters, soft, fine white sand, this is one Chile’s best beaches. The beach is seven kilometres (4 miles) south of Puerto Viejo, and the coastline around here really is stunning.

In the heart of the Pacific Ocean is Easter Island, spoiling you with its pristine white sands and crystal-clear waters that are the perfect location for both relaxing and diving. Surrounding the beach are coconut trees and moai statues. 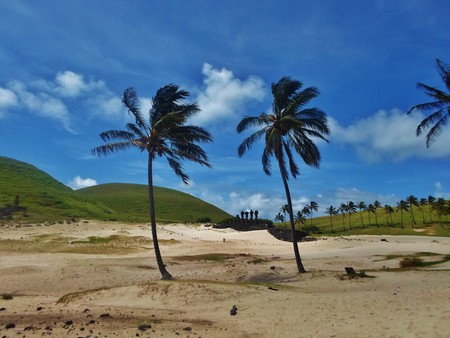 Walk through the barren land where guanacos and foxes graze in the Pan de Azucar National Park. Once you reach the mirador overlooking the beach, through the cacti and fauna, you will see the blue sea extending as far as the eye can see. The village, Caleta Pan de Azúcar, is a great place to do some snorkelling. 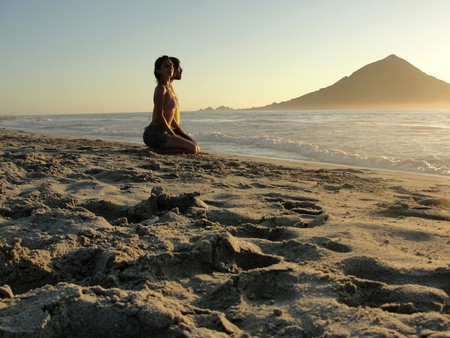 Hidden in the indigenous reserve of the Huilliche community is this extraordinarily beautiful beach, reached by trekking through the vast greenery. It’s usually deserted, and has a white sandy beach and azure waters; what more could you want? 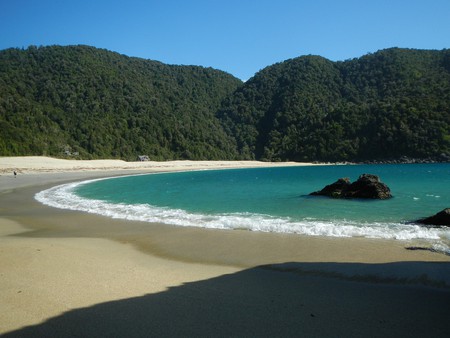 Just 170 kilometres (106 miles) north of Santiago is the town of Zapallar, surrounded by small fishing towns and long stretches of beach. Many of the surrounding beaches, such as Playa Grande and Aguas Blancas, have great surfing, while Maitencillo has several species of birds to spot. 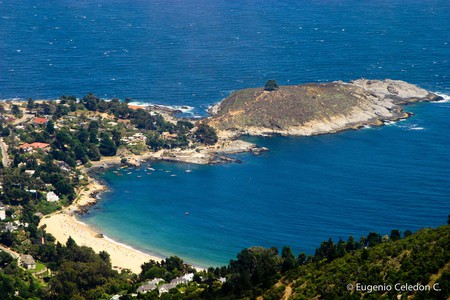 Not far from La Serena is Punta de Choros, known primarily as a great place to see marine wildlife within the Humboldt Penguin National Reserve, which consists of the islands Gaviota, Choros and Damas. In addition, it’s said that it’s the best place to dive in Chile, with a variety of biodiversity and good visibility.

You can find Cole Cole beach in the Chiloe National Park. This long stretch of beach has golden sand, but beware, the water is freezing! Walking along the beach is extremely peaceful, surrounded by hills covered in shrubbery. Climb up to the viewpoint and look back over the stunning scenery.

Just 2 kilometres (1 mile) south of Arica is Playa El Luacho, where you can take a dip nearly all year round. The umbrellas provide shade for those who are just relaxing, while the waves are great for surfers.