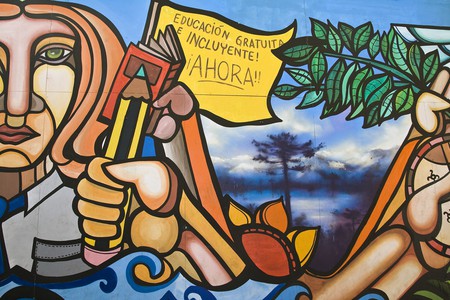 From artists studying at Chile’s Academy of Painting in the 19th century to members of the innovative and controversial 13 Generation and Promoción 80 movements, Chile can boast a number of exciting talents. Santiago’s independent galleries offer an excellent insight into the state and direction of Chile’s contemporary art scene. We discover the best galleries in the Chilean capital.

Art Gallery
Facebook
Email
Twitter
Pinterest
Copy link
Share
Map View
Based in a former dog kennel (perro is Spanish for dog), the Centro Experimental Perrera Arte was brought to life by visual artist Antonio Bercero in 1995. Since then, the center has served as a multidisciplinary cultural laboratory where designers, artists, architects, journalists, intellectuals, and many other cultural actors meet. Amongst its main activities, the Centro Perrera focuses on supporting contemporary art by housing artists, while they work on exhibitions to come. As a result, Centro Perrera transcends the borders of a regular gallery by creating a cultural spot that enables interaction, discussion, discovery, and surprising encounters. This is the perfect spot for visitors who like their art subversive, intellectual, and classy at the same time.
Open In Google Maps
Parque de Los Reyes, Quinta Normal, Región Metropolitana, Chile
+56226821092
Visit Website
Give us feedback

Tajamar is Santiago’s hidden treasure; this gem of a gallery is sheltered deep inside a gigantic complex of post-modernist buildings in the commune of Providencia. Still relatively unknown, this tiny space is the perfect example of one of Santiago’s hidden cultural spots. Part of this is due to the fact that the gallery is only two years old. Tajamar’s originality is partly due to the fact that all of its walls are made of glass, which means that all the exhibited works can be seen at the same time. The small hexagonal exhibition space focuses on cutting-edge contemporary creations coming from the most promising Latin American artists.

It is difficult to talk about contemporary Chilean art without mentioning Isabel Aninat. Her gallery is known for its pioneering work in the 1980s, when Aninat achieved something that was very new to Chile at that point; bringing together the artist, the work, and the visitor. In addition to this, Aninat is also one of Chile’s most famous representatives at international art fairs. In Santiago, the gallery offers a space that can adapt itself to any media conceived or required by the artist. Its bright and open structure suits the gallery’s mission by providing it with a minimalist elegance of its very own. The gallery constantly tries to expand the frontiers of contemporary art without resting on its laurels, making it a sparkling and exciting place to discover. 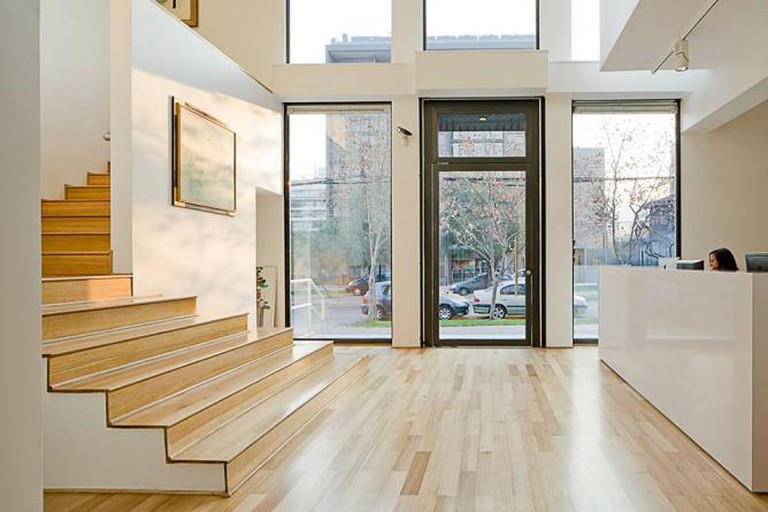 Galeria Animal, Nueva Costanera | © Galeria Animal
‘Our main task is to introduce a wider public to our contemporary art’ – this is the mission Galeria Animal has followed since its launch in 2000. Its former building had been designed to host four exhibitions simultaneously, but due to a lack of storage room, Animal moved to its current location in the fashionable Vitacura commune in 2012. Although most of the exhibitions programmed by the gallery could be categorized as experimental art, visitors will also find a good dose of ‘the classics’; Animal contains a space dedicated especially to Chagall and Picasso. In addition to picking out fascinating artistic talent, Animal is also one of Chile’s most important publishers of graphic art books.
Open In Google Maps
3731 Nueva Costanera, Santiago, Región Metropolitana, Chile
+56223719090
Visit Website
Give us feedback

The Centro Arte Alameda is a multidimensional cultural center with an interest in all artistic media. Cinema, concerts, exhibitions all find their way into the center’s agenda which, despite its diversity, remains particularly well-balanced and surprisingly coherent. This broad approach to cultural production is also noticeable in the gallery’s public; all groups and individuals will find something appealing happening at the Centro Arte Alameda. This is due not only to the gallery’s multidimensional approach to culture, but also its location – Centro Arte Alameda is located on the Plaza Italia, Santiago’s important traffic axis. 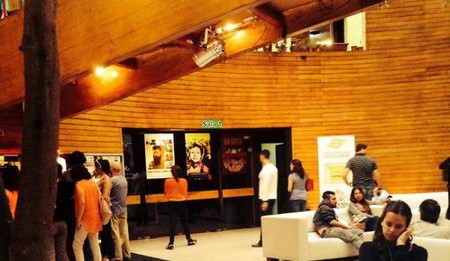 The cultural center Posada del Corregidor has developed into one of Santiago’s most popular cultural hubs. Its laidback attitude and the fact that all its activities are free of charge have contributed to its resounding success. The center is tucked in an 18th century house famous for being a popular meeting spot for Santiago’s bohemians in the 1930s and 1940s. In 1985, the house was transformed into a municipal cultural center. Ever since then, Posada de Corregidor has organized exhibitions, conferences, reading nights, and all sorts of cultural activities that could serve as the perfect introduction to the local cultural scene.

Founded in 2010, PLOP! is the first Chilean gallery dedicated to illustration and comics. In addition to temporary exhibitions, the gallery functions as a meeting place for media professionals and all those interested in the art of drawing. PLOP! regularly organizes workshops, conferences, and book presentations as proof of its dedication to its original mission; to give illustrators and comic artists the spotlight they deserve in the world of contemporary creation. Situated in the hip neighborhood of Barrio Lastarria, a quick pop to PLOP! can easily be combined with visits to other galleries or a night out.
Open In Google Maps
349 Merced, Lastarria, Santiago, Región Metropolitana, Chile
+56226332902
Visit Website
Visit Facebook page
Give us feedback

Specializing in sculpture, Artespacio is home to Chile’s most important sculpting symposia, and showcases works by important international sculptors on a regular basis. As the name suggests, the use of space and dimension is the gallery’s main and central concern. Its two directors have gathered the necessary contacts and expertise in the art field to elevate Artespacio to the status of a gallery that cannot be overlooked when talking about contemporary sculpture. Chilean artists such as Ignacio Bahna or José Basso have exhibited with Artespacio at the gallery’s headquarters, and at international art fairs. 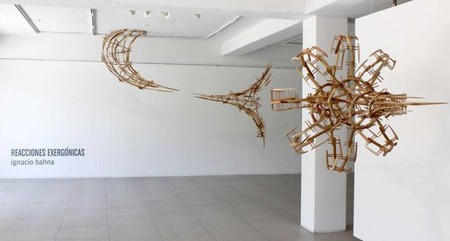 This private gallery founded by two friends and art lovers aims to provide its visitors with a good overview of the different directions contemporary Chilean creation is taking. In this spirit, the two curators take great care in showcasing works that range from more traditional forms of expression to very experimental shores. It should thus come as no surprise that Galeria La Puerta is currently one of the main foundations for the promotion of Chilean contemporary art and a crucial actor in the Chilean art scene.