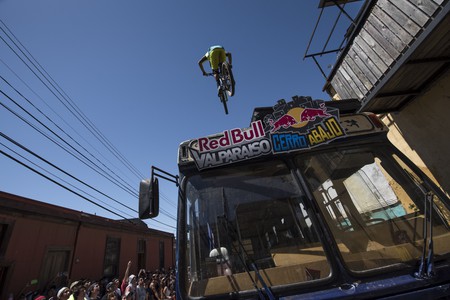 The 15th anniversary of the Red Bull Valparaíso Cerro Abajo mountain bike ride was captured in spectacular fashion as Czech rider Tomas Slavik took to the course with a GoPro attached to his helmet.

The Red Bull Valparaíso Cerro Abajo is widely considered one of the most challenging urban races in the world, heading down through the streets, steps and roofs of the port city on the north coast of Chile, a place known for its steep terrain and colorful, clifftop buildings that lead down to the ocean at the ‘plan’ (or Valparaíso’s ‘lowlands’).

Built upon dozens of steep hillsides overlooking the Pacific Ocean, the city of Valparaíso was declared a World Heritage Site in 2003 thanks to its labyrinth of streets and cobblestone alleyways that embody the area’s rich architectural and cultural legacy. The iconic buildings that make up the city are the one of the main reasons that the race was created in the first place, helping showcase its unique style.

Slavik rode the course – with Brazilian MTB cyclist Bernardo Cruz riding in front of him – to film the epic course being run in real time. They hurl themselves down steps, tackle jumps and fly past gated properties on streets lined with spectators. The perils of such an undertaking are for all to see as Cruz briefly comes a cropper, falling to the ground, with Slavik also at one point joking “we made it, still alive”.

The run began in the morning, with track familiarization and training rounds so that the riders could get to grips with the course, ensuring the best line for entry into jumps and wall rides, as well as establishing the high to low spots of the circuit and setting up their bikes for the best possible way to conquer them.

The race itself started with the classification round, with 39 riders who fought to be one of the fastest 15 and get a spot in the final round. Tomas Slavik came on top finishing the circuit in two minutes and 48 seconds. Second place was for British rider Bernard Kerr, who completed the circuit in 2:50 and third place was to Pedro Ferreira with 2:52.

This new edition of Red Bull Valparaíso Cerro Abajo was given new jumps and sections in the track, although it started as it always does, at the top of Cerro Carcel, before passing through iconic locations along the route such as Boccaccio stairs, Bismarck square and Atahualpa Street to reach the finish line at Aníbal Pinto square. 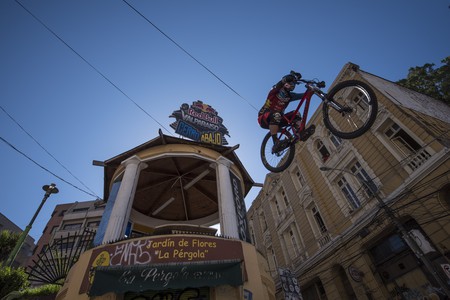 A competitor in action during the race. | © Red Bull Content Pool 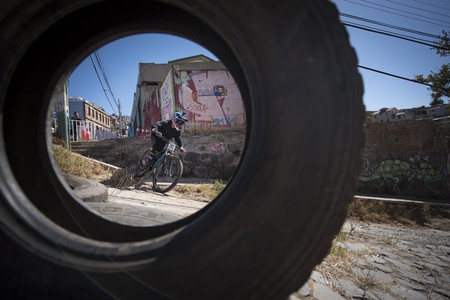 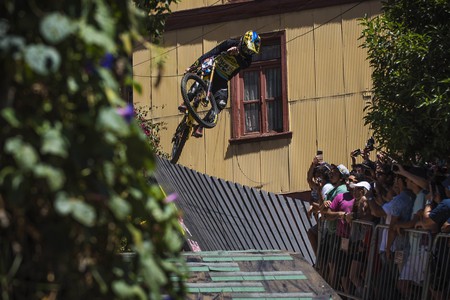