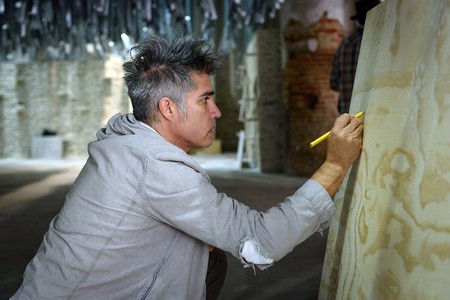 Named 2016’s Pritzker Prize Winner for his ‘half of a good house’ incremental housing design, Alejandro Aravena, is South America’s architect of the people. Bringing about social good through design, Aravena’s fresh ideas about architecture have been changing lives in Chile and the world over.

Nobody had a 2016 quite like Alejandro Aravena. It started when he was chosen to receive the prestigious Pritzker Prize, considered by many to be the Nobel Prize in architecture. He went on to direct and curate the Architecture Section of the Venice Biennale 2016. The same year, joining the company of First Lady Michelle Obama and Lady Gaga, Aravena was named a New York Times Creative Genius.

Chile’s first Pritzker Prize winner, Aravena is an interesting and at 49, young choice for this international prize. Much attention has been garnered by his celebrated incremental housing design, which he implemented for the first time back in 2004 in his home country of Chile. Placing equal weight on social good and innovative design, Aravena has proven that outstanding achievement in architecture can start in humble places. 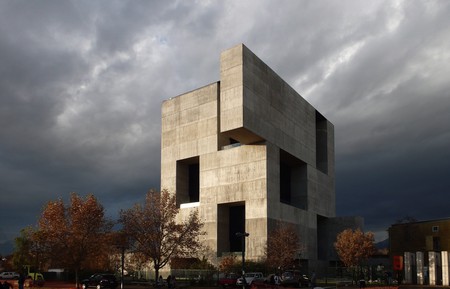 Many of the architect’s most innovative and inspiring projects have served Chile’s under-privileged. His ‘half of a good house’ incremental housing design proves that architecture can empower others and change lives. Through close contact with the community, Aravena created high-quality public housing on a strict budget. The project started in the northern Chilean city of Iquique. Now Aravena has designed over 2,500 units of low-cost social housing. 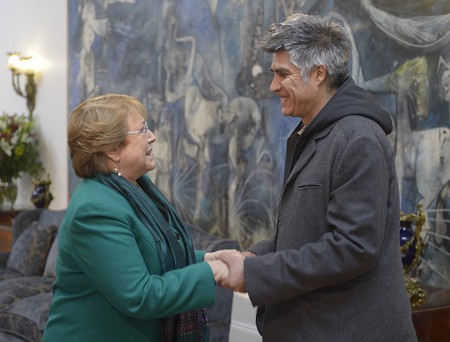 Aravena understands the importance of social mobility, although he himself didn’t grow up in public housing. The stark inequalities within the country’s education system make Aravena’s rise all the more impressive. Born of a middle class family, Aravena’s family invested every penny into his education so that he could attend Chile’s leading architecture school, the Universidad Catolica’s School of Architecture. He studied during the Pinochet dictatorship, austere times. The country was largely closed off to the rest of the world, meaning limited exposure to innovations in international architecture. This forced Aravena to focus more on the pragmatic task of getting buildings built rather than exploring postmodern aesthetics.

Aravena went on to study architecture in Venice in the early 90s, he then returned to Chile and had difficulty finding work. At this time he opened his own bar and worked there for a couple of years until his first major gig – designing the math department building for his alma mater, Universidad Catolica. Aravena has now designed three different buildings on the campus, including the UC Innovation Center and Siamese Towers. 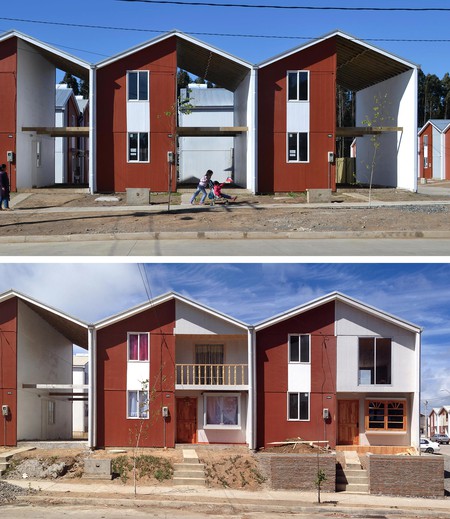 Alejandro Aravena’s firm Elemental focuses on solving social problems, which presents a completely different set of demands for the architects involved, than other undertakings. The pragmatic vision breaks from many other architects celebrated on the international stage. After creating a strong dialogue with the community, Aravena and his colleagues create solutions in architecture that make financial sense, therefore serving the greatest number of people possible.

For example, Aravena’s ‘half of a good house’ design used a strict government budget to build half houses for Chileans. Families could live happily in the half house while also having a second half of their total home space that wasn’t yet constructed. The idea is that these families invest in the house themselves to finish the second part of the home, at a pace that works for them. That way families were able to live in a bigger home than the government could pay for, using space that they could build onto in their own time and with their own savings. Social housing that empowers people beyond simply providing a roof over their head.