A Surf-Lover's Guide to Chile 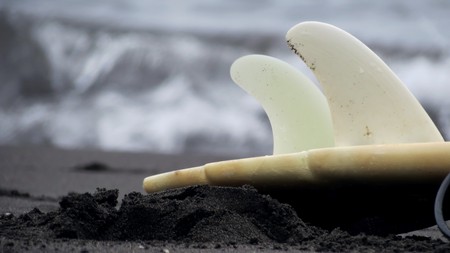 With thousands of miles of of wave-rich coastline, lots of great breaks, and a lack of crowds in comparison to many of the popular surf hangouts worldwide, Chile should be your next surfing destination. You can choose the warmer northern locations like Arica and Iquique that are similar to Baja, or the chilly southern waters that are less explored but nevertheless boast spectacularly beautiful scenery.

Chile’s surf capital boasts great waves for both beginners and advanced surfers, hosting the Quiksilver Ceremonial Punta de Lobos at the iconic left hand point break at Punta de Lobos. Although Pichilemu was severely affected by the 6.9 earthquake in 2010 and the subsequent tsunami that flattened much of the city, it is now building itself back up, and beginners can easily find surf schools along the beachfront that offer equipment and lessons. You will most likely need a full wetsuit, hat, and boots, as the water is freezing.

LUZ VERDE para el Ceremonial Punta de Lobos! // The cold waters of Central Chile will host an iconic big wave contest tomorrow, Saturday September 9, in Pichilemu. This heavy left hand point break is home to many of Chile's strongest athletes, focused on progressing big wave surfing – many of whom train at a young age in order to one day enter this respected competition. Best of luck to all the local and international competitors, especially the lone waterwoman invited to compete – Jessica Anderson (@iessicaa)! 🙌 Inspiring crew down in Pichilemu, you won't want to miss this! Tune in to the live feed on hakahonu.cl 🎥 @wetfly.media @criptaimagen @hotelalaia @fundacionpuntadelobos

North of Viña del Mar, and accessible from Valparaiso as well, the waves here are good for both beginners and advanced surfers. Although the water is cold outside the summer months, the crowds flock here during the summer to bask in the sun. Due to offshore boulders, sandbars have been sculpted and produce these great waves.

The waves in the north of Chile are best in spring, between the months of September to November, while in the summer months, from November until March, they’re more hollow due to swells from the north. El Gringo, also known as the Chilean pipeline, is a perfectly breaking A-frame and a spot recommended only for pros, with fast waves and reef underfoot. The Maui & Sons Arica Pro Tour is an annual competition luring the finest surfers to try some of Arica’s largest waves.

When visiting Iquique, why not pop into Vertical Store for some of the best kit in town? Outside, you will find El Colegio, considered the best wave in Iquique, as well as the hardest. Another is La Bestia, during the winter. The people who come to surf these enormous waves are international surfers, scouting some of the best waves in the world.

South of Coquimbo is Totoralillo, a Tahiti-style beach with white sand and clear water and many variations of waves to enjoy. One of the lefts, Pipe, is a fast barrel that is enjoyed by bodyboarders and surfers alike, although it’s a hard one to master. As Totoralillo is rather small, you will be able to find the surf school on the beach, as well as cabañas to stay in.