A Spotlight on Anita Tijoux: Chile's Hip-Hop Star With a Social Conscience 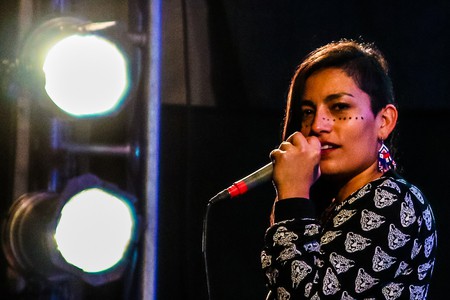 The illustrious career of Anita Tijoux has seen her become the most internationally successful female Latin American rapper of all time. With a mixed musical style, Tijoux belts out powerful lyrics that decry social injustice with pacifism, a novel approach that has attracted new audiences who are tired of hip-hop’s typical violent and machismo themes. From early beginnings to international stardom, let’s take a look at the stellar career of Anita Tijoux.

Tijoux was born in France in 1977 after her parents fled Augusto Pinochet’s brutal dictatorship in Chile. She grew up and spent most of her teenage years in Paris, where she developed a love for hip-hop and becoming heavily involved in the local rap and hip-hop scene. Once things had finally settled down in Chile, she and her family migrated back to their former home.

As a teenager struggling to reintegrate into mainstream Chilean society, Tijoux continued practicing her passion and quickly found herself deeply ingrained in Santiago’s underground hip-hop scene. In 1997, she formed the band Makiza and released the album Vida Salvaje (Wild Life) under an independent label. The record was noticed by Sony for its highly evolved New York underground sound as well as a refreshing lack of violent themes. This prompted the musical behemoth to sign Makiza for their next album, Aerolíneas Makiza (1999) and then a re-release of Vida Salvage (2004). Despite band’s success, the members went their separate ways, briefly reunited for a new album, but then split up permanently in 2006, citing differences of opinion in musical direction. 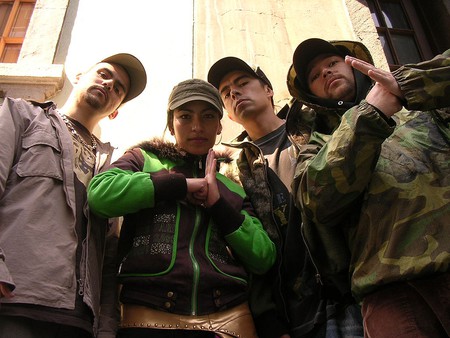 It was during her solo career that Tijoux released her most popular work. At first, Tijoux experimented with her style by adding more upbeat pop and funk sounds to her 2007 album Kaos and later collaborating with Mexican pop sensation Julieta Venegas in “Eres para Mí” (“You Are for Me”), a track that topped the Hot 100 charts.

She returned to her more traditional style in 2009 with the smash hit album 1977, named after the year she was born as an homage to Chile’s difficult past and sung in both Spanish and French. The album is considered by many to be her best and the highlight of her career, and it spurred a North American tour, was praised by industry heavy weights including Tom Yorke, and was even featured on the hit drama series Breaking Bad.

Now an international superstar, Tijoux went on to release a more angry and political album, La Bala (The Bullet), in 2011. Inspired by civil unrest in Greece, mass student protests at home in Santiago, and the global Occupy movement of the time, the album is highly critical of corruption and income equality throughout the world. Her latest offering, 2014’s Vengo, is more mature and laid back, utilizing native South American instruments such as panpipes and charangos to honor her indigenous roots and foster a sense of communal pride among native Chileans. 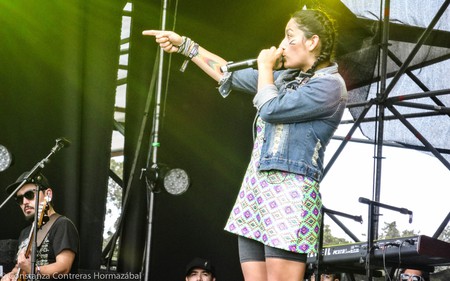 But throughout all her albums and the evolution of her musical style, it is her powerful overarching message that continues to reel in new listeners. Her ability to tackle serious issues such as gender equality, poverty, and social injustice with witty and thought-provoking lyrics has always been instrumental to her success. For this reason, more than any other, the name Anita Tijoux remains at the forefront of Latin American hip-hop.