A Complete Guide to Chile’s Most Important Holiday: Fiestas Patrias 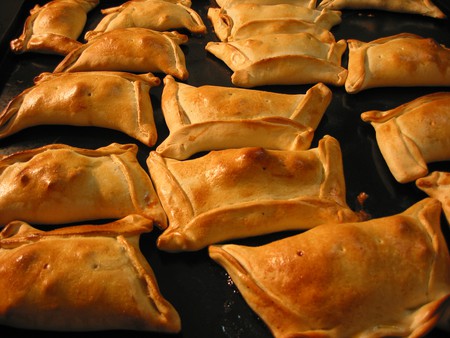 Each year Chileans look forward to dancing cueca, drinking terremotos and eating homemade empanadas in celebration of their favorite holiday, Fiestas Patrias. These national springtime celebrations in September commemorate Chile’s independence from Spain and set a festive tone for the warm months ahead.

Chile’s Fiestas Patrias officially begin on September 18, or “el Dieciocho”, which marks the day Chile declared their First Governing Body of 1810, setting the path to Chile’s independence. The following day, September 19, is also a national holiday, in celebration of the “Day of the Glories of the Army.” Though the official holiday only occurs over these two days, celebrations can last a week, depending on what day of the week September 18 falls. 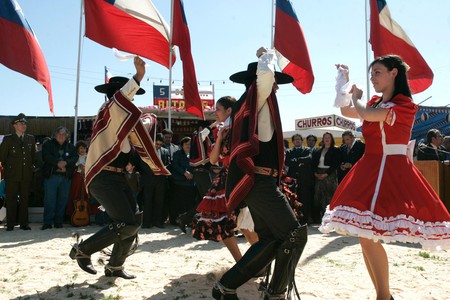 In cities and small towns across Chile, traditional parties called “fondas” are organized to celebrate el Dieciocho. Though each fonda is a bit different, almost all of them include live cueca music and dancing. La cueca is Chile’s national dance and remains one of the most important Dieciocho traditions. This strangely beautiful, partnered dance is said to loosely resemble the courting rituals of a hen and a rooster. The cueca is typically danced using handkerchiefs while both partners stomp their feet and circle one another. Live cueca music is played during Fiestas Patrias and couples will sometimes compete with other members of their community to see who dances cueca best. Cueca music typically involves the playing of the guitar, accordion, percussion and guitarron.

Fiestas Patrias is the prime time to try Chile’s most traditional foods and beverages. Empanadas de pino are a classic Dieciocho food – a fried pastry filled with ground beef, onion, a hard-boiled egg, raisins and olives. Of course, these savory empanadas are best washed down with a terremoto. This sugary beverage is made with pineapple ice cream, a sweet white wine and either fernet – a herby liquor – or grenadine. The deceptively sweet terremoto doesn’t get its name “earthquake” for nothing, so drink with caution. 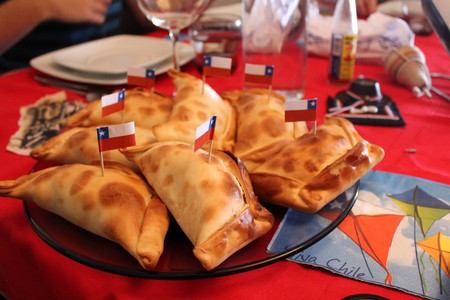 “Asados,” or barbecues are another essential element to Fiestas Patrias celebrations. Anticuchos, or meat skewers, are cooked over the grill and generally include beef, sausage, onion and bell peppers. Choripanes are also common Dieciocho grub: grilled sausage served with freshly baked marraqueta bread and a tomato, onion, cilantro and garlic sauce called pebre.

Large Fiestas Patrias celebrations will include the national sport Rodeo Chileno and other huaso, or cowboy, traditions involving livestock and horse-riding. Meanwhile, the game rayuela is common in the countryside. Similar to horseshoe, rayuela involves the strategic tossing of a weighted disc. The goal is to hit a target made with string over a mud ground surface. Another popular game during el Dieciocho would be emboque, which is a cup-and-ball toy, often played by children. Chilean youth will often fly kites during Fiestas Patrias celebrations too. 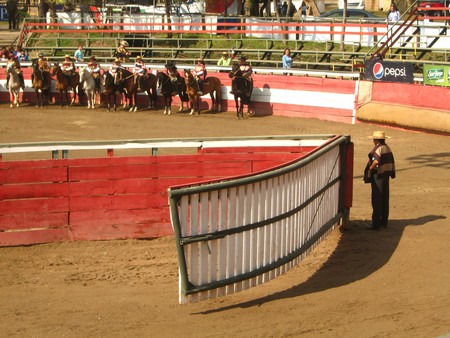 Though modern day celebrations don’t mandate any specific type of clothing, there’s still a traditional dress for the proudest Chileans celebrating Fiestas Patrias. The Chilean poncho is commonly worn by men, as is the chupaya hat. Women are often seen wearing traditional cueca dresses with a cinched in waist and full skirt that falls just below the knees. 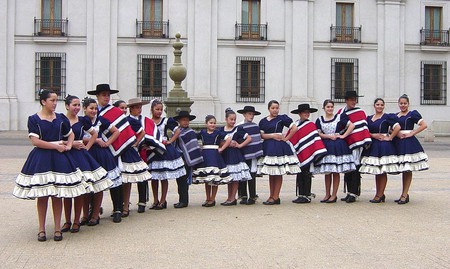