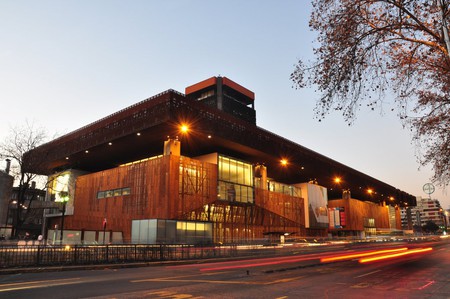 A striking building stands out in the heart of Santiago’s busy city center: The Centro Cultural Gabriela Mistral, known locally as the GAM. Crafted from oxidized steel, this impressive edifice is one of the country’s most important cultural hubs with an equally compelling story.

The GAM was built in the 1970s, when the world’s first democratically elected Marxist president Salvador Allende assumed office in Chile. Attempting to eradicate poverty, Allende focused on the public and social welfare. The government inaugurated the building in 1972 as a conference center, but then gave the site to the people as soon as the conference finished. They established the space as a public cultural center and named it after the Chilean poet, humanist and Nobel Prize winner, Gabriela Mistral. Fittingly, Mistral firmly advocated education for all, and campaigned to reform libraries and schools to create equal learning opportunities.

The public used the building to congregate and socialize, but their enjoyment was short lived. The beloved President Allende died the next year in 1973, during a devastating military coup which overthrew his socialist government. Augusto Pinochet staged the coup, beginning what would be a 27 year long military dictatorship. The dictator began censorship and suppressing socialist sympathies—policies that stood in direct opposition to the communal cultural space. The new regime swiftly closed the GAM and removed and destroyed its artwork. 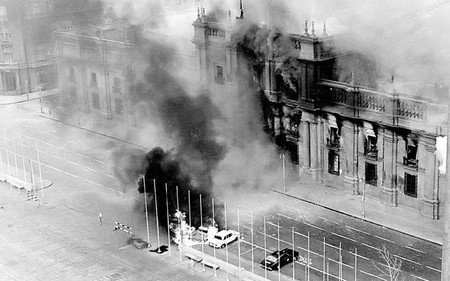 The Pinochet Regime bombed the presidential palace, La Moneda, during the military coup of 1973 | © santiagonostalgico / flickr

Pinochet’s men also bombed the presidential palace La Moneda, a few blocks away from the cultural center. Though having just destroyed the presidential palace, Allende’s government quickly realized their consequent lack of a base. They looked towards the GAM and renamed it Edificio Diego Portales, which served as the headquarters for the military government until 1981, when they could repair and move back into La Moneda. Known for torturing and killing thousands of left-leaning citizens, one can only imagine the plans the regime concocted within the building during that time. After the regime vacated, the GAM was used as space for legislative functions.

With the return of democracy in 1990, the government converted the edifice into a private conference and convention center. It wasn’t until 2006, after a fire destroyed part of the building, that the Bachelet administration proposed to rebuild and convert the location into a public cultural center once again. The architects of the current structure used oxidized steel to create a copper-like appearance, in recognition of the country’s greatest exported mineral. The design makes use of transparency and wide-open spaces to celebrate openness and inclusion. 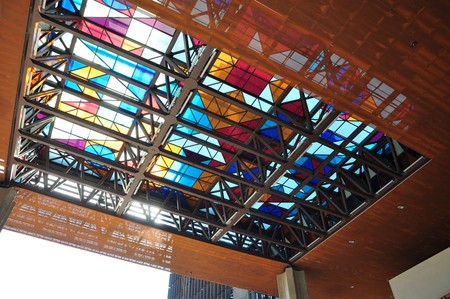 Architects design the current structure with transparent and open spaces to celebrate openness and inclusion for all. | © GAM

The Centro Cultural Gabriela Mistral reopened in 2010. It now serves as a public space with cafes, shops, art exhibitions, rehearsal spaces, and a library. The center’s outside areas are used by dance groups and artists embracing free expression. Amid a busy central location, the GAM is a spacious and inspiring point to meet, educate, and create. Restored to its intended function, the building has outlasted an oppressive past and continues to grow and look to the future. The second installment of the GAM, a 2000 capacity auditorium, is in construction. Visitors can enjoy concerts and theater shows, check out art installations, and browse the library and bookshop for works on Chilean culture, art, and history.