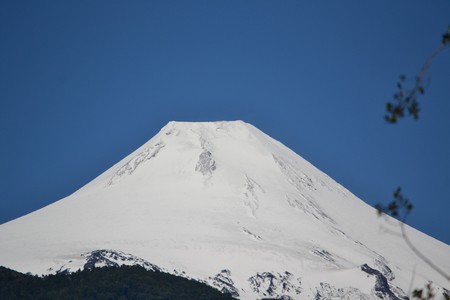 Pucón is possibly the most aesthetically pleasing town in all of Chile. A common site when an arriving bus unloads its passengers is the process of them picking up their bags from the bus storage below, taking a few steps, and stopping to retrieve their cameras. The reason is Villarica Volcano, which is so prominent from almost any street in Pucón that every angle offers a fantastic shot. For those who want to summit the volcano, or for those who simply want to admire it, here are some important and interesting facts to know. 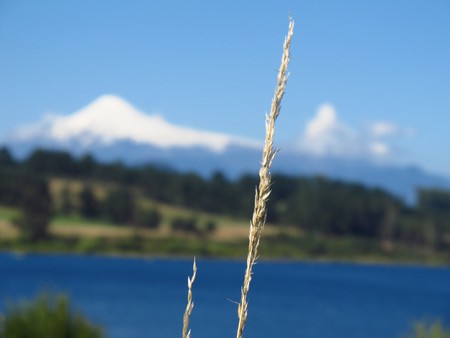 As you peer towards Villarica on a clear day, often times you will be able to notice the plumes of smoke from the top. This is due to the fact that Villarica is one of Chile’s most active volcanoes. Villarica is so active, that when walking the streets of Pucón with your eyes peeled you can see signs denoting evacuation routes and what to do if she were to be set off; but do not go running in panic if you hear the siren as often times it is simply calling the volunteer firefighters to the station.

Villarica Volcano, which was initially named in the local tongue, Mapuche, as Rucapillán, is not only active, but it is also one of the only known volcanoes on the globe that contains a lava lake within its crater. 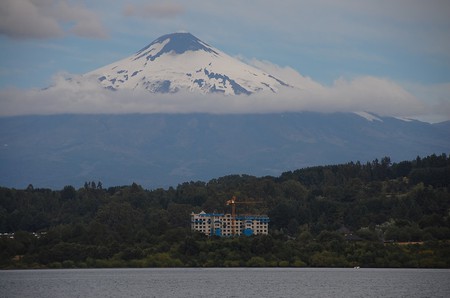 While it’s definitely recommended to do a tour when looking to tackle the volcano, you are allowed to go it alone if you feel up to the task and have the proper equipment. As Villarica is snow covered year round, you will need to have at least crampons and an ice pick, especially in the summer when it is the clearest time to summit, as the snow becomes hard packed, icy, and extremely slippery!

If you are like most people and don’t travel with sharp spikey metal additions to your shoes and plan to rent them and a guide for the day, there are countless tour operators scattered throughout Pucón. You will have to book your tour a minimum of a day prior to get fitted with your crampons and you rise very early to get a head start on your climb. The morning offers the best weather for the climb and the highest chance that the views from the top will be unobstructed. 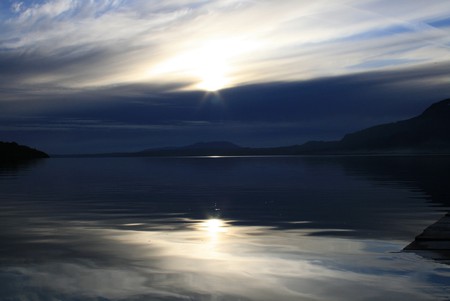 The hike up Villarica is not very demanding for those is decent shape, as it is essentially a walk in hard packed snow. But because you do travel at a slow pace, it can take 3 – 5 hours. When the chair lift is operating, you can ride it to skip the first portion of the climb if you so choose. At the top – and we mean the very top – you can actually stare down into the volcano and feel the heat of the earth’s core against your chilled face to thaw it out.

Some hikes and treks are the most gruelling on the way down, purely because of how knee knackered you are and the pressure your body puts on your weary legs. That definitely will not be the case at Villarica. If you do a tour, the 4 hours it took to climb up can be covered in 15 minutes on the way down as you get a flying saucer style toboggan to zip down the snow – possibly the best way end to any hike.

If you plan to do a tour, be prepared to fork out some serious coin considering it is only a half day tour and requires minimal equipment and transportation. The tours run between 75,000 and 90,000 Chilean Pesos, which works out to roughly $125 – $150 USD (2018). However, it is an experience you will find difficult to encounter anywhere else, and you get a cold beer at the end! 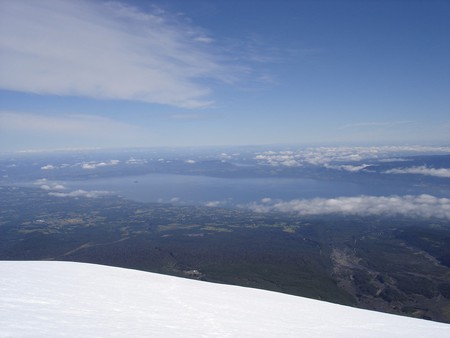 Walk through Pucón in the summertime and you will be able to distinguish who was ill prepared for Villarica as they will be glowing red. Don’t let the fact that you are walking on snow fool you in any way, as when it is a sunny day, even on a cold spring morning, the sun’s rays will be under your chin and on your face all day long, being reflected off the mirroring ice at your feet. Lather on sunscreen under your chin, over your face, and definitely do not forget your ears!

Blinded by the light

In case you hadn’t made this assumption already, sunglasses are also an absolute must as nothing will spoil a day you have looked forward to for so long if you have to do it with your eyes closed. 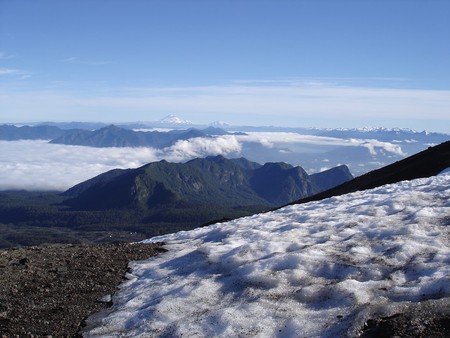