7 Things You Need to Know About Santiago's Hills 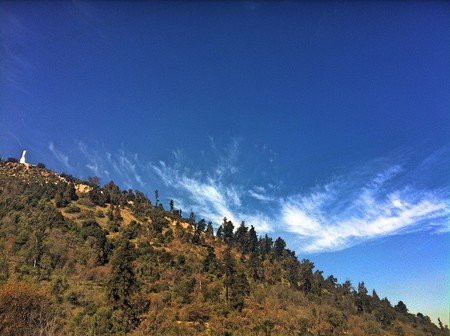 Though Chile’s capital rests within the largely flat Santiago Basin, Santiago’s famous hills are the beautiful juxtaposition that characterize the city. Learn more about the city’s beloved hills or cerros, each offering unique attractions and a killer view of the city and nearby Andes mountains.

Both Cerro San Cristóbal and Cerro Santa Lucía offer beautiful views of the city and a reasonable city hike. Atop each hill vendors sell the local dish mote con huesillos as well as other treats like ice cream, coffee and chips. Plan your climb on a clear day for the best possible view. 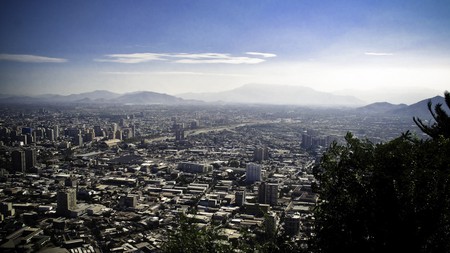 The Santiago Metropolitan Park, located atop the Cerro San Cristóbal hill, expands some 1,780 acres. The hill is home to a zoo, Japanese garden, amphitheater and two pools.

There are five main hills in the Santiago Basin

Santiago was inhabited by various indigenous groups before the Spanish colonizers settled the area. San Cristóbal was named Tupahue in quechua, before receiving its Spanish name after Saint Cristopher during colonization, while the Santa Lucía hill got its current name because the day conquistador Pedro de Valdivia took the hill was December 13th, the day honoring the Christian martyr Saint Lucy.

The Virgen Mary statue dedicated to the Immaculate Conception overlooks Santiago by day and night, illuminated by lights after sunset. Though smaller than the Christ the Redeemer statue in Rio de Janeiro, the Virgin statue is similarly recognized as an important symbol of Santiago. The statue is next to an amphitheater where church services are held on Sundays and religious holidays. 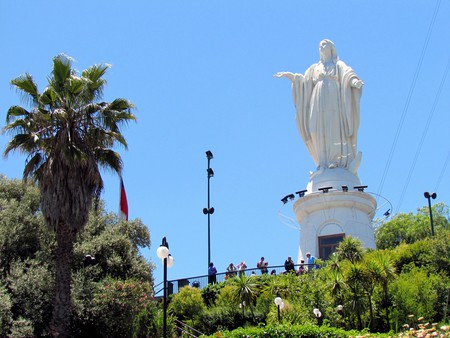 Once a strategic Spanish lookout, Cerro Santa Lucía has its very own 17th-century forts 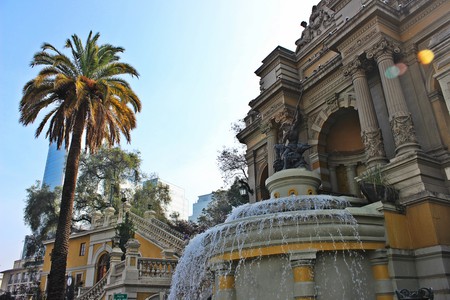 A hike beginning at the Pío Nono street entrance of the park takes approximately 45-minutes to climb up to the top of Cerro San Cristóbal. The same entrance also offers a ride up via funicular. Additionally, there’s a winding paved street that leads up the hill, allowing for car or bike access. Also, a cable car system takes people to the top of the hill from the Pedro de Valdivia entrance.