15 Reasons Why You Should Visit Arica, the City that Never Rains, at Least Once 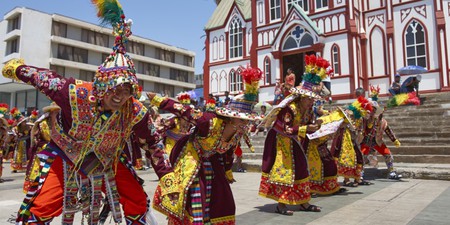 If you suffer from ombrophobia, the fear of rain, or simply are tired of dark winters, and cold temperatures, a description of Arica will sound like paradise. Fittingly referred to as ‘the city that never rains’ this quaint, dusty, town in the very north of Chile, often grabs a hold of people, and doesn’t let them go.

A place that is labelled the ‘driest city in the world’, should, on some level, instantly appeal to everyone. Knowing that when you rise, even if it appears cloudy, it will not rain, lends a certain feeling of security, as you know your plans won’t be sidetracked by a downpour. With an average of only a couple millimeters of precipitation a year, you will never need to look outside and wonder whether to take your brolly.

The reason that Arica is so dry is its proximity to the Atacama Desert. This desert is so dry, that in parts, there is no life, even on a cellular level and in its existence, evidence would suggest parts of it have never received rain. Ever. The scenery here is utterly unique and the desert, simply enormous, covering an estimated 105,000 square miles, venturing up into southern Peru. 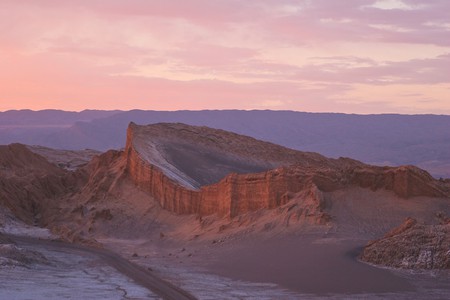 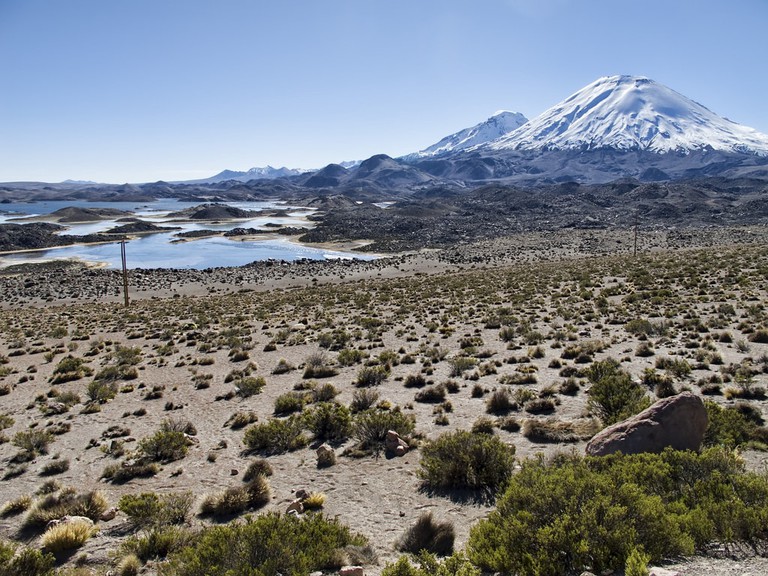 Lauca National Park | © Dan Lundberg/Flickr
A constant landscape so picturesque, that buses passing through from Bolivia are filled with tourists pressing their cameras up against the windows to photograph the National Park. Only a couple hours inland from Arica, you enter this historic part of Chile that makes you feel like you are on a barren planet, with a flat expanse of rugged land, volcanoes, high altitude lakes and rocky terrain. It has to be seen to be believed.
Open In Google Maps
Arica y Parinacota, Chile
+56582585704
Visit Website
Give us feedback

The huge compressed sand landmark that towers over Arica, is a terrific viewpoint over the center directly below you, the active port in front, and the lonely coastal road that runs south towards the beaches of El Laucho, and La Lisera. Take the short 15 minute stroll to the top, and get some photos underneath the gigantic flag of Chile. 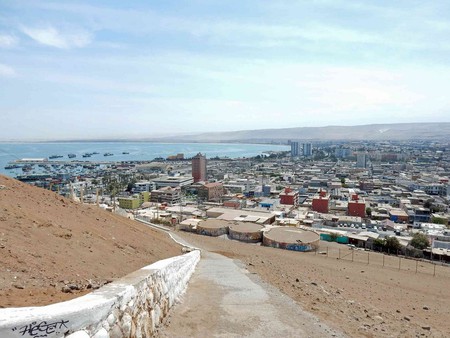 Atop ‘El Morro’ is the small but very informative ‘Weapons Museum’ which explains the significance of the massive rock, upon which is sits, and the battle to control it between Peru and Chile in the 19th century. Old muskets, cannons, and others weapons are displayed including the uniforms the soldiers wore, which shows the huge leaps in warfare in just over a century. 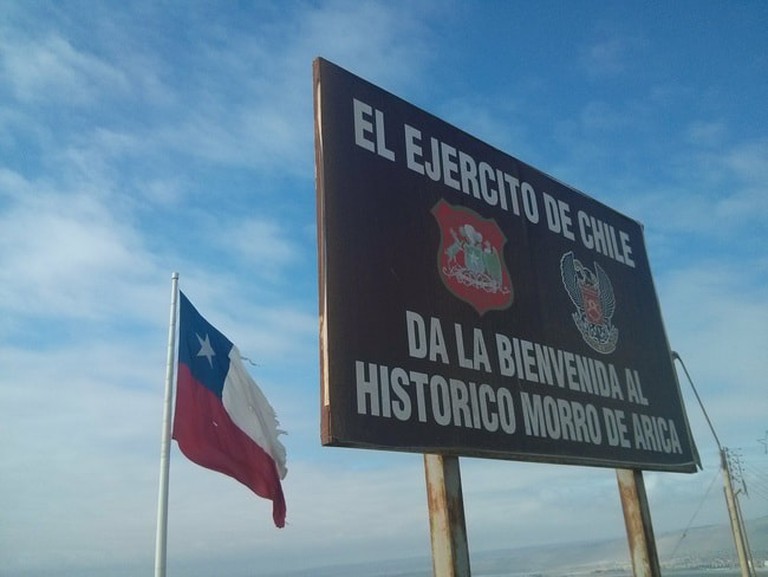 What would the constant sunshine be, without any coastline? Luckily, Arica sits right on the Pacific Ocean with a number of beaches to choose from. Chinchorro, El Laucho and La Lisera are the most frequented but you can head down the coastal road, through the Cuevas de Anzota and find the secluded Playa La Liserilla if you are feeling adventurous. 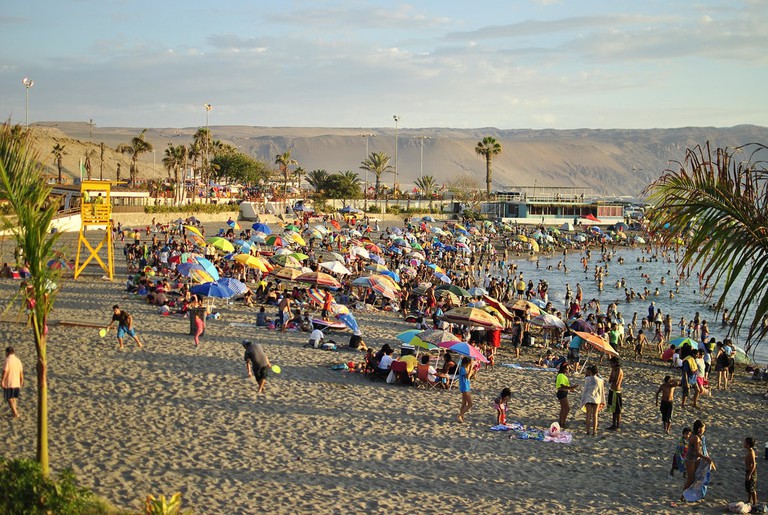 Start from the beginning

If you are travelling Chile, a country that is basically all coast, it makes sense to start from square one, and the most northern city in the whole country. Arica is an hour from the Peruvian border, and a couple hours from Bolivia, so if you are planning to see a lot of Chile, start from Arica, and work your way down.

The waves and ocean next to the center of Arica are calm, with some nice curling waves, yet if you head 12km south to the ‘Cuevas de Anzota’ you will see a more rugged and active coast. The waves come in at all angles, as the wind down here tends to pick up, and this action has had its effect on the coast, and cliffs, carving away at the land and creating beautiful, natural cave systems that are a must see. 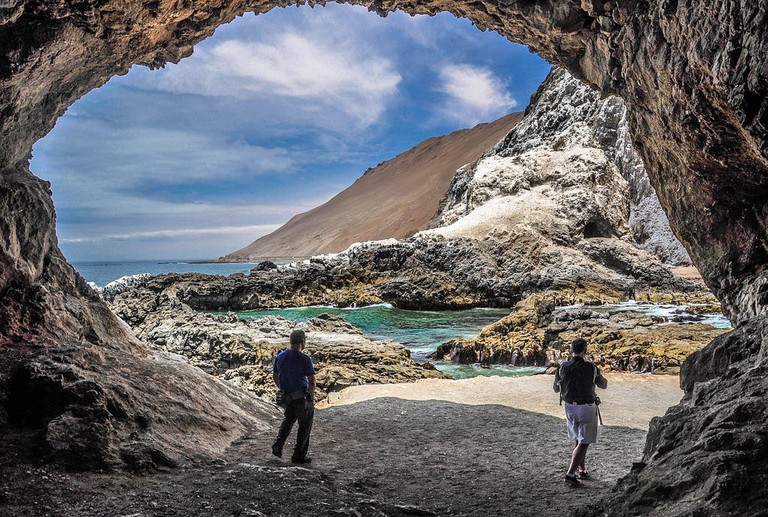 Perhaps it is the flat surrounding landscape, or the perfect shape of Parinacota, but this volcano epitomises the very idea of a volcano. A towering cone that often sports a perfect cap of snow, sits alone in its surroundings and is challenging you to try to conquer it. Never hiked a volcano? Parinacota will test your endurance and ability to acclimatize to high altitude quickly. 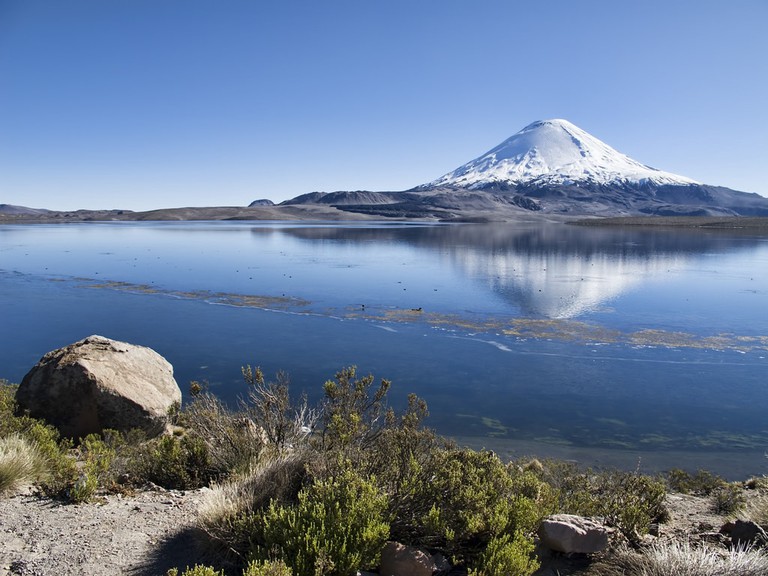 Step aside Egypt, as it is a well known fact in Chile, but not elsewhere, that the Azapa Valley is home to the oldest known mummified humans remains ever discovered. Head into the valley to the Archaeological Museum in San Miguel de Azapa and stand in the eerie presence of the remains of humans dating back thousands of years before the famous Egyptian mummies.

Whether you grew up surfing, or you have never even felt the force of a wave carry you, Arica is a good place for all skill levels. You can rent a board, take lessons, rent a body board or use no equipment and throw yourself into the waves whilst body surfing. Since the beach break waves crash onto a good amount of water you are not going to be at much risk of injuring yourself either.

It is easy to distance yourself from the bustling center of Arica and with the beaches in the area, this is a great place to go sightseeing, take in the history, but also treat your time here, as a vacation as well. Leave a few days open, and revel in the fact that the way of life here is slow – you will be out of place if you act otherwise. If you’re going north to Peru, it might be the last time to get in some beach before Mancora, Bolivia has no coast, and the farther south you get in Chile, the more chilly the water gets. 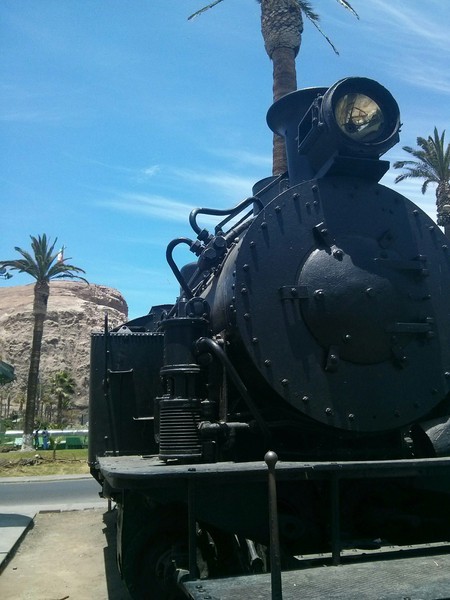 A tradition that dates back around sixty years in Arica, is the Feria Dominical Market that runs up Chacabuco street, one of the main roads in the town, every Sunday. Second hand and new clothing, hand crafted leather boots, and much more is on offer at great prices on the street that has converted car traffic, into pedestrian traffic. Early bird catches the worm so come with your bargain hat on in search of a good deal.

People from Arica, stay in Arica. Chileans who visit Arica, don’t leave Arica. You, yourself, might get stuck. Many people, when asked how they ended up here joke, ‘I came and I never left.’ An explanation like that needs no further explanation as the feel in Arica is that it is self sufficient, and removed from the rest of Chile. If you go north, you hit Peru. East, you enter Bolivia, and it is four hours south until you reach the next city, plus there is an enjoyable, isolated way of life here that will make it difficult to feel stressed.

Chile is not cheap and if you are travelling on a shoestring budget, you will need to shave off ‘pesos’ every place you can. Take advantage of Arica, which is known as one of the cheapest tourist spots in the whole country. If you need to do any shopping for whatever you may have forgotten to pack, there are cheap markets and ‘centro commercials’ throughout the city, so don’t put it off, and stock up in Arica.