13 Reasons to Visit Puerto Varas, Chile at Least Once in Your Lifetime 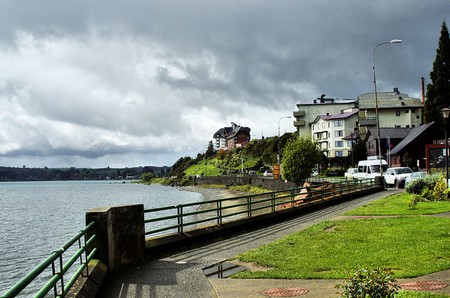 If a visit to Chile is on your radar, then a trip to the beautiful colonial town Puerto Varas in the southern reaches of the country is a must. Whether you’re a history buff or a nature lover, here are 13 reasons to check out Puerto Varas, even if it’s just once in your lifetime.

One of the best things about Puerto Varas is its versatility. Though a popular summer (February-April) destination due to its proximity to Lake Llanquihue and its outdoor activity options, visiting Puerto Varas in the winter months (July-October) also has its advantages: skiing, less traffic and a more localized experience. Whenever you decide to visit this charming town, you’re in for a treat.

There are beautiful boutique hotels

Puerto Varas boasts many charming hotels and hostels. Lodging is one of the most important factors in planning a trip, and Puerto Varas’s many options make that decision both difficult, with so many places to choose from, but also easy, as you’re sure to love your boutique home base.

It’s an entry point to Patagonia

Although there are many opinions about where Patagonia begins, according to Chile’s Tourism Service, the region begins in the River Region, just north of the Lakes Region, where Puerto Varas is located. That means Puerto Varas is a point of entry into one of the world’s most wild places: Patagonia. Further south, you’ll find Torres del Paine, Patagonia’s most popular park and more.

The Lakes Region is beautiful

If you never left Puerto Varas and the surrounding lake towns, you would still have an incredible trip. The lakes, volcanoes, pastures and colorful towns here are breathtaking and definitely worth a visit, even if just once in a lifetime. Although after one stay in the area, you’ll probably never want to leave.

One of the biggest draws to Puerto Varas is Volcan Osorno, one of Chile’s most active volcanoes. Visible in nearly all parts of town, but best viewed along the lake, the volcano stands tall and bold. Just a 30-minute drive from the center of Puerto Varas, a visit to Volcan Osorno is doable and memorable, at any time of the year.

The architecture is lovely

Due to the influence of immigrants during the colonial era, a distinctly German style is evident in the architecture, cuisine and schools in Puerto Varas. From colorful churches and hostels, to quaint restaurants, cafés and modern homes, this town is a lovely spot with some truly beautiful buildings.

Restaurants here are a real treat

A trip to the south of Chile means you’ll be well-fed. With excellent seafood, steakhouses, and Italian and German restaurants, Puerto Varas offers a diverse palate of foods and savory Chilean flavors. Be sure to walk along the lake, as the best restaurants line the coastal street.

It’s a slice of Germany… in Chile

When you think about a small town in southern Chile, you probably don’t think German. But, Puerto Varas is just that; founded by German immigrants, who came to Lake Llanquihue around 1853 as a part of a colonization attempt, sponsored by the government. On June 27, 1853, the government created the ‘Llanquihue Lake Colonization Territory’ and by the end of that year, over 200 German families had immigrated to what is now Puerto Varas. Visitors who come here marvel at the fusion of Chilean and German culture, cuisine and architecture.

Located along Chile’s second largest lake, Lake Llanquihue, Puerto Varas enjoys the status of ‘lake-town’. The lake is a huge attraction for the city, as locals and tourist alike enjoy daily strolls along the shores, gazing out on the Andes and volcanoes. In the summer months, swimming and boating is popular, but even in the middle of winter, the lake’s vastness and beauty is inspiring.

The south of Chile is rich with indigenous culture. Here you’ll find many artisan shops, boasting tapestries, locally sourced wool, wood carvings and goods, beautiful garments and home goods, all of which tell the story of those who have lived and cultivated the steppes of southern Chile. You’ll likely fall in love with the Feria Artesanal and the shop owners.

One of the perks of small towns is the safety aspect. Puerto Varas is one of Chile’s safest spots as the town is made up of families and tourists during the summer months. While it is good to take proper, universal precautions when traveling, you won’t have to worry about pickpockets or rude taxi drivers here in the south of Chile. The culture is much more relaxed and slow.

The specialty markets are a joy

While a small town, Puerto Varas is relatively modern. That means its easy to find vegan and vegetarian and gourmet food. Puerto Verde, La Dispensa, Rengifo are some of the best places to shop if you like local, fresh, and coconut oil.

How many small towns have big casinos – not too many, right? Well, Puerto Varas does. Located in the bottom of Dreams los Volcanoes, in the center of town, Casino Dreams is the perfect place to try your hand at poker or your game of preference.