13 Customs Only Chileans Can Understand 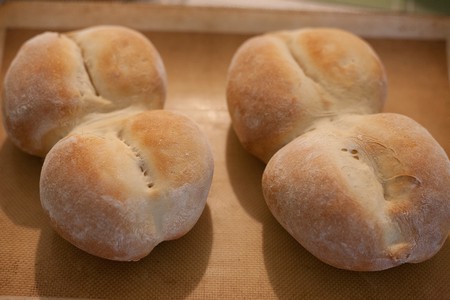 Pay a trip Chile and you’ll be welcomed with open arms. As a traveller you’re bound to come into contact with one or more of Chilean mannerisms, traditions or customs that can leave you absolutely gobsmacked, confused or in plain disbelief! Here are a few pointers that may help you familiarise yourself…

Chilean grammar and speech can leave a lot to be desired. Even those who consider themselves fluent in Spanish before arriving in the country will most certainly be left baffled. The main reasoning for this is a lack of clear pronunciation and speed of speech. In addition, ‘-po’ is added to the end of pretty much anything, either for emphasis, or because Chileans just feel like it: sipo, nopo, yapo, Miercoles’po, you name it!

People have elevenses in the evening

A little like having an afternoon tea or elevenses, ‘tomar la once‘ is when Chileans have a cup of tea or coffee accompanied by bread or toast with avocado, marmalade, paté or ham. This is usually had in the early evening, as lunch is the main meal, consisting as it does of three courses eaten at around 2pm.

Using ‘-ito/a‘ suggests affection or something that is small

A very common show of affection in South America, Chile in particular, is adding ‘-ito/a‘ onto the end of a word or name. For example, calling your son Juan, Juanito, or a chica (a girl), chiquitita. It’s also used in general conversation, such as, “¿Tomemos tecito?” (“Shall we drink tea?”).

Beloved marraquetas are the bread of choice

Chileans supposedly eat the second largest amount of bread in the world, so it would only be suitable that they have a favourite bread, which is the marraqueta. It is considered such a holy bread that ‘to be born with a marraqueta under one’s arm’ means that a child’s future is assured.

Spices are everywhere (even in sandwiches)

Chileans love an extra kick in their food, whether they’re adding pebre or chimichurri to bread before a meal or in their sandwich, or giving a little shake of ají or merken to their cooking. The flavoursome food really will explode in your mouth once you’ve added all the necessary key ingredients.

Absolutely everything stops for a football game

It’s a little surreal and rather comical that as you walk the streets on game day, you’ll see a television per square meter of the city centre, with clusters of fans drawing in close to watch. What’s more, is you’ll hear a loud cheer as soon as the desired team scores, which can be heard throughout the city and if the team wins, you won’t hear the end of the cheering, celebrations or car horns. 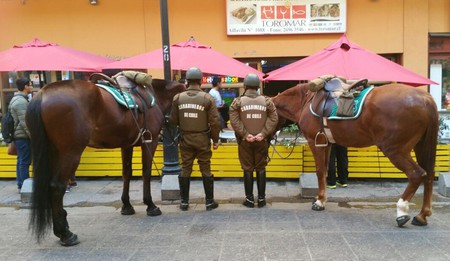 The queuing system is confusing

Anyone from outside Chile finds this mind-boggling. Instead of forming one orderly queue, you must place your order in the first queue, pay in the second queue and collect your order in the third queue. However, if you are not acquainted with this system, the chances of you queuing in the wrong queue and having to start again are very high.

Avocado goes with EVERYTHING

The first piece of vocabulary you will need to learn is “palta“, which is not the same as the Spanish “aguacate“. If you visit La Vega in Santiago, you can buy a bunch of between 7-10 small avocados for one luca (1,000 Chilean pesos (US$1.57)), which is incredible in comparison supermarkets outside the country. In addition, if you order any street food, the chances are they will ask you if you’d like it ‘con palta‘ (with avocado). 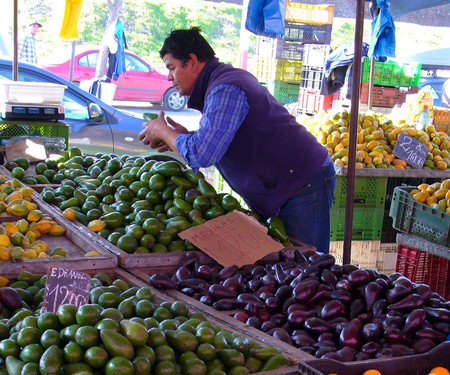 You’ll get compared to an animal

Chileans love to use comparisons to animals in daily conversation. A prime example of this is when people say “está pasándolo chancho“, which is effectively a comparison to a pig, but don’t be offended, because it means that you’re having a good time rather than suggesting similar attributes. Another commonly heard expression is “echando la yegua“, which doesn’t mean you’re a mare lying down, but instead, relaxing after a tiring activity, which can also be used when you’ve eaten a lot.

If you feel the earth move, don’t panic – first impressions may suggest that it’s a terremoto (earthquake), but experience dictates that it’s ‘only’ a temblor (tremor) if it’s 6 or under on the Richter. In these cases, Chileans barely bat an eyelid and for the next few hours, people will ask each other ‘Did you feel that?’, some of whom respond no, because they’ve grown so accustomed to them. 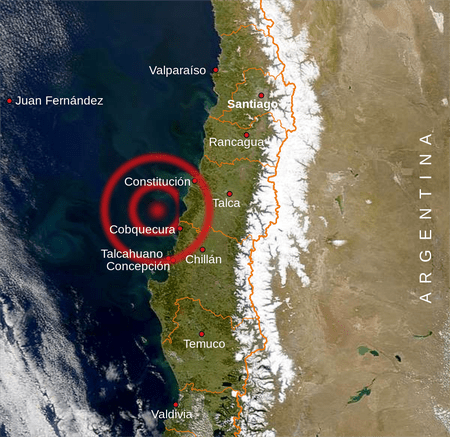 In summer, you’ll hear the rumbling of ‘helado helado helado’ growing nearer like a train approaching the platform as ice cream sellers tout their wares. If you were looking for some peace and quiet in the centre of the city, you’re not in the right place, as vendors will shout to their lungs’ content in hope of a passerby wanting their products. Due to high unemployment, many Chileans take to earning their keep themselves. If rain is forecast, for instance, there’ll be umbrellas everywhere and when it gets colder, hats and gloves.

When it rains, it pours

Chile’s infrastructure can cope with large earthquakes and have warnings in place for tsunamis, but they just can’t handle high rainfall. When the rain starts, it pours, which results in public services seizing, roads and stations flooding, and thus, everything shutting down and in some cases, people not even being able to get to work. 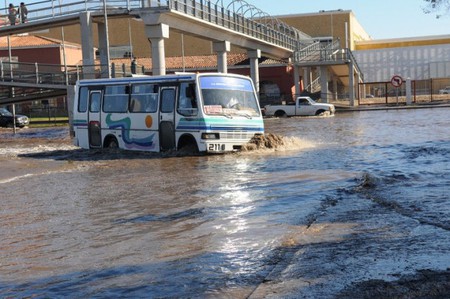 Street food is an institution

In Chile you can buy a wide variety of food on the street. The most popular is Super 8, a wafer chocolate bar that most Chileans are addicted to – if you’re trying to diet, avert your gaze at every metro station. You can also find fresh fruit and vegetables stalls, primarily selling avocado, as well as plenty of street food vendors offering sopapillas (a type of fried pastry), completos (a variation on a hot dog), churrascuro (meat-based deliciousness) and many more, all of which – naturally – contain a layer of palta. 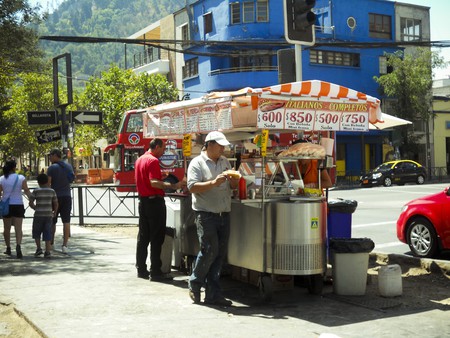 Completos | © owlpacino/Flickr
Give us feedback