11 Myths and Mysteries of the Chiloe Archipelago 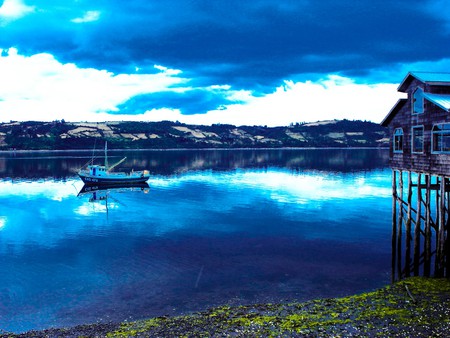 On a cool day, with the fog setting in, moving slowly through the small towns on the Chiloe Islands, you will feel as if you’ve stepped back in time and are living in the pages of an ancient tale. With the old wooden churches, tiny towns which feel far removed from the rest of the world, plus the numerous myths and mysteries, that are widely accepted here, it is hard not to get lost in the folklore of Chile’s southern archipelago. 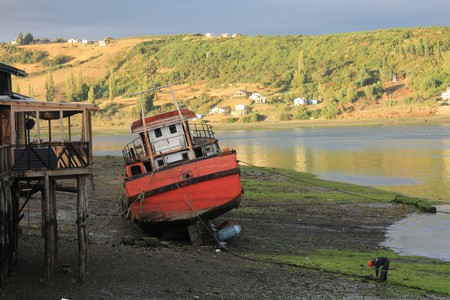 This cult is a group of male witches, known as Brujos, which has a long, and dark history over the islands of Chiloe. It is said that in order to join the group, known as The Righteous Province, the men must go through an initiation that can include many tasks, as brutal as killing a loved, in order to use their skin, as a cover in which to carry their spell book.

These males witches have the ability to shape shift and take the form of many creatures including that of dogs, crows, and have magical powers and spells they often use for evil purposes.

These brujos live in a cave which they have guarded by a ghastly deformed child, who was abducted, and mutilated by the witches. The Imbunche is completely disjointed with its left leg able to come over its back, and touch its head, which in itself can rotate 180 degrees. It walks on its hands and knees, and communicates by squeals and grunts and lives on human, and animal flesh for sustenance.

These witches also have a servant, usually a woman, who is forced to ingest an elixir that makes her vomit up her internal organs, and then transforms into a dark bird, flying through the night delivering messages for the The Brujos. This is why on the Chiloe Islands, a cawing black bird is often seen as a premonition of bad luck. 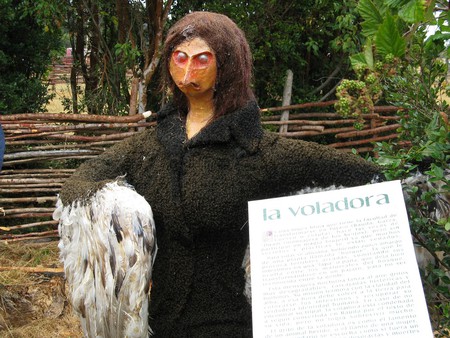 One of the most famous myths of Chiloe, has been harboured as an excuse for young women trying to explain a night of promiscuity. El Trauco, is a troll that has breath that is simply irresistible to women, who follow the scent into the woods, only to return pregnant, with El Trauco, being the scapegoat. 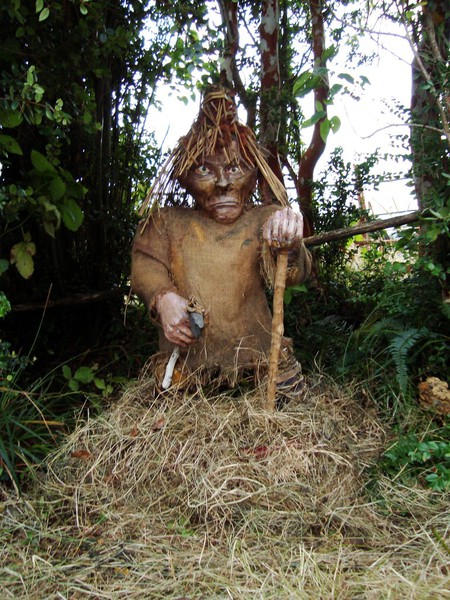 For the male gender, the creature to blame for a night of misadventure is La Fiura, said to be a naked woman, covered only in moss, who also lives in the forest, luring in married men and causing them to lose their minds, or disappear forever.

The Caleuche, is a ghost ship that sails through the fog containing a crew of drowned soldiers and fishermen, who are taken there after they have perished. It is often said to be seen as an attractive white ship, that has noises of partying onboard but will disappear before it can be reached, leaving no signs of its existence. 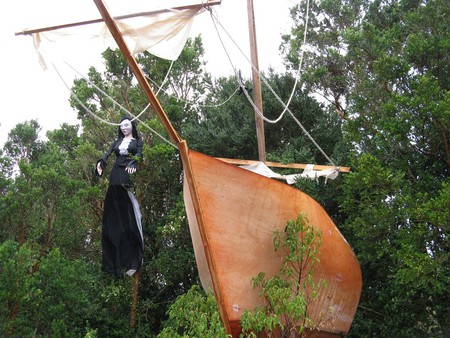 A mythical creature that resides in the ocean, is that of the Millalobo, which has the body of a seal, but the head is an odd combination between that of a human, and that of a fish. The Millalobo controls the sea creatures around these parts and has three offspring who will make an appearance later, La Sirena, El Pincoy and La Pincoya.

A very similar take to a mermaid, La Sirena’s lower body is that of a fish, with golden scales, and the top half is a beautiful human, with flowing long blonde hair. She has been commissioned by her father to be in charge of taking care of all the fish in this part of the sea. 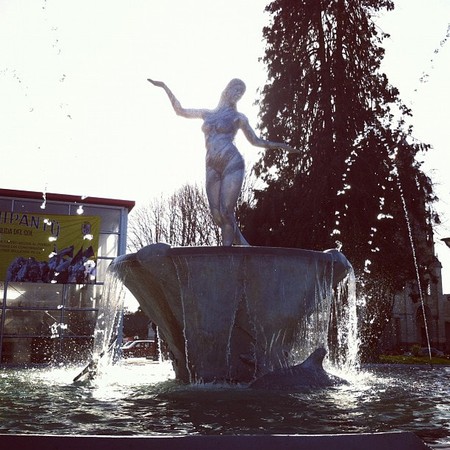 The only son of Millalobo, El Pincoy is almost a split image, as he too has the body of a seal, but the full head of a human, including long golden hair that magically attracts women. Along with his sister, he is responsible for carrying deceased sailors to the Caleuche.

This daughter of Millalobo is said to have incomparable beauty, that is irresistible to men, and is often described to be covered in kelp, riding above the surface of the sea. She helps her siblings carry fallen sailors aboard the Caleuche.