10 Things to Know About Visiting the Ojos del Salado, Chile

Riding the border of Argentina, Chile stakes claim to an absolute monster of a volcano, sitting completely alone in the middle of one of the driest, most uninhabitable places on earth. For those who are interested in visiting Ojos del Salado, and those thinking of climbing it, there are a few things you should know about the history, and conditions of this towering figure.

One of the most appealing attractions about making the trek to visit the Ojos del Salado, is the fact that this is the highest volcano, not only in South America, but the world. At a staggering 6,893 meters or 22,615 feet above sea level, the Ojos del Salado is a world beater and one of a kind which has always attracted people to view it, or attempt to conquer it.

Ojos del Salado would be considered an active volcano, but what distinguishes active, and dormant, still creates a bit of confusion even for geologists, as there are sometimes few signs to concretely classify a volcano. Ojos is deemed an active volcano with its last recorded activity being a minor emission of ash back in 1993. 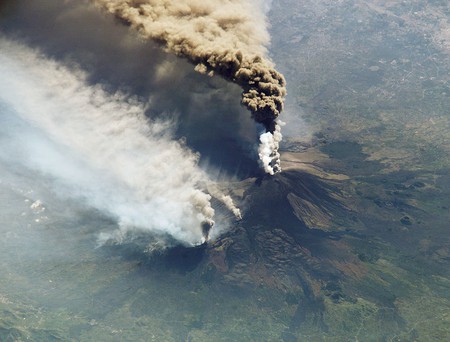 Don’t worry, the chances of you feeling a rumble as you ascend the volcano are very, very minimal. Some geologists would say that Ojos del Salado would be classified as active, but more specifically as what they call historically active, being that the last proper eruption, geologists believe, has been dated back to approximately 1300 years ago.

For the veteran climber, the ascent up the volcano, would be considered easy however, the final stages prior to the summit can be very challenging. Being in a very dry desert, but at high altitude, there can be snow, ice, or loose rock and gravel which becomes quite tricky, and may require the use of ropes to assist the final portion of the ascent. 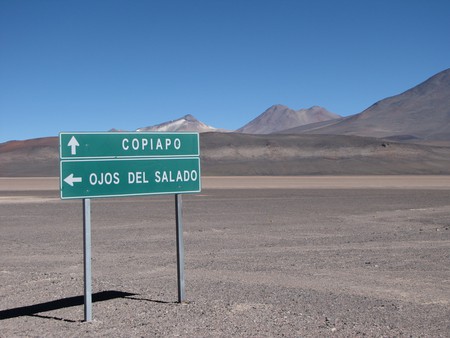 Eyes of the Salty One

The name, Ojos del Salado, translates roughly to Eyes of the Salty One and the reasoning may lead you completely astray as it has nothing to do with climbing the volcano, or the high winds you may encounter. Instead, the volcano has very high salt deposits, and when these come in contact with the glacier lakes, it dissolves into what looks like that of an eye, hence giving it the Salty Eyed name.

This volcano is not only a record breaker in regards to its altitude, and high altitude lake but it is also the site of many record breaking attempts for the highest ascent aboard a land vehicle. At this moment, the record sits with Gonzalo Bravo G. and Eduardo Canales Moya who, in 2007, were able to reach an altitude of 6,688 meters, in a modified Suzuki Samurai, which is just a couple hundred meters of elevation below the summit. 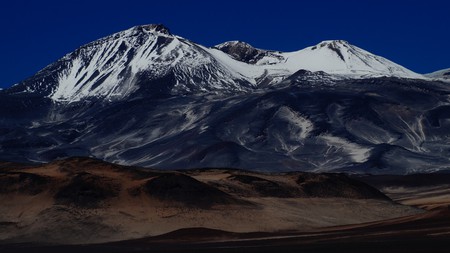 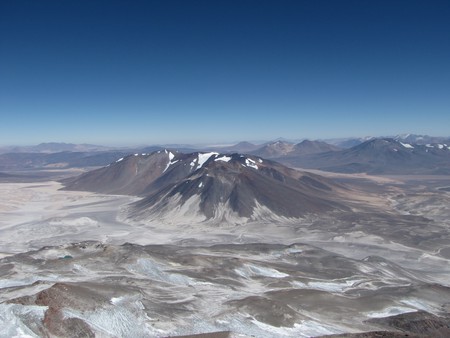 When it is mentioned that the hike up Ojos del Salado is considered easy, that does not mean that it is a walk in the park, or a simple afternoon hike. In fact, far from it as with the altitude and conditions, the ascent can take you between 7 and 15 days to go from the bottom to the summit, depending on the tour you select, and the pace you feel fits you and your experience the best.

Most of the tour operators will require, because of the physical exertion, that you have a medical with a qualified physician prior to booking your tour, to ensure you will be able to keep up with the hours of trekking each day. You are also encouraged to get special insurance to cover yourself from any possible scenarios that may occur during the ascent. 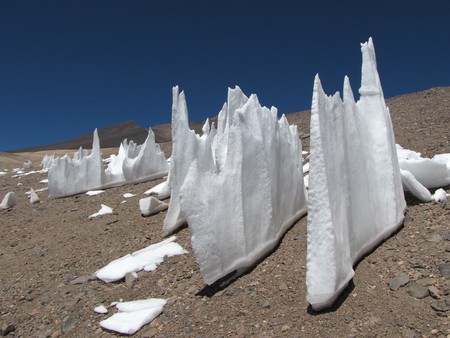