10 Non-Touristy Things to Do in Santiago, Chile 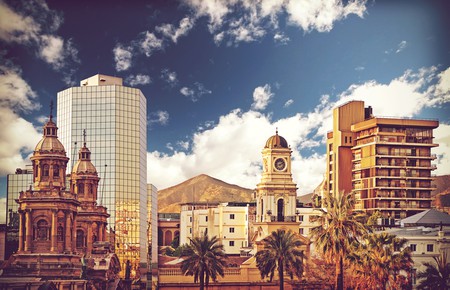 It’s easy to pick up a guide book and select the popular tourist sights and attractions of any desired city. But sometimes, to get to the real heart and soul of your destination, it’s better to dig a little deeper. When in Santiago, avoid the typical tourist traps and do as the Chileans do. Experience the place like a local and find out what this blossoming South American city is really all about.

See a live performance at GAM

From theater to film screenings, indigenous language workshops to dance recitals, there’s always something interesting happening at GAM, the Gabriela Mistral center for arts and culture. The center brings in both national and international acts for affordable performances, right in the center of the city. The free Museum of Popular American Art is also held underground in the main GAM building. Meanwhile, the cultural center is ripe for people-watching. You could fill up a whole afternoon sipping on a latte at GAM’s café and looking out at the practicing performers and schoolchildren.

Named after Chilean musician Fernando Báez Parra, nephew of famed Chilean poet Nicanor Parra, this gritty Bellavista venue is where to find a great party and live Chilean bands. Put on your dancing shoes and don’t forget to bring cash to buy yourself a piscola (cola and pisco) mixed drink — a Chilean tradition. To check out the bands ahead of time, the venue’s Facebook page stays up to date.

March in a student protest

Walk a mile in the shoes of Chile’s student protestors. Since 2011, Chilean students have been organizing protests demanding structural improvements to the heavily-criticized education system. Education is a major political issue in Chile, where the difference in schooling between the rich and poor is stark. Learn more about the cause, and if you feel emboldened to join these guys in the streets, don’t be shy. Protests are generally very safe and open, though it is recommended to avoid the tail of any march and to leave once you’re done marching. Minor isolated violence tends to break out between local police and small groups of hooded protestors. 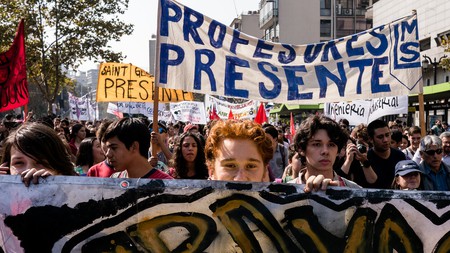 Even though this eccentric bookstore and gallery doesn’t take up much space, it can keep you entertained for hours. Founded by a group of local journalists, illustrators and designers, Plop! is where ideas, art and storytelling collide. Check their calendar to see if any events or workshops will be held while you’re in town, or just pop in on a lazy afternoon while wandering through the Lastarria neighborhood.

With offbeat décor and a fascinating history, Rincón de las Canallas is one of Santiago’s best kept secrets. During the oppressive days of the dictatorship, when there were strict rules about group meet-ups, restaurant owner Don Victor Painemal decided he would open his restaurant doors, providing a safe space for people to eat and share with one another. Though the original restaurant was burned down by the authorities, the community the place had created lived on and encouraged Painemal to open up another restaurant, the building standing today. 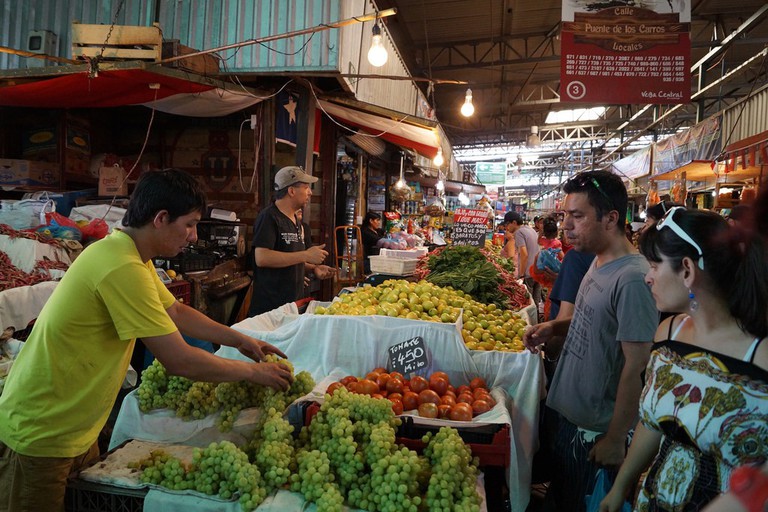 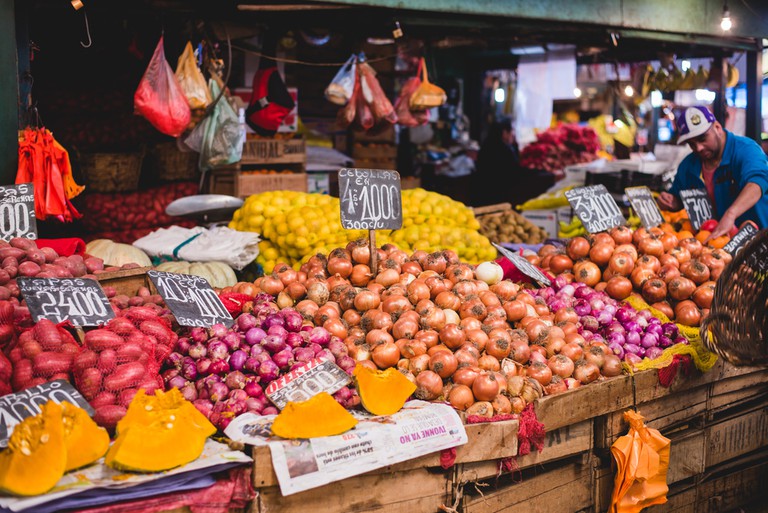 La Vega market Santiago | © Pablo Rogat/Shutterstock
This expansive, gritty market is a great place to pick up locally-grown fruits and vegetables, like the juicy cherimoya. Buy directly from local farmers and taste some of Chile’s very best produce. For prepared food, traditional Chilean dishes like cazuela are served at small restaurants at the back left section of the market at a low price. If you’re lucky, a local musician will serenade you as you wait for your food. Do make sure to leave the area early in the day, since shops close up around 2PM and the neighborhood becomes unsafe in the evenings.
Open In Google Maps
700 Dávila Baeza, Recoleta, Región Metropolitana, Chile
+56227373051
Visit Website
Give us feedback

Stroll down the streets of Barrio Italia

This beautiful up-and-coming neighborhood hasn’t yet attracted the masses and manages to maintain a genuinely relaxing vibe. Barrio Italia’s quiet, shaded houses have slowly morphed into trendy shops, cafés and bars, though it’s still surrounded by an overwhelmingly residential area. Walking through Barrio Italia, you’re bound to stumble on something interesting, or a fun place to grab a bite or a drink.

Order a gin and tonic at Ruca Bar

Bar, Restaurant, Pub Grub, Mediterranean, European, $$$
Facebook
Email
Twitter
Pinterest
Copy link
Share
Map View
Offering a hip ambiance tucked away in the peaceful and charming Barrio Italia, Ruca Bar is a wonderful spot to relax and unwind with Chileans and expats alike. Do arrive early on Thursdays. Tables fill up fast due to their generous happy hour, which offers gin and tonics for only a luca (less than two dollars).
Open In Google Maps
868 Avenida Condell, Barrio Italia, Providencia, Región Metropolitana, 7500000, Chile
+56227060813
Give us feedback

Take the yellow metro line to the Franklin stop and wander around Persa Bío Bío’s giant warehouses, or galpones, filled with oddities, records, old clothing, furniture, instruments and more. In addition to the shopping, this place fills up with some interesting characters and you can even catch live music on the streets. 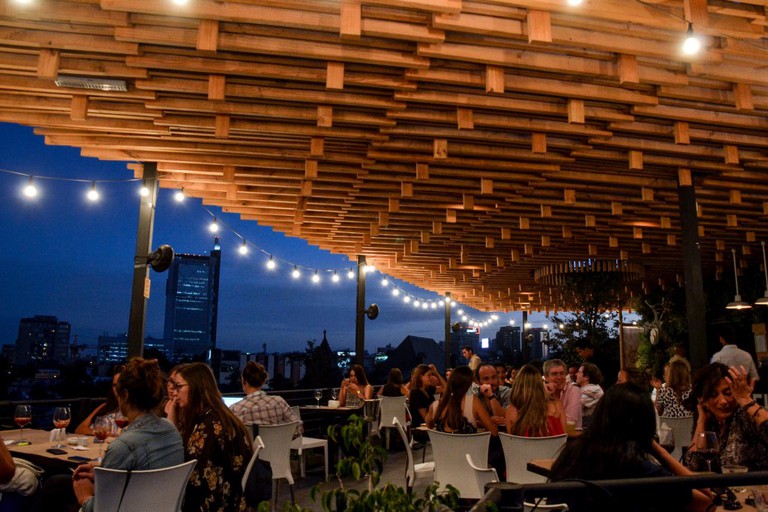 Take in the view at Azotea Matilde

This rooftop restaurant in the Bellavista neighborhood is perfect if you’re looking for a meal with a view. The serene patio is heated during the winter, so it’s open for business year-round. The top-notch international menu is fairly diverse and is changing constantly, though you can enjoy this place just as much sipping on one of their delicious cocktails. Do make sure to make a reservation via email beforehand, as the restaurant accommodates a small number of people at any given time.

This shopping neighborhood offers some of the thriftiest deals in town for clothes, jewelry, shoes and more. Invest some time walking up and down the streets and scouring through different stores. You’ll be surprised what kind of cute duds turn up when you look hard enough. When you’re done shopping, stick around to try one of the neighborhood’s many Korean restaurants. The bibim bap at Sukine is a real treat, while Chicken Story serves up the city’s best Korean Fried Chicken.