10 Films that Will Make You Fall in Love with Chile 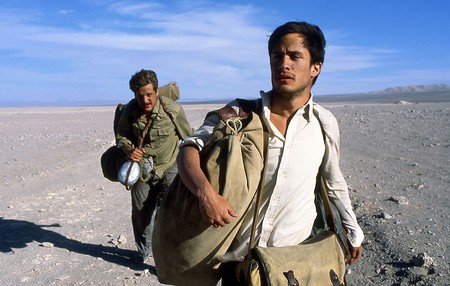 Not all Chilean films have a happy ending, but they do dig deep into the country’s history and show off its beautiful landscapes. Here’s our must-watch guide to Chile’s best cinematic titles.

A dramatic film that sparks wanderlust among many, this movie recounts the journey across South America by two young boys: 23-year-old Ernesto Guevara and his friend Alberto Granado. What starts out as a freeing and hedonistic journey becomes a rather eye-opening realisation of the injustices of the continent. In Chile, they meet a communist couple forced to live a life on the road as they seek work. Guevara and his friend accompany the poor couple, and after seeing how the other half live, get agitated at the way of the world they live in.

What begins as an exciting family road trip to the North of Chile quickly turns sour. What feels like a never-ending desert actually questions a lot between the family. As the relationship between the parents grows hostile, Lucia and her brother are unaware this could be their last family holiday, and the farewell of their father.

Teaching maths in a high school, Patricio Contreras plays Ramiro Orellana, a man who becomes ‘politically unreliable’ and is under scrutiny from the military dictatorship. As he ‘s not a definite threat, the rulers decide to send him to the south, into exile. Sent to ‘La Frontera’, a land known by many for its natural disasters, the village he finds himself in has been destroyed by a large tidal wave and is now trying to rebuild its community. What could have been a sad story of torture and abuse turns out to be a blessing in disguise as Ramiro settles into his new life; appreciating the change, the natural environment and the seclusion.

If you find black and white pictures rather romantic, this one is for you. A film from 1969 and set in Valparaiso, tells the story of four orphaned children that have to fend for themselves after their father is arrested for stealing. Their situation was desperate: while the father was out looking for food to feed his family, he’s caught red-handed which leaves his children with the new reality of life on the street. This film shows how the children try to get by with what little they have, and shows them growing up rather quickly as they learn how to survive on their own. Unfortunately there is no happy ending for this film, although their journey is fascinating nonetheless.

Based on the novel Naturaleza muerta con cachimba by José Donoso, this film was co-produced in Argentina and Spain. The story follows Marcos, played by Pablo Schwartz, who works in a bank and thinks only of his love, Hilda, played by Mariana Loyola. In an attempt to woo her, Marcos plans a romantic getaway for them to go to a remote spa in the middle of winter. When they arrive, he discovers something that will change his life forever. A collection of paintings by an unknown Chilean painter. The battle for ownership begins!

A documentary by Patricio Guzmán released in 2010, this film explores the history and astronomy of Chile, conducted through a number of interviews and narrated by Guzmán himself. The film can be seen as a metaphor in that astronomers look into the celestial skies in search of answers, while the women search for their husbands and loved ones that disappeared during Pinochet’s brutal regime. The stories show the destruction left after the dictatorship, a fate which many families suffered.

Football in South America has created rivalries between countries for decades. For these young Chilean boys, the story depicts their passions and frustrations. Following three different stories: a football team with a growing rift, a group of boys in Calama who fight over the ownership of a ball that found its way into their hands, and the third, a young Santiaguino boy who is stranded on Chiloé Island.

Based on the novel of the same title, this film is set in the deep depths of Chiflón del Diablo, one of the oldest Chilean coal mines – and one of the largest in the world. A fascinating insight into the lives of coal miners during the ’90s as rebellion begins to brew between the workers. Sub Terra depicts the contrast of environments and a divide between the rich and the poor.

This dramatic comedy, also known as Loco Fever, is set in a rural fishing village in the South of Chile and features love, lust and corruption. All hell breaks loose when the Chilean authorities lift the ban on the ‘el loco’ shellfish, filling the air with greed and lust for these aphrodisiacs desired by many. Everyone’s looking for their lucky break, from the local fishermen, to prostitutes, con artists and smarmy salesmen.

After growing up and spending his whole childhood in New York, this film follows a young boy’s journey back to Chile with his parents. Ivan gains the nickname ‘Gringuito’ as he struggles to adjust to new life experiences in Chile. While staring out his window and longing for his life in New York, Ivan’s displacement makes him feel detached from life as though it is odd and ugly. After escaping the confines of his home, he starts to experience the real Chile.