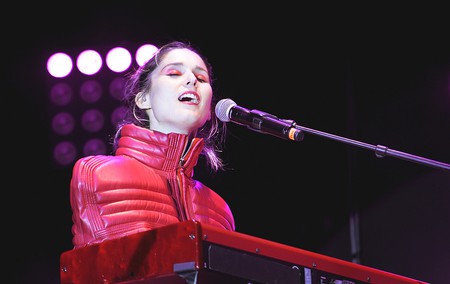 Don’t let Chile’s small, skinny size fool you. This country’s music scene offers an abundance of leading pop, rock, rap and cumbia artists in Latin America. If you’ve never heard of the following 10 Chilean artists, this is your opportunity to add some quality Spanish-language tracks to your playlist.

Chilean-French MC Ana Tijoux has been writing and rapping about social injustice for decades. Her hard-hitting lyrics and genius musical collaborations have earned her Grammy nominations, international acclaim and the honor of being one of Latin America’s most talented contemporary hip-hop artists.

Formerly the vocalist for the Chilean band Teleradio Donoso, singer-songwriter Álex Anwandter launched his solo pop career in 2010. Since then, Anwandter has been nominated for two Latin Grammys and transformed into a leading South American artist. Incorporating danceable disco beats, smart lyrics and fierce vocals, Anwandter is a unique and talented Chilean musician on the rise.

The Afrobeat genre in Chile was essentially unheard of until the arrival of Newen Afrobeat in 2009. Though initially perceived as bichos raros, or “weirdos”, over the past seven years the band has not only developed an Afrobeat audience in Chile, but also toured their tunes around the globe. The band has collaborated with some of the world’s top Afrobeat musicians, including genre pioneer Fela Kuti’s youngest son, Seun.

These kings of cumbia are local favorites with international appeal. Their playful, dramatic songs mixed with the danceable cumbia beat make for excellent party tunes. Pour yourself a Chilean piscola (pisco with Coke) listen up and move those hips.

This beloved alternative rock band has been cultivating Chilean teenage angst since 1990. The band initially formed in the southern city of Concepción, known as the cradle of Chilean rock. Heavily influenced by Chilean folklore as well as 60s and 70s rock music, Los Bunkers have left an impressive musical legacy behind, standing tall among Latin America’s best rockers.

Chile’s pop princess is so much more than her fabulous voice, fun dance tracks and introspective alternative rock tunes. After her first two albums went platinum in Chile, Valenzuela has dedicated part of her career to advocate for female performers in Latin America’s entertainment scene. This is the second year of the women’s musical festival Ruidosa, an event Valenzuela organizes to boost the careers of Chile’s female artists.

Gondwana is all about the chill vibes. This leading Chilean reggae band gets its unique name from the ancient supercontinent that joined South America with Africa. Largely influenced by musicians like The Police, Gondwana’s reggae style has been evolving since 1987, when the band first formed.

These sexy salsa-singing chicos are on the rise in Chile, breaking hearts at every turn. Romantic, body positive and unstoppable dancers, try to see these guys live if you can. Besides salsa, Moral Distraída also incorporates Cuban and Uruguayan sounds into their music, in addition to hip-hop and reggaeton.

Nobody does tropical cumbia quite like Villa Cariño. Mixed with some funk, salsa and timba sounds, Villa Cariño’s irreverent and somewhat raunchy music has a touch of angst mixed into their cumbia fusion.