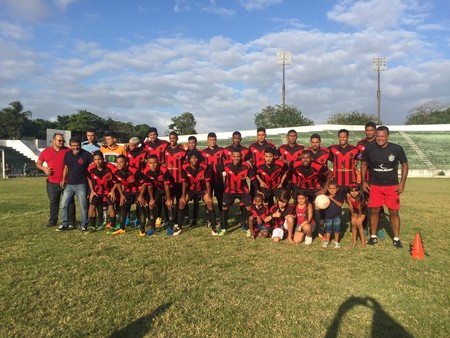 Íbis Sport Club, from the Brazilian city of Recife, is known as the worst soccer club in the world, regularly going months and even years without winning a single match. This season, however, the team has been in miraculously good form, winning four of its last five games. Not used to such success, the club’s fans have staged a hilarious protest, demanding Íbis starts losing again.

Founded in 1938, Íbis was one of the original members of the Pernambuco Football Federation and is a fairly traditional club at a regional level. In the ’70s and ’80s, Íbis’s statistics took a severe dip, gaining the club nationwide fame: between 1980 and 1984, Íbis lost every single match, a slump that earned the club an entry in the Guinness Book of Records for the longest period any soccer club had gone without a victory (Three years and 11 months).

This season, Íbis is unrecognizable. Playing in the second division of the Pernambuco state championship after two years without a win, three consecutive victories saw Íbis equal its best winning streak—three matches in a row in 1998—and rocketing to the top of the league. A draw and win against Centro Limoeirense on Wednesday, October 4, saw the club maintain its unbeaten record, making Íbis a favorite for promotion to the first division.

Despite being on its best run of form in living memory, Íbis fans have taken to the streets and social media to protest the club’s winning streak, demanding defeats from here on out, fearing that Íbis will lose its status as the worst soccer club in the world.

Club President Ozir Júnior’s walls have been graffitied with messages such as “The peace is over” and “We want defeats” and calls for the board to be fired. The mastermind behind the unrest is 30-year-old Nilsinho Filho, Íbis supporter and social media publicist.

In 2009, Nilsinho started a Twitter account, @Ibismania to post club news and criticize rival teams. His following grew to the extent that his is now the official Íbis Twitter account, with almost 90,000 followers. He spoke to Culture Trip in the aftermath of Íbis’s win against Centro Limoeirense on Wednesday. “This is a terrible time for the club,” he begins in a somber mood.

“The culprit for these wins is the coach, Ricardo Guardiola,” says Nilsinho. “He’s doing an absurd job, getting blood from a stone. It won’t take long until he is in charge of the Brazilian national team.”

Following social media campaigns and protests, Nilsinho is running out of ideas on what to do to stop the club’s winning streak. “I’ve set fire to one of my shirts, I’ve staged a protest at one of the players’ get-togethers, and what do they do? They keep winning,” he complains. “I don’t know what else I can do.” 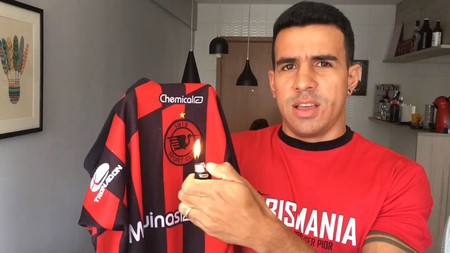 One solution may be Íbis’s most famous supporter, Mauro Shampoo. For Nilsinho, Mauro Shampoo is the solution to get Íbis back on track. “Every time Mauro goes to watch Íbis, something strange happens”, he says. “In the one match he went to this season, Íbis didn’t win, we tied. We’ve got to take him along more often.”

As the star center-forward during Íbis’s record-setting streak of losses, Shampoo became famous for being the worst player at the worst soccer club in the world. In 10 years playing for Íbis, he scored only one goal. With his dark, curly mane (inspired by Diego Maradona‘s), Shampoo divided his time between Íbis and cutting hair at his Recife salon, an establishment he still runs today. 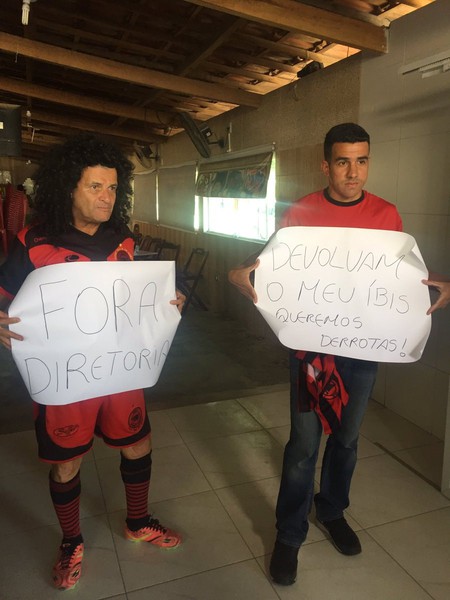 Due to other commitments, Shampoo couldn’t make it to any of Íbis’s first three victories this season. “For the fourth game, I had to go to the stadium in disguise,” Shampoo told Culture Trip. “Imagine if we had lost the match? Everyone would have blamed me!”