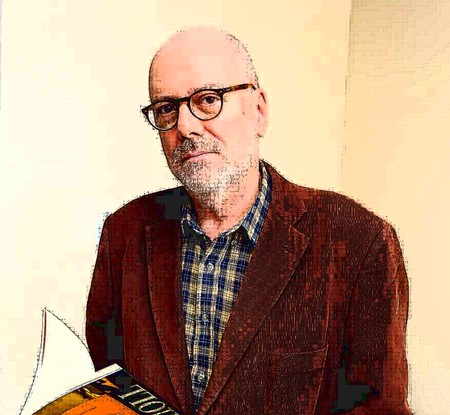 The recently deceased novelist and short story writer has only begun to be receive the due recognized he deserves.

This past March, the acclaimed Brazilian writer João Gilberto Noll died at the age of 70. In a roundtable discussion hosted by Literary Hub a week after his death, translator and publisher Stefan Tobler compared him to social satirists George Saunders and Gary Lutz, observing that “[h]is books are loved in Brazil because he’s a daring writer, who explored radical experience and states of mind, including mental breakdown.” Writer and critic Scott Esposito noted that Noll, a queer writer, was “hugely original,” later noting that reading his work was like “reading a good poem” In fact, his novels were awarded several of Brazil’s awards, including the São Paulo Literary Prize and the prestigious Prêmio Jabuti on no less than five occasions.

Despite all the accolades and a bibliography that tallies up to more than fifteen novels and dozens of short stories, only a few of his works have been translated into English: Quiet Creature on the Corner, published in Brazil in 1991, was released by Two Lines Press last year, which they’ve now followed up with a new translation of his 1989 novel Atlantic Hotel. (A novella, Harmada, appeared in translation in the UK in 1997, and in 2012 Tobler translated an excerpt of Noll’s 2004 novel Lorde: (An English Gent).)

We can only hope that more of Noll’s works will make their way into English translation; The themes he tackles—about power, control, violence, misogyny, identity, and toxic masculinity–are deeply applicable to our current socio-political moment. That his prose evokes both unlikely empathy and harrowing complicity suggests that his literature can point the way to some ineffable qualities of ongoing issues on scales ranging from the personal to the national.

Tonally speaking, in Adam Morris’s sharp translations these two short novels recall (for this reader, at least) the ambiguities of Kazuo Ishiguro’s masterful The Unconsoled. As is the case in Ishiguro’s novel, the characters in both works travel through a shifting landscape, their relationship to it (and the people residing there) changing over time, creating a sense of menace as the reader considers Noll’s underlying logic.. In Quiet Creature on the Corner, for instance, there is little peace for the reader: the novel’s sense of time is marked by jarring shifts, sometimes within the same paragraph:

“Then they were snoring and it was dark, the only light a single lamp that was oscillating in the drafty corridor. The window in that little hole had iron bars that left such a narrow space between them that not even an arm would fit; I took a board from under one of the beds, pushed it against the wall, got on top of it, and peered out at the night through the bars. A guard was passing hurriedly in the distance in front of me, a rooster began to crow.”

There’s also the matter of its narrator revealing himself to be something of a sociopath: in the early pages, he rapes a woman, an act for which is is subsequently imprisoned. Soon afterwards, his relationship to time begins to break down. Several of his cohorts seem to be aging more quickly than they should, something the narrator refers to as “this strange dose of aging.” Some of the reveals are almost horror-movie-esque in their pacing: “Otávio was wearing a panicked expression. He’d transformed into a worn-out old man, a lump, larger than an avocado, had formed on the back of his head.” Either the narrator’s perception of time has become somehow impaired or the people around him are aging more quickly than he is; either way, the sensation is disconcerting for narrator and reader both.

One can view his subsequent disorientation as a sort of narrative payback, a purgatorial loss of control that responds to the narrator’s violent and controlling action. Others have interpreted the more surreal aspects of the novel as a nod to Brazilian politics of the time. For me, Noll pulls off the feat of keeping his narrator (and the situation in which he finds himself) compelling without excusing what he’s done.

Another kind of narrative shifting occurs in Atlantic Hotel. As the novel opens, its narrator is walking up the steps of a hotel when he catches sight of a corpse being carried out by what appear to be law enforcement personnel. “I regretted having walked into that hotel,” the narrator thinks. “But as I stood there, retreat only seemed another cowardly act I’d have to shoulder on my journey.” Already, there’s a sense of a story in progress that the reader is only now catching up with. He checks into a room and soon seduces one of the hotel’s employees. Once he leaves, he hails a cab and tells the driver to head to a clinic where he plans to seek treatment for his alcoholism. His demeanor, confident at first, becomes shattered—he talks about his age, of the ravages of it on his body, despite being “barely forty.”

Again and again, over the course of the novel, the narrator’s changes his identity: he tells one person he’s a salesman; he’s called upon to do the duties of a priest; he even identifies himself or is taken for an actor. Other paradoxes abound as well: at one point, his seduction of a woman he encounters borders on the toxically masculine; later in the novel, he has a vivid dream in which he’s a woman in a revealing dress, watching a man approach her on a beach.

At one point, the narrator makes an allusion to his past: “I’d spent years being dragged through the courts, facing down the sordid affairs of the justice system, too drained to believe my own innocence.” It’s one of the few glimpses the reader gets of just who this man actually might be. Given the amount of deaths that trail him, one might posit our narrator as a killer in a state of denial; or perhaps he suffers from a kind of severe alienation from humanity paralleled with a greater sense of alienation from life.

In reading Atlantic Hotel or Quiet Creature as works of realism, one could consider the novel to be as a case study in detachment. In an essay published after his death, Morris aptly wrote that Noll “concerned himself with the fate of humankind in a world that seemed to have lost its bearings.” Given that Noll lived in Brazil during its period of military dictatorship, as well as the aftermath of it, one can ascribe a political context to some of his preferred themes and images. As Tobler notes in the roundtable discussion, Noll’s invocation of “gay and homoerotic themes” and the surrealism of his work can be seen as a response or a provocation to more conservative (whether aesthetic or political) readers.

In a 2016 interview with translator and writer Katrina Dodson, Morris was asked how he had come to translate this novel. “[T]he novel selected me: the experience of shopping in a Brazilian sebo, or used bookstore, as the narrator of Quiet Creature does, can be quite hit or miss. I was looking for novels by Noll, and this was the first I managed to find.” Morris then discusses the dilemma of making work written in Portuguese available to a larger audience in translation, lamenting the fact that “[Brazilian literature] is underrepresented in [English-speaking] publisher lists most likely because Brazil was not until recently considered a very important country.”

This was likely one factor in terms of why Noll, despite a relatively high profile in the United States (including a Guggenheim Fellowship, a stint at the Iowa Writers’ Workshop, and a period of time teaching Brazilian literature at the University of California-Berkeley), has had a relatively small presence in English translation up until now. Another factor may just be bad luck and a desire by publishers to find younger writers. “I was lucky to hear [Noll] read and meet him properly in 2014,” Tobler recalled at the roundtable, “when he and Paulo Scott both happened to be in London on reading tours and were able to do a joint event. I had some trepidation, because as publisher at And Other Stories, I’d decided at the time to focus on a newer generation of writers (publishing Scott and Rodrigo de Souza Leão) rather than publishing the very deserving Noll.”

The haunting sensibilities of João Gilberto Noll’s fiction point to why it’s continuing to find readers now, and why it continues to be all too relevant. This is unsettling fiction in the best way: work that forces the reader to determine where they stand, and question nearly everything that they encounter.