Where to Find the Best Street Art in São Paulo

Avenida Cruzeiro do Sul | © Cranio/Flickr
In addition to being the financial hub of the South American continent, São Paulo is one of the most creative and culturally diverse cities in the world. São Paulo has produced some of the best street artists in world, and we are here to show you where some of the best places in the city are for seeing their murals. But you had better hurry, because the new mayor of São Paulo has threatened to paint over some of the street art he claims are “visually polluting” the city.

Without a doubt one of the things the Vila Madalena neighborhood is known for is its street art, specifically the Beco do Batman. But the Vila, as residents like to call the neighborhood, also has street art in most of its tree-shaded streets. Another alleyway well worth exploring is the Beco do Aprendiz. 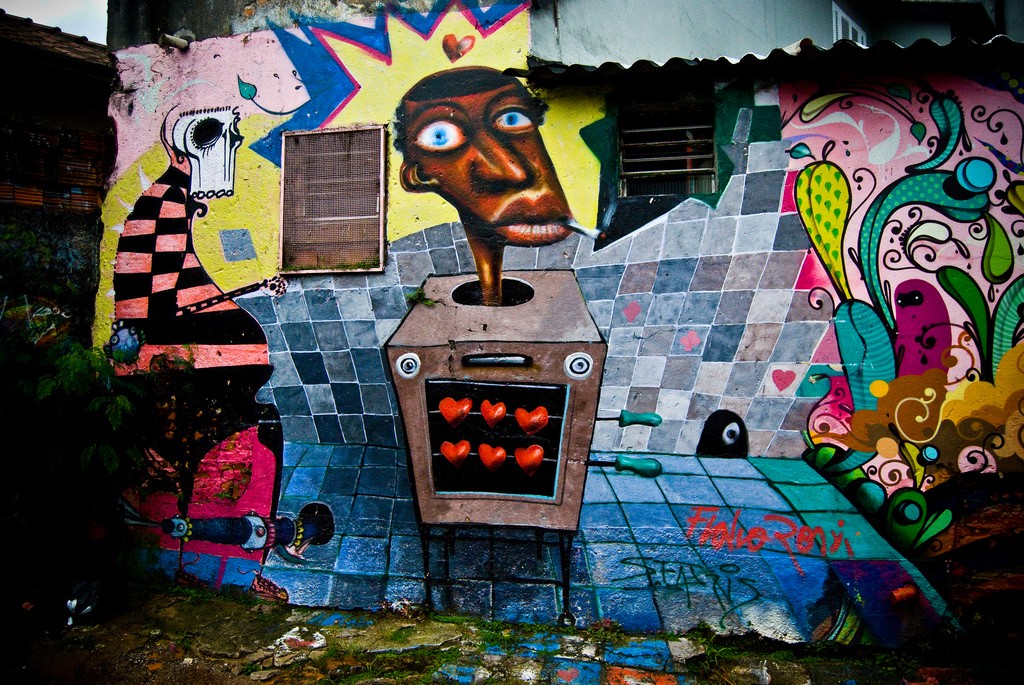 This narrow alleyway is covered with street art. The walls of the houses are composed of a mixture between ink and and plants that are born in the crevices of the walls. In this alley, every graffiti artist owns the wall where he paints – that is, after the owner’s permission, the only person who can paint there is the author of the original drawing. The entrance is at Rua Harmonia with the alleyway winding itself to end at Rua Medeiros de Albuquerque. 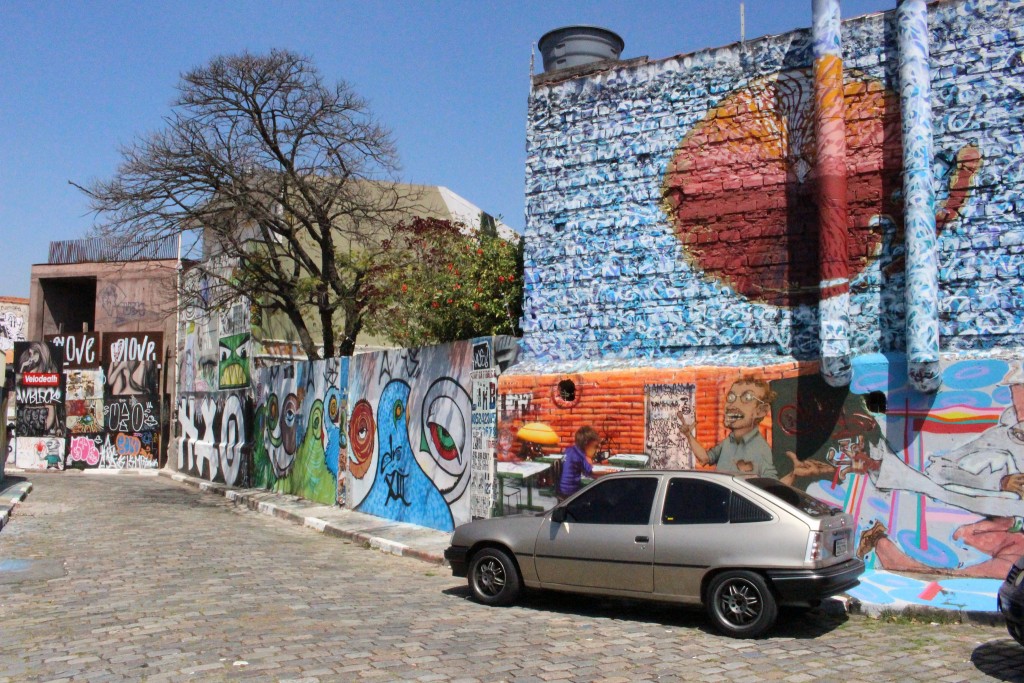 Art Gallery
Beco do Aprendiz | © Arte Fora do Museu
Once one of the shadier parts of the neighborhood, in 2002 the Beco do Aprendiz was transformed into an open-air art gallery with the work of dozens of graffiti artists. The name – translated into “apprentice alleyway” – hints at the fact that these artists were not able to make their claim to a space in Beco do Batman, but as you will see they are just as good and just as creative.
More Info
Open In Google Maps
113 Rua Belmiro Braga, Pinheiros São Paulo, 05432-020, Brazil
View menu
Visit website
Visit Facebook page
Send an Email
Give us feedback

Although today Vila Madalena is where most people go to appreciate street art, it is impossible to talk about graffiti in São Paulo and not mention the Cambuci neighborhood. It was here that the famous artists Otávio and Gustavo Pandolfo, known as OsGemeos got their start and where you can still see many of their earlier works. Work your way down Rua Lavapés, starting at the corner with Rua Justo Azambuja and see all the beautiful graffiti on walls, doors and even trashcans. 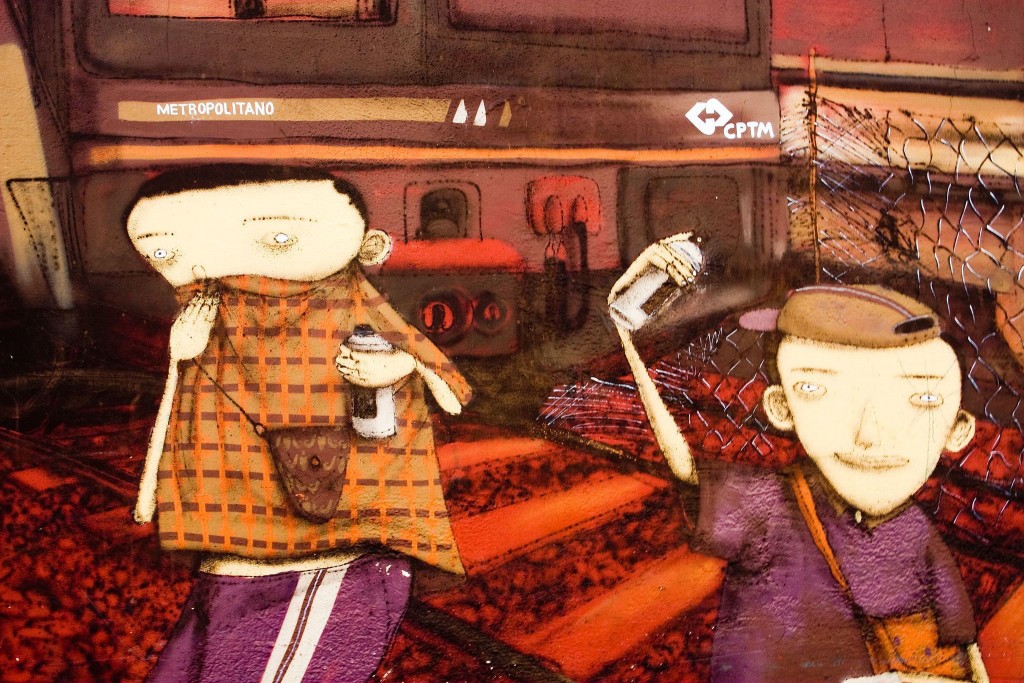 With street art dominating the Vila Madalena neighborhood, artists started to set their eyes on neighboring Pinheiros, and today there is a great selection of street art to see in that neighborhood also. The Benedito Calixto square – which on Saturdays are filled with artisans selling antiques and handicraft – during the week reveals beautiful designs made by very talented graffiti artists. 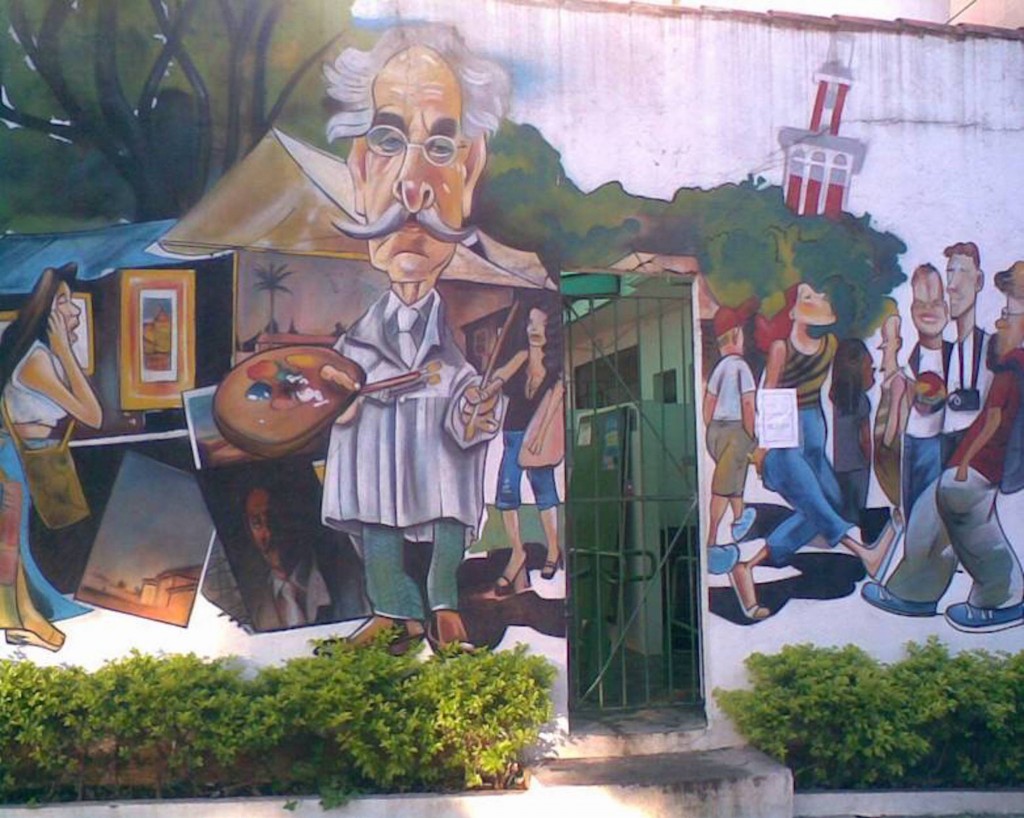 Not only sushi and Japanese trinkets are found in the Liberdade neighborhood. Around the streets Rua Galvão Bueno and Rua Glória it is possible to find several works of art, scattered between walls and doors of commercial establishments. Not surprisingly, it is common to see designs with hints of manga (Japanese comics) characters. 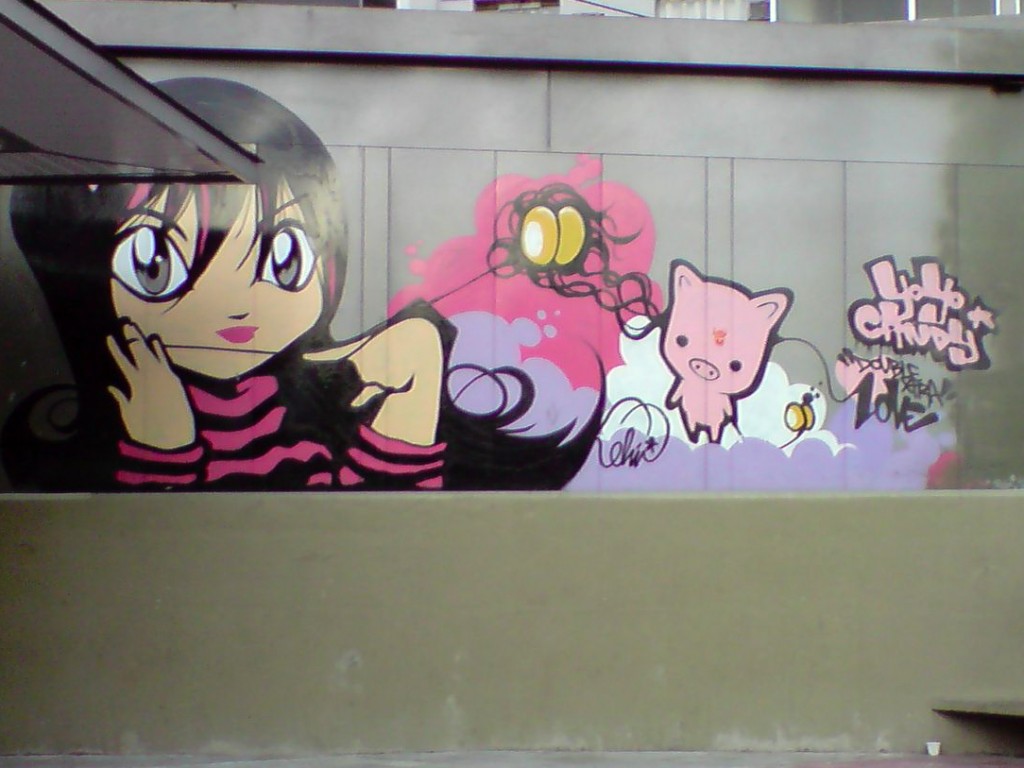 Museum
Avenida Cruzeiro do Sul | © Cranio/Flickr
Avenida Cruzeiro do Sul, located in the northern end of the city, is considered by many street art connoisseurs as being the first Open Museum of Urban Art in São Paulo. In the last few years, the 33 pillars supporting the blue subway line at Carandiru Station have won several drawings by renowned artists such as Speto, Binho, Chivitz, Akeni, Minhau, Larkone, Onesto and Zezão.
More Info
Open In Google Maps
Sao Paulo, Brazil
View menu
Visit website
Visit Facebook page
Send an Email
Give us feedback

Bridge
23 de Maio graffiti | © Marco Gomes/Flickr
Although in 2017 the incoming mayor of São Paulo is promising to take down much of the graffiti on Avenida 23 de Maio, what is likely to remain should still be impressive. On the 70 walls along one of the busiest thoroughfares of the city, more than 200 artists were able to express themselves and show their artistry, leaving the transit in this main corridor less exhausting for those caught in the constant traffic jams. The graffitis found near Avenida Brigadeiro Luís Antonio are worth a closer visit. If you can, observe the drawings from above, on the Jaceguai bridge.
More Info
Open In Google Maps
Sao Paulo, Brazil
View menu
Visit website
Visit Facebook page
Send an Email
Give us feedback
Give us feedback