What to Do on a Rainy Day in Florianopolis 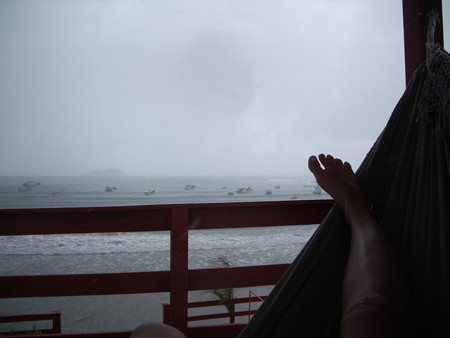 When the sun is out on the coastal towns of Brazil, anyone who is not tied up with obligations will be planning their escape to the beach. But don’t let the photos of sunny Brazil fool you; it does rain here too. And in Florianopolis, when it rains, it pours. Here’s how you can make the best of it, come rain or shine.

So you’re on a tropical island where everything you had planned revolves around the assumption that the weather will be warm and sunny. In the event of rain, you have two main directions in which you can take your day. One involves sitting around feeling sorry for yourself and waiting for the rain to stop. The other is to accept that it’s just water and that there are still things to do when it rains. In fact, this is the perfect opportunity to explore Florianopolis.

One thing that is helpful to know about Florianopolis, is that the weather is often black or white, rain or shine. This contrast means you can often trust the sky and forest – when you feel a dampness in the air and see dark clouds rolling in from the horizon, it’s generally just a matter of time before the heavens open up.

With the cheap and decently efficient bus system in Florianopolis, you can easily combine activities – or you can simply pick one to fill the afternoon, after a relaxing morning of sipping on Brazilian coffee and watching the rain fall. 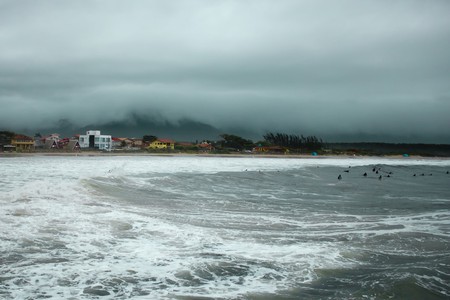 Start by jumping on any bus that says TICEN (‘TI’ refers to terminal and ‘CEN’ refers to Centro) and head downtown. Cross the road at the central bus terminal, which will be the final stop, and you’ll find yourself right in the centre of the local market. Here, you can buy an umbrella or poncho, if you don’t have one already, and wander around the stalls, where you can buy almost anything. Stroll through the indoor and outdoor markets, and head to the Palace of the Governors, which is a landmark building in Floripa (as the locals call it) and also the largest museum in the city. 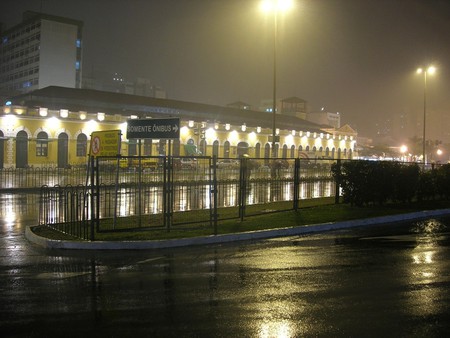 You won’t find many people on the beach when it’s raining, but some of the neighbouring towns are quite enchanting on a rainy day, including one of the most historic, Santo Antônio da Lisboa. From the main terminal downtown, this town on the northwest coast is just one (scenic and dry) TISAN bus-ride away. Facing the mainland, it’s lined with cobblestone roads, features a historic church, and is rimmed with some delicious seafood restaurants right on the water’s edge. 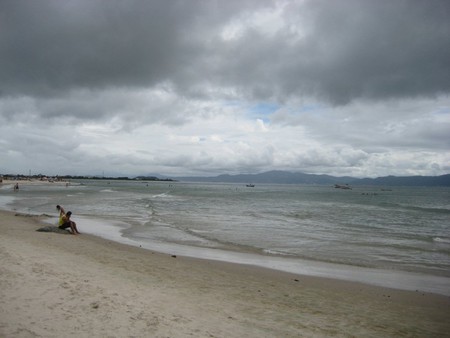 Continue north from Santo Antônio da Lisboa in the direction of the most northern city, Canasvieiras. In the very northwest corner of the island is the Fortaleza de São José de Ponta Grossa. A mouthful to pronounce, this fortress takes an afternoon to explore, with grounds strategically located, overlooking the water and passageway between the mainland of Brazil and the straight leading to the city centre. 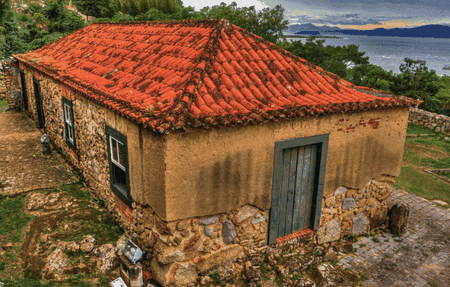 Another way to dodge the rain is to rent a car and drive around the empty roads and through the countryside. Explore parts of the island you normally wouldn’t venture to if the weather was clear. Also, rain doesn’t really matter if you’re already soaking wet. Take advantage of the downpour and, if it’s not too cold, go swimming or rafting down one of the rivers, with gushing rapids that will surely make for an exciting day.