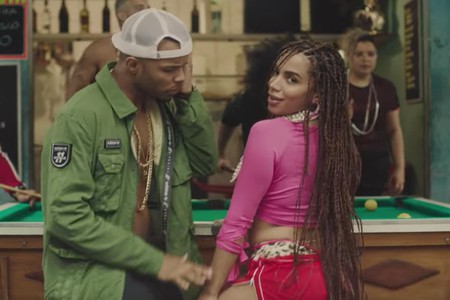 A popular Brazilian music video by singer Anitta has been accused of sexism and cultural appropriation.

‘Vai Malandra’, which was shot by disgraced celebrity photographer Terry Richardson, has been viewed more than 60 million times on YouTube.

The singer, whose father is black, normally sports her hair sleek and wavy but it’s tied into braids for the clip.

Earlier this year, she was accused of cultural appropriation when she posted photos of herself shooting the video in Salvador.

Stephanie Ribeiro, an architect and activist, wrote in a column for Marie Claire: ‘Anitta uses blackness when it suits her.’

But the singer hit back in the Folha de S Paulo newspaper, saying: ‘Nobody is totally white in Brazil.’

Anitta, whose other hits include ‘Show das Poderosas’, ‘Deixa Ele Sofrer’ and ‘Bang’, has also come under fire for hiring Richardson to direct the video, which was released earlier this month. 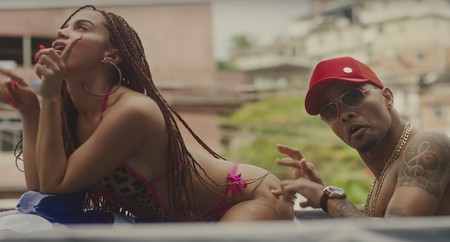 The photographer was recently blacklisted by Condé Nast – publishers of GQ, Vogue and Vanity Fair – after repeated allegations of sexual abuse during the #MeToo Twitter campaign.

Juliana Borges, a researcher at the Foundation School of Sociology and Politics in São Paulo, criticised Anitta’s decision to employ Richardson just as ‘women are raising their voices against abuse, harassment and sexist violence in cultural industries’.

She wrote for women’s magazine Claudia: ‘The least we should do is guarantee that abusers are ostracised.’ 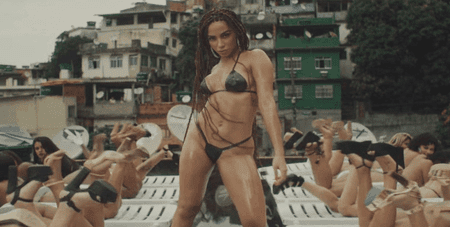 Anitta has issued a statement in response saying that she had taken legal advice after discovering the accusations against Richardson.

She said: ‘We studied all the possibilities. This is not just one person’s work.’

The singer added: ‘As a woman I insist on reaffirming that I repudiate any kind of harassment and violence against us.’

Others have praised the video, which opens with a close-up of Anitta’s bottom and her cellulite, for its body-positive approach and claimed it empowers Brazilian women and celebrates black women’s sexuality.

‘Vai Malandra’ has become the first song in Portuguese to enter the Spotify Global top 20 chart.